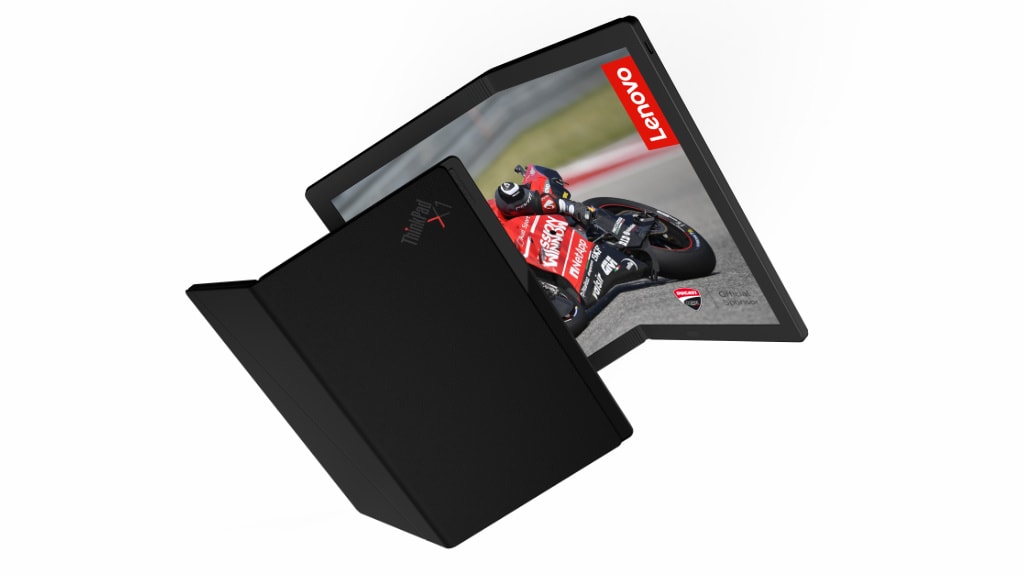 The Samsung Galaxy Fold and Huawei Mate X are making foldable phones a reality, but Lenovo is taking things a step further by announcing the world’s first foldable PC.

Part of Lenovo’s Thinkpad X1 line of PCs, the device features a 13.3-inch LG-made OLED display with 2K resolution and a 4:3 aspect ratio. Because the device folds inwards, you theoretically don’t have to worry about the display getting scuffed in your bag.

That said, the quality of the display is the larger concern. Based on impressions from outlets that went hands-on with a functional prototype, the display was dim and had poor viewing angles. Keep in mind that it’s unfinished hardware — Lenovo hopes to launch its foldable PC some time in 2020.

Continuing with the hardware, Lenovo said an Intel processor powers the foldable PC. The company is aiming for a full day of use, with planned support for cellular data. Additionally, the device comes bundled with a Wacom pen and separate keyboard to improve productivity.

As promising as the hardware is, the Galaxy Fold reminded us that foldable devices are still in their infancy. Lenovo told The Verge that it’s working to avoid the Galaxy Fold’s issues. The company is also doubling the testing on its device’s hinge to ensure functionality and reliability.

Software is a different story. Even though the device currently being shown off to press runs Windows 10, Lenovo said the final version won’t run Microsoft’s OS. That opens up more possibilities for software to better take advantage of the foldable PC’s unique form-factor.

Lenovo didn’t talk pricing or exact availability, but don’t expect the foldable PC to come cheap. The Galaxy Fold starts at $1,980, so a price above $2,000 isn’t out of the realm of possibility.