Forget .com: Get ready for .google and .apple
Advertisement 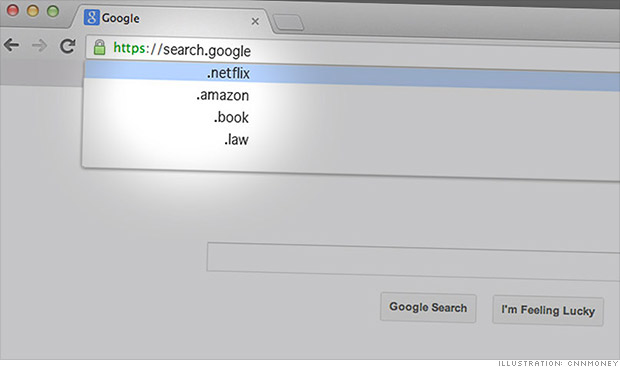 The largest-ever expansion of the Internet’s naming system, beyond trusty old .com and .org, is almost here: Hundreds of dot-anything websites are slated to roll out this year, starting as early as this summer.

The list of proposed new domains includes .google, .apple, .nyc and .book. It’s the first major expansion in more than a decade, and it’s a complicated process — one that has suffered through both technical delays and critics’ concerns.

Those applications weren’t cheap: ICANN charges $185,000 per proposal, fees that the group says are necessary to cover extensive reviews on each proposal. The technical setup and upkeep on a single domain will cost a company additional thousands, or in some cases, even millions of dollars, annually.

It’s an expensive change for everyone involved, and opinion is split. Supporters of the move agree that the .coms and .nets of the world have become saturated, and expansion could make it easier to score a “good” website address. They also say dot-brand sites will help companies to market themselves and to protect customers from spammy sites. For example, Barclays could warn that a purported online banking site isn’t legitimate unless it ends in .barclays.

The suffixes will also be more inclusive of global Internet users, with non-English alphabets like Russian and Arabic now allowed.

Critics counter that expanding domain names will be confusing for consumers. And opponents including the Association of National Advertisers (ANA) argue ICANN hasn’t adequately addressed all cybersecurity concerns.

ANA president Dan Jaffe said “the worst possible scenario” would be for someone to pretend to be a well-known company by starting a new site with a trusted brand name in the domain.

“The Internet marketplace is dependent on trust and faith, and it could all be eroded,” Jaffe said.

ICANN spokesman Brad White countered that the group has spent months soliciting opinions — both from experts and the public — on everything from security to trademark concerns. Plus, he says, the rigorous application process essentially works as a “background check.”

“You can’t just walk in and get one of these domains,” White said. “We created this new space in the context of what’s already out there — so we looked at cybersquatting issues, we looked at security problems, and we tried to make a new field that’s better.”

That current field includes just 21 gTLDs, not including “country codes” like .ca or .uk.

BEQUEAHTING THE KEYS TO YOUR DIGITAL AFTERLIFE