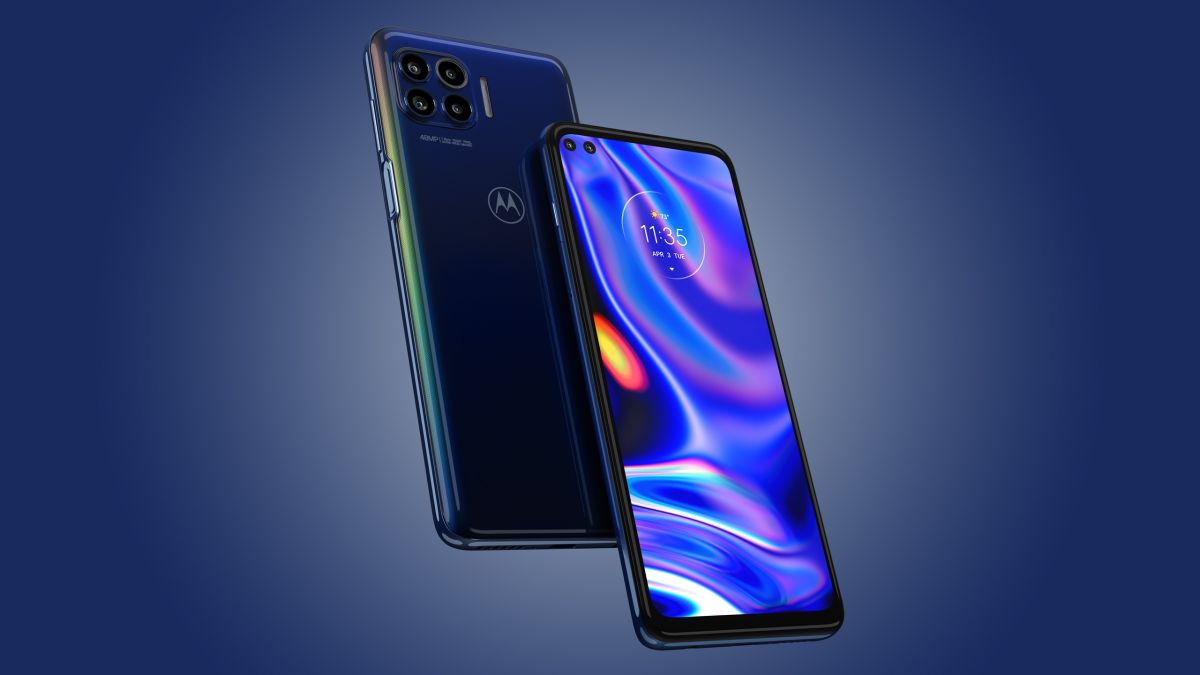 Motorola is finally launching an affordable 5G phone of its own. Today, the company announced the Motorola One 5G — a device coming to AT&T and Verizon soon, where it’ll reportedly be available for under $500.

That’s all the information Motorola can share on pricing thus far; we don’t know how far under $500 the Motorola One 5G will fall. But we do know it’ll be powered by similar hardware to other relatively-inexpensive 5G phones, utilizing a Snapdragon 765 chipset in conjunction with 4GB of RAM and 128GB of storage.

This 6.7-inch handset also packs a 90Hz, HDR-certified full-HD display, though interestingly it’s an LCD panel, rather than an OLED one. As such, it’ll lack the vibrant colors and perfect blacks we’ve come to expect in higher-end smartphone displays, though that could aid battery life and will surely help keep the cost of this device down.

The quad-lens rear camera, which takes the shape of a square patch on the upper-left corner of the device, comprises a 48-megapixel primary sensor with an 8MP ultrawide camera, 5MP dedicated macro camera and 2MP depth sensor. On the front, there’s not one, but two shooters as well, enclosed in double hole-punch cutouts within the screen — a main 16MP lens supplemented by an 8MP ultrawide one.

The macro camera is encircled with its own LED flash that takes the shape of a ring around the lens itself. This was presumably done to keep light from the flash centered on the subject, since you’ll be shooting at extremely close distances, and any slight shifting of the direction of the flash would likely be more obvious than in a conventional photo from a more distant vantage point. It certainly draws attention to the macro shooter relative to the other lenses, though macro cameras in phones are pretty over-hyped as they are, so here’s hoping this one is more than just a gimmick.

Otherwise, for the most part, this is your run-of-the-mill Motorola One device that happens to support 5G connectivity. Though, for what it’s worth, the device’s specs seem somewhat underwhelming compared to rivals at first blush.

The OnePlus Nord, for example, isn’t sold in the U.S. but goes for the equivalent of roughly $480 in Europe and the U.K., and that device has twice the RAM, Qualcomm’s 765G chip (which packs a slightly more capable GPU than the one in Motorola’s phone), a 90Hz AMOLED screen and double the charging speed, at 30 watts. Samsung also now offers a 5G model of the recently-released Galaxy A51.

And if you don’t yet need 5G — which you probably don’t, judging by its underwhelming speeds thus far — the new Google Pixel 4a and iPhone SE are more compelling values at $349 and $399, respectively. The Pixel 4a carries the same main lens you’ll find in the flagship Pixel 4, whereas the iPhone SE smokes it and every other Android phone in terms of performance, thanks to Apple’s blisteringly-quick A13 Bionic silicon.

There’s also a 5G version of the Pixel 4a on the horizon, likely to carry the same chip as the Motorola One 5G and cost about the same, too.

Perhaps Motorola could pleasantly surprise us and come in well below $500, which would make the Motorola One 5G unquestionably the cheapest 5G phone available in the U.S. Still, this device won’t be sold unlocked — you’ll have to be on AT&T to get it upon release later this month. Later down the pike, it’ll arrive on Verizon’s 5G millimeter-wave network. You can look forward to our hands-on impressions and review of the Motorola One 5G in the coming weeks.

iPhone 12 accessories: what kit do we expect will come with the new iPhone?