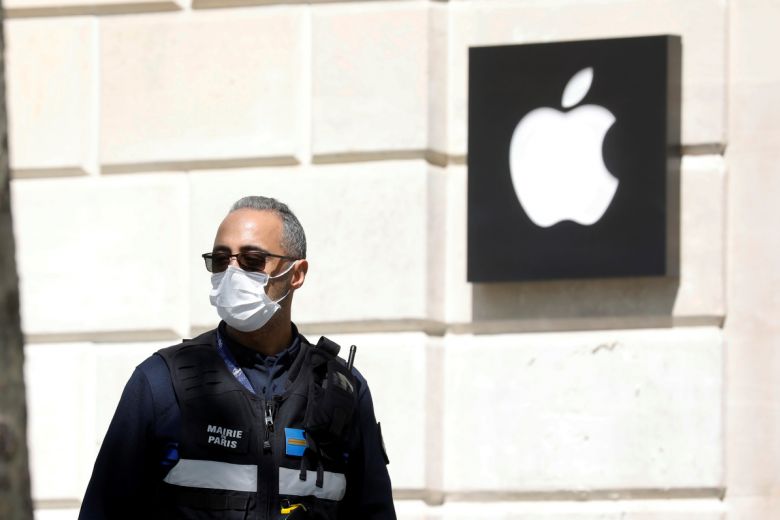 France has asked Apple to lift a technical obstacle that it says is standing in the way of rolling out a contact-tracing application designed to manage and monitor the spread of COVID-19. The app — similar to that currently being developed by Apple and Google, and which has become a part of daily life for people in China — is designed to help health services determine who infected people have come into contact with, and to help governments make decisions about easing movement restrictions.

The app — slated for launch in France on May 11th — relies on Bluetooth technology. However, Apple’s operating system won’t allow Bluetooth to run in the background if the data it obtains is going to be moved off the device — a measure designed to protect user privacy. Speaking to Bloomberg, France’s digital minister Cedric O said, “We’re asking Apple to lift the technical hurdle to allow us to develop a sovereign European health solution that will be tied our health system.” Apple, however, appears to be unreceptive to the request, instead referring to its plans for a similar app in partnership with Google.

This roadblock highlights a wider issue regarding the privacy measures associated with these types of apps. The American Civil Liberties Union (ACLU) recently published a lengthy white paper outlining the concerns they say need to be taken into account in order for contact tracing tech to be effective. In a blog post, the ACLU’s surveillance and cybersecurity counsel Jennifer Stisa Granick wrote, “While some of these systems could offer public health benefits, they may also cause significant risks to privacy, civil rights, and civil liberties.”

Instagram only had 13 employees when it was bought by Facebook for $1 billion. A decade later, here’s where they’ve all ended up.

T-Mobile still rolling out LTE and 5G networks amid pandemic