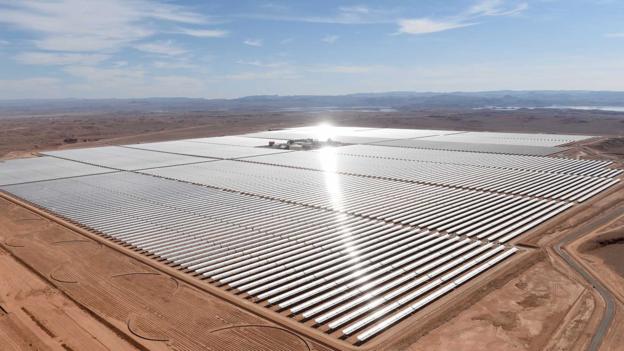 On climate change, leaders have a tendency to make lofty long-term promises but take only baby steps to reach them. At the United Nations climate summit, German Chancellor Angela Merkel gave an interesting explanation for why: They believe technology eventually will pick up the slack. This represents an ideological divide with environmental advocates, who don’t put much stock in the inevitability of technological progress and would rather support fail-safe curbs on consumption now.

Merkel was responding to an address by the young Swedish activist Greta Thunberg, who said world leaders weren’t doing enough to reach the goal set out in the Paris climate agreement: to limit global warming to 1.5 degrees above pre-industrial levels by the end of this century.  “She gave a rousing speech,” Merkel told a press conference on Tuesday. “But also one which, in my view, underplayed the role of technology and innovation, particularly in the field of energy, but also in the field of energy savings, in opening up opportunities for us to achieve our goals.”

Merkel is not alone in believing future technology can stave off climate change. U.K. Prime Minister Boris Johnson gave a bizarre, technology-focused speech – mentioning “pink-eyed terminators” and “terrifying limbless chickens” – in which he argued that “new advances are making renewable energy ever cheaper, aiding our common struggle against climate change.”

Such potential technological solutions are mostly of the pie-in-the-sky variety. They include using satellites equipped with reflectors to deflect sunlight, and sucking out carbon dioxide from the atmosphere and storing it deep underground. Some of the required technologies are untested, others prohibitively expensive. The UN’s Intergovernmental Panel on Climate Change has expressed a  preference for “bioenergy with carbon capture  and storage.” This process depends on growing “energy crops” – plants meant solely for energy production and that absorb CO2 as they grow – and capturing the CO2 released when power is generated from them. But the problem with the concept, still not applied anywhere on an industrial scale, is that the crops grown for biofuel would compete for land with food crops.

It’s impossible to order scientists to develop commercially viable technology to fit the time frame dictated by political decisions. No Moore’s Law, which describes the exponential increase in computer chips’ productivity and decrease in their cost, has been formulated for energy storage or carbon capture.

No wonder, then, that technology hasn’t been able magically to bridge the gap between political goals and reality. Germany set its 2020 climate goal, to reduce greenhouse gas emissions by 40% compared with the 1990 level, in 2014. That means it had a good understanding of the available technology. Still, the goal almost certainly won’t be reached: Germany is only on track for a 32% reduction.

So the climate activists can be forgiven for not believing in a technological magic bullet. What they propose instead are immediate consumption cuts: traveling less; not eating meat; repairing things such as clothes rather than throwing them away; turning down radiators; and switching off air conditioners. They broadly subscribe to the idea of sacrificing economic growth to sustainability.

Politically, at least for now, that’s a tough sell. It’s useless to tell the majority of voters they need sharply to lower their living standards so that global temperatures don’t rise another 0.5 degrees. That’s the freedom the climate activists enjoy and political leaders don’t. The disagreement between Merkel and Thunberg is one between a starry-eyed believer in progress and a hard-nosed pragmatist. But which of the two women plays which role is in the eye of the beholder.

Forget Samsung’s Galaxy S10 And Note 10, This Is The Smartphone To Buy