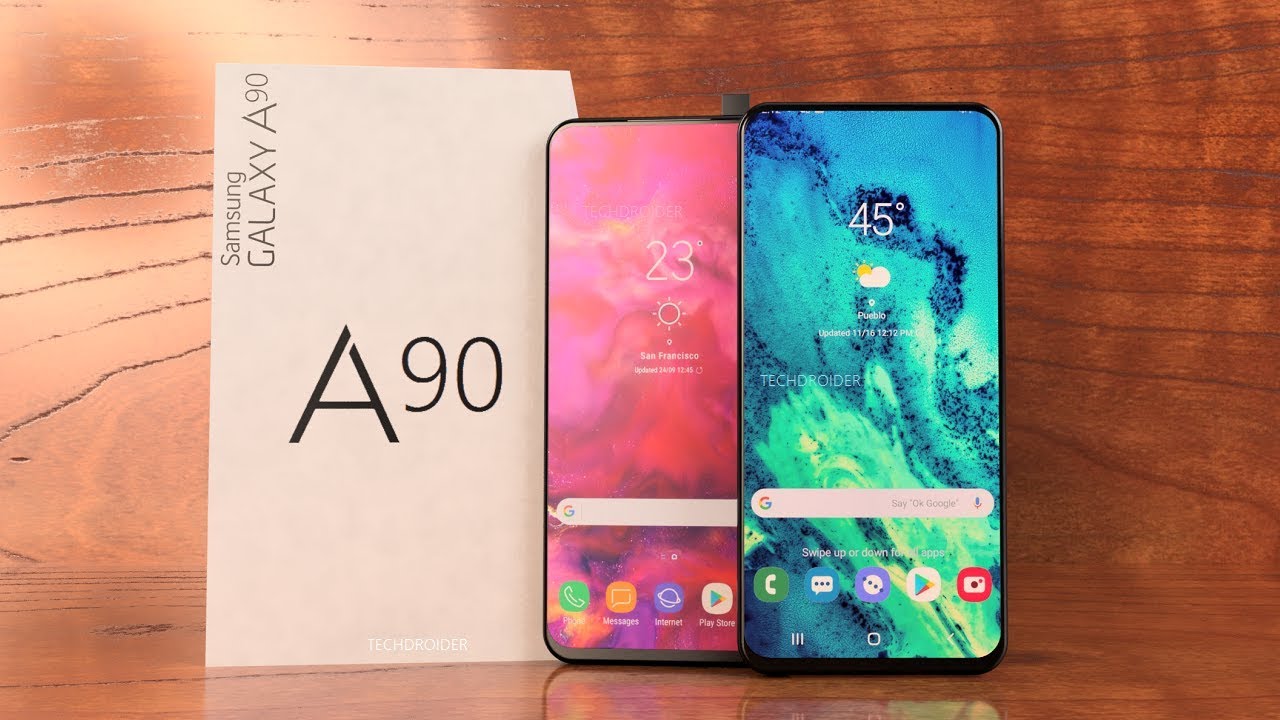 If there isn’t a notch, where do the front-facing cameras go?

Samsung has been on a roll showcasing different display options for phones. Famously the Galaxy Fold stole the show at the company’s Unpacked event in February with a screen that folds in half. The Galaxy S10, S10 Plus and S10E use a hole-punch cutout in the display to house the selfie camera. And now it seems the upcoming Galaxy A90 will feature a screen without a notch or a hole-punch.

On Thursday, Dutch site Galaxy Club found a mention of the Galaxy A90’s “Notchless Infinity Display” on the Indonesian version of Samsung’s website. The text is curiously found in a footnote next to a photo of a Galaxy phone (A30 or A50) that has a display notch. There is also a sub header that reads, “Sub headline text” that could indicate that the page wasn’t meant to go live yet.

Rumors in February indicated that the Galaxy A90 would have a pop-up camera instead of using a notch like last year’s Vivo Nex. Technically the Galaxy S8 and S9 both had Infinity Displays without notches, but there were bezels on the top and bottom of the phone.

The Galaxy A90 is expected to launch at a Samsung event on April 10. The company did not immediately respond to a request for comment