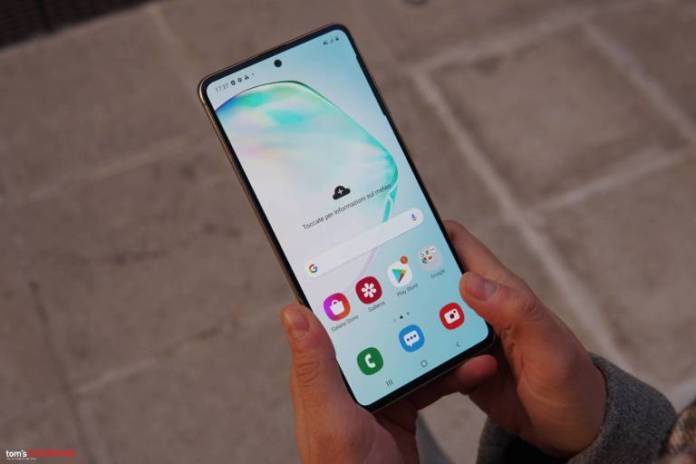 The Galaxy Note 10 Lite has received its first software update after it went on sale in some markets in late January. The update is quite similar to the one Samsung rolled out to the Galaxy S10 Lite earlier this week. It brings improvements to the camera performance and quality and to fingerprint recognition along with the February 2020 security patch. The build number for the update is N770FXXU2ATB6.

The update also improved the battery charging algorithm and the performance of the touchscreen. General stability improvements are included as well. As usual, Samsung doesn’t go into detail about how the improvements have been implemented, so it will be up to owners of the Note 10 Lite to recognize any differences after they have updated their phone.

The update is currently available in India and Russia but should soon be making its way to other markets. You can download it over the air on your Galaxy Note 10 Lite by opening the phone’s Settings app, selecting Software update, and tapping Download and install. Alternatively, you can download the latest firmware from our firmware archive and install it on your phone using a Windows computer.

Check out our review to see what the (relatively) affordable Note 10 variant is all about if you’re still on the fence about buying the device.

Apple is planning to launch a 14.1-inch MacBook Pro with a Mini-LED display, says Ming-Chi Kuo