Samsung Active 2 is cheaper than the Apple Watch
Advertisement 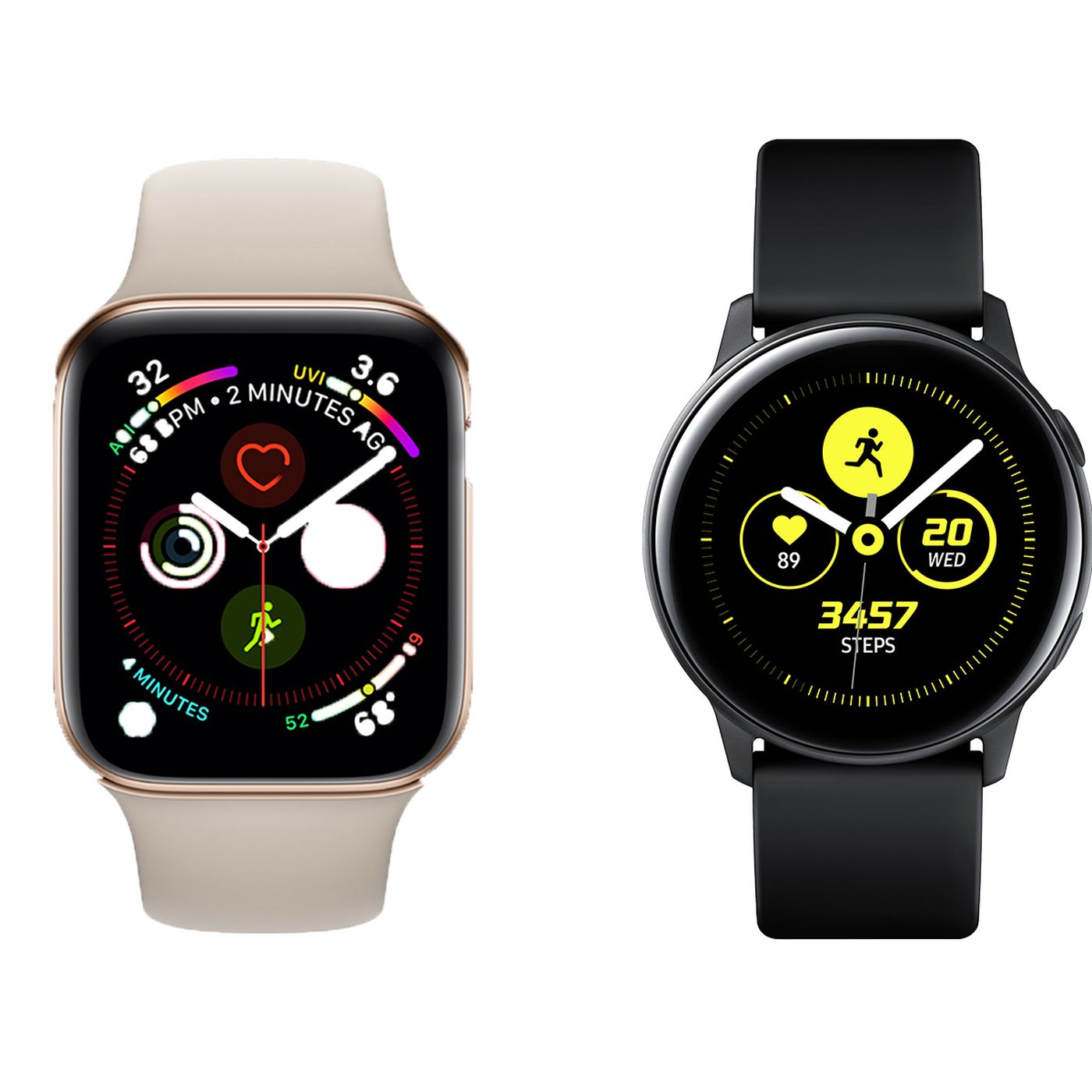 Preorders for Samsung’s newest smartwatch start Sept. 13 for less than $300, but it might take a while to get FDA clearance.

Samsung has unveiled the Galaxy Watch Active 2 smartwatch just six months after the Galaxy Watch Active was released at the Galaxy S10 event in February, and two days before its expected Note 10 launch event. It’s not common to get a sequel in the same year as the original, but Samsung is bending the rules. Just like the company’s Note phone and Galaxy S phones have two different launch cycles, so too do Samsung’s watches. The Active 2 may cost $80 more that the first-gen Galaxy Watch Active ($279 for the cheapest 40mm non-LTE version vs. $199 for the original), but it definitely seems like the better deal. Though they look similar, the Active 2 has more features. It has new ECG sensor (which isn’t medically cleared yet), improved heart rate and an accelerometer. There’s an LTE option (price pending), and it brings back the spinning outer dial that we loved on older Galaxy watches. But in this watch it’s a haptic-response touch bezel instead of a physical one.

The newest Active watch goes on sale Sept. 13, likely right up against the next expected Apple Watch, and Samsung will continue to sell the discounted Active until further notice.

A few design upgrades on the Active 2

The Watch Active 2 is a bit bigger and thicker than the Watch Active, but it now comes in two sizes:  40mm ($280) and 44mm ($300) models. It still manages to be more compact than the 2018 Galaxy Watch, which Samsung is also going to keep selling alongside these models. It comes in black, silver, gold and “lily gold,” which replaces the green option in the previous model. You’ll also have the choice between an aluminum frame with rubber straps or a stainless steel frame with leather straps.

I wore the Watch Active 2 in both sizes and peeked at the LTE model. Aside from these small changes, it still has the same appeal as the original: It’s compact, well-built, minimal and attractive.

I like the haptic touch bezel more than a physical bezel

Using the new touch-sensitive edge controls on the Active 2, I could swipe around easily with minimal finger motion. Of course, you can also just swipe the screen, making the edge control a bit redundant. But the edge control feels easier for certain tasks. The haptics are nice and strong, and the clicking feel gives some solid feedback to make it feel “real.”

Samsung’s built an electrocardiogram into Watch Active 2, which will allow timed one-lead readings of heart rate and heart rhythm to spot for possible arrhythmia, much like the Apple Watch Series 4. Note that doctors in the US usually call these EKGs, rather than ECGs, but it’s the same thing.

The feature isn’t active on the watch, or medically cleared yet, so it’ll essentially be useless for most people for the time being. Samsung is inviting medical institutions to start doing research with it, but there’s no concrete timeline for an official launch or for any kind of FDA clearance.

Samsung’s moving from four to eight LEDs in its optical heart-rate monitor on the new Watch Active 2 models. There’s also a new accelerometer that measures 32G of force, vs 16G on the older model. According to Samsung this will allow the watch to detect heart rate data faster and yield more accurate results. This upgrades seem similar to what Apple did on the Apple Watch Series 4 last year, which made the fall detection feature possible. But Samsung hasn’t explained how these improvements will come into play in fitness and health tracking on the Active 2.

The added LEDs on the heart-rate sensor could be helpful for Samsung’s research into blood-pressure tech, though. While Samsung hasn’t revealed any results from its ongoing blood-pressure study with UCSF, My BP Lab, Samsung executives admitted adding additional LEDs could improve future blood-pressure measuring efforts, and the company remains confident that FDA clearance for blood-pressure tech could come sometime in the near future.

Samsung’s also added new coaching features, including a real-time running coach that measures pace. I didn’t get a chance to test that in my brief demo in a conference room, but I’ll report back when I do.

Samsung’s LTE-enabled Watch Active 2, much like other cellular-equipped Samsung smartwatches, should work standalone for core features including calls and notifications. Apps such as Spotify will be able to stream music over LTE, and you could potentially even watch a movie trailer on Youtube on your wrist with no phone involved.

Samsung’s including Google Translate on the Watch Active 2, a tool that’s new to Samsung smartwatches, but one that was already available on Google’s Wear OSwatches. Frankly, all things Google Assistant would be better than Bixby, and the more Samsung allows, the better off the Watch Active 2 will be.

The watch matches your shirt

Samsung’s added a “My Style” feature that will take a photo of your clothing (a tie or a pair of socks, for example) and generate a set of unique watch face wallpapers to color-match. I was oddly charmed by it. As much as I like finding new watch faces to add, I get bored quickly and picking a new color scheme is fun. This feature should be on all smartwatches.

Apps will use a single sign-in

The Watch Active 2 still runs Tizen OS, Samsung’s software and app ecosystem that stands alone from Google’s Play Store and Android, but it’s getting a bit better in this model. Samsung won’t require you to sign in to apps on the watch that you’ve already signed in to on your phone, which is one of my biggest pet peeves about previous models.

We’ll probably know more about the Watch Active 2 at Samsung’s Unpacked event this week. And we’ll be back with a review as soon as we can get one on our wrists for more than a half hour.