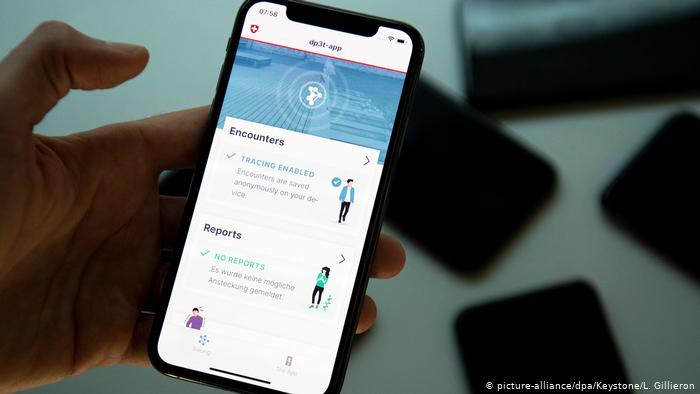 German top government official, Helge Braun, on Tuesday, said the country’s coronavirus contact tracing app that had been made available for download in Germany was a cut above the rest.

Braun, Chancellor Angela Merkel’s Chief of Staff, said that the German track-and-trace app, the use of which was voluntary, was not the first of its kind, but the best in terms of privacy and data protection.

He called on members of the public to download the app, developed by the government, the Robert Koch Institute (RKI) for disease control and several private companies.

“Downloading and using it is a small step for each of us, but a large step in the fight against the pandemic,’’ Braun said.

The app is intended to facilitate tracking of COVID-19 chains with the aim of curbing the spread of the virus as Germany eases its lockdown rules.

European countries such as France and Norway followed suit in June.

“Unlike some of the apps made available in other countries, the German version does not use location detection to create movement profiles.

“Instead, it uses bluetooth to detect which other app users are in the vicinity.

User data is not stored on central servers,’’ Braun said.

The debate surrounding coronavirus tracing apps was gathering pace on Tuesday, with rights group Amnesty International warning that some countries in Europe and the Middle East were putting hundreds of thousands of people’s security at risk.

According to Amnesty’s Claudio Guarnieri, Bahrain, Kuwait and Norway have run roughshod over people’s privacy, with highly invasive surveillance tools, which go far beyond what is justified in efforts to tackle COVID-19.

“Privacy must not be another casualty as governments rush to roll out apps,’’ he said.

“A lot of work has gone into it, which is why it took a couple of days longer.

“Overall, we are within the desired budget and timeframe,’’ Spahn said.

Spahn dismissed a study released by Oxford University in April, claiming that such an app was only useful if in use by more than 60 per cent of the population.

He noted that the app would be meaningful for the government if people who have a lot of contact with others download it.

WhatsApp Phone Numbers Surface on Google: Should You Worry?