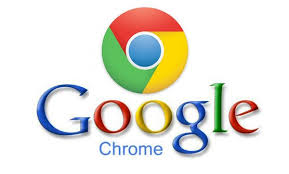 The desktop version of Google Chrome will not be coming to Windows 10 S.

Windows 10 S, announced last week, allows users to install only apps that are distributed through the Windows Store.

That lineup includes some desktop apps, but only if they’ve been converted to a package that can be delivered through the Windows Store, using a toolset called the Desktop Bridge (previously code-named Project Centennial).

Microsoft knows Windows is obsolete. Here’s a sneak peek at its replacement.

The lineup of converted desktop apps already includes Evernote and Slack, and by the time Windows 10 S begins shipping on new PCs this summer, the store will also offer converted versions of the Office 2016 desktop apps and Spotify.

Microsoft is busy evangelizing other developers of desktop software to bring their apps to the store as well.

In theory, Google could use those tools to turn the desktop version of its Chrome browser into an app package. For that matter, so could Mozilla with Firefox, or Opera, or any of dozens of small, independent browser makers. Several developers tell me they have successfully converted desktop browsers based on the Chromium code base using the Desktop Bridge.

But if Google or Mozilla or any of those smaller developers submitted one of those packages to the Store for distribution, the submission would be rejected.

The restriction is spelled out in the latest revision of the Windows Store Policies. This section is from version 7.3, last revised on March 29, 2017:

Your app must not jeopardize or compromise user security, or the security or functionality of the device, system or related systems.

Apps that browse the web must use the appropriate HTML and JavaScript engines provided by the Windows Platform.

A Microsoft spokesperson confirmed that policy in a statement on May 9:

Windows Store apps that browse the web must use HTML and JavaScript engines provided by the Windows Platform. All Windows Store content is certified by Microsoft to help ensure a quality experience and keep your devices safer. With this policy, instated early this year, the browser a customer chooses in the Store will ensure the protections and safeguards of our Windows platform. If people would like to access apps from other stores and services, they can switch to Windows 10 Pro at any time.

Last week, I heard from a developer who had converted his Chromium-based desktop browser to an Appx package and submitted it to Microsoft in February. It was rejected.

The polite, personal reply from the Microsoft “ambassador” who handled his submission explained that desktop browsers pose a special security risk:

Desktop Browsers installed from the Store aren’t more secured by default. They are secure only if, like Edge, they’re true UWP apps, so they run in a sandbox environment and they don’t have access to the overall system. Converted apps, instead, have some components which are virtualized (like the registry or file system redirection) but, except for that, they have the “runFullTrust” capability, so [they] can go out from the sandbox and perform operations that can be malicious.

This restriction isn’t unique to Windows 10 S, of course. Other modern operating systems, including iOS and ChromeOS, require browsers to use their built-in rendering engines and JavaScript interpreters instead of allowing the third-party browsers to supply their own.

So, Chrome on iOS is just a wrapper for Apple’s Webkit-based browser components. Google has made the UI look comfortingly Chrome-like, with the ability to sync bookmarks, history, passwords, and other data, but it’s not the same browser as on other platforms.

Likewise, you can’t install a third-party browser on a Chromebook, which is restricted to the Chrome browser.

When Windows 8 launched in 2012, Microsoft included the capability for third-party developers to build weird hybrid browsers that could run in both the Metro interface (as the full-screen touch-based user interface was then known) and in regular desktop mode. Both Google and Firefox experimented with this feature, but it never took off, and Microsoft killed the feature in Windows 10.

Google could, of course, write a UWP browser app from scratch, replicating the desktop Chrome UI while hooking into the Windows rendering and JavaScript engine. Given Google’s history with apps for Windows (there’s only one Google app in the Windows Store, a bare-bones search app first released for Windows 8), I’d give very long odds against this happening.

There is indeed a compelling security case for tightly controlling the core components of a browser. Flaws in those components are popular vectors for malicious code, and installing multiple browsers just increases the attack surface.

There’s also a compelling business case to be made for not allowing an archival’s browsing engine onto the platform lest you lose control of that platform.

In the very early days of the web, Netscape founder Marc Andreesen famously joked that his browser would reduce Windows to “a poorly debugged set of device drivers.” That, in essence, has been Google’s business strategy on Windows for the past few years, and it’s been successful enough that Chrome has a dominant share on Windows. More than half of Windows users browse with Chrome, while fewer than one in four Windows 10 users choose the default browser, Microsoft Edge, for day-to-day browsing.

Most of the executives who were running Microsoft during the first browser wars in the 1990s are long gone, but the institutional memory lives on. Microsoft might be gambling that the most effective way to blunt Google’s dominance is to boot them from Windows completely. Think of Windows 10 S as a trial for that strategy.