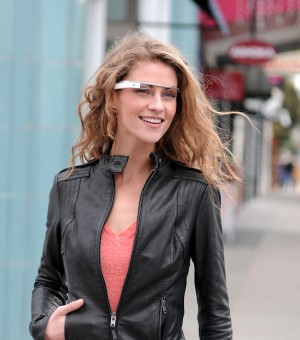 The brains behind Google Glass, Babak Parviz, has left one internet giant for another

The brains behind Google Glass, Babak Parviz, has left one internet giant for another, this week revealing his departure from Google and new employment at Amazon. The move comes as interest in the wearable computing space continues to heat up.

Parviz updated his Google Plus profile this week saying that he has moved to Amazon to “work on a few other things”. His new job title has not been revealed and his remit at the web giant remains a mystery. But Amazon has made a strong assault on the hardware market with its various incarnations of the Kindle ereader and most recently with the launch of the Fire, the company’s first smartphone. So speculation is rife that Amazon now has designs on the wearables space.

At Google Parviz founded the Glass project as well as the even smaller contact lenses digital display prototype. With Google recently making Glass available to developers and bulking up its marketing team, it’s thought that the company is preparing to make the device available to the public, which also makes sense in terms of Parviz’s departure, having seen the project to fruition.

Wearables still suffer from an image issue however, which is leading to partnerships with style brands. In March, Google announced a tie-up with eyewear specialist the Luxottica Group, parent to several eyewear brands, including Ray-Ban and Oakley, ahead of a full commercial launch.

“Luxottica understands how to build, distribute and sell great products that their clients and consumers love – something we care deeply about at Glass, too,” the firm said in a Google+ post.

“They’ll bring design and manufacturing expertise to the mix, and, together, we’ll bring even more Glass style choices to our Explorers (users). In addition, Luxottica’s retail and wholesale distribution channels will serve us well when we make Glass available to more people down the road.”

“Our Explorers come from all walks of life. They include parents, firefighters, zookeepers, brewmasters, film students, reporters, and doctors,” the firm said.

“The one thing they have in common is that they see the potential for people to use technology in a way that helps them engage more with the world around them, rather than distract them from it.”

Smart glasses shipments are expected to top ten million annually by 2018 according to Juniper Research, and a number of enterprise-focused use cases have significantly increased since the Google unveiled the project.

BMW i8 review: This is what the future of cars will look like