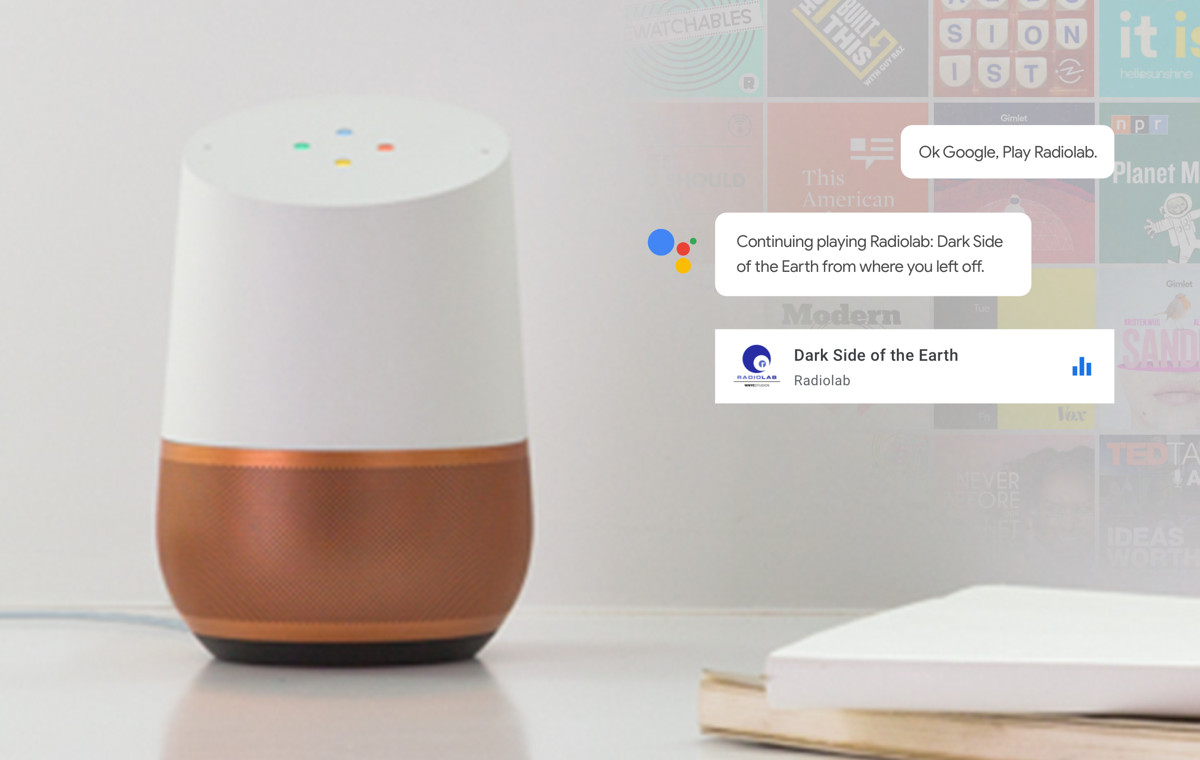 Google today is introducing a new standalone podcast app for Android. The app, called simply Google Podcasts, will use Google’s recommendation algorithms in an effort to connect people with shows they might enjoy based on their listening habits. While podcasts have previously been available on Android through Google Play Music and third-party apps, Google says the company expects Podcasts to bring the form to hundreds of millions of new listeners around the world. (Google Listen, an early effort to build what was then called a “podcatcher” for Android, was killed off in 2012.)

“There’s still tons of room for growth when it comes to podcast listening,” said Zack Reneau-Wedeen, product manager on the app. Creating a native first-party Android app for podcasts “could as much as double worldwide listenership of podcasts overall,” he said.

Google Podcasts will look familiar to anyone who has used a podcast app before. It lets you search for new podcasts, download them, and play them at your convenience. More than 2 million podcasts will be available on the app on launch day, Google says, including “all of the ones you’ve heard of.” 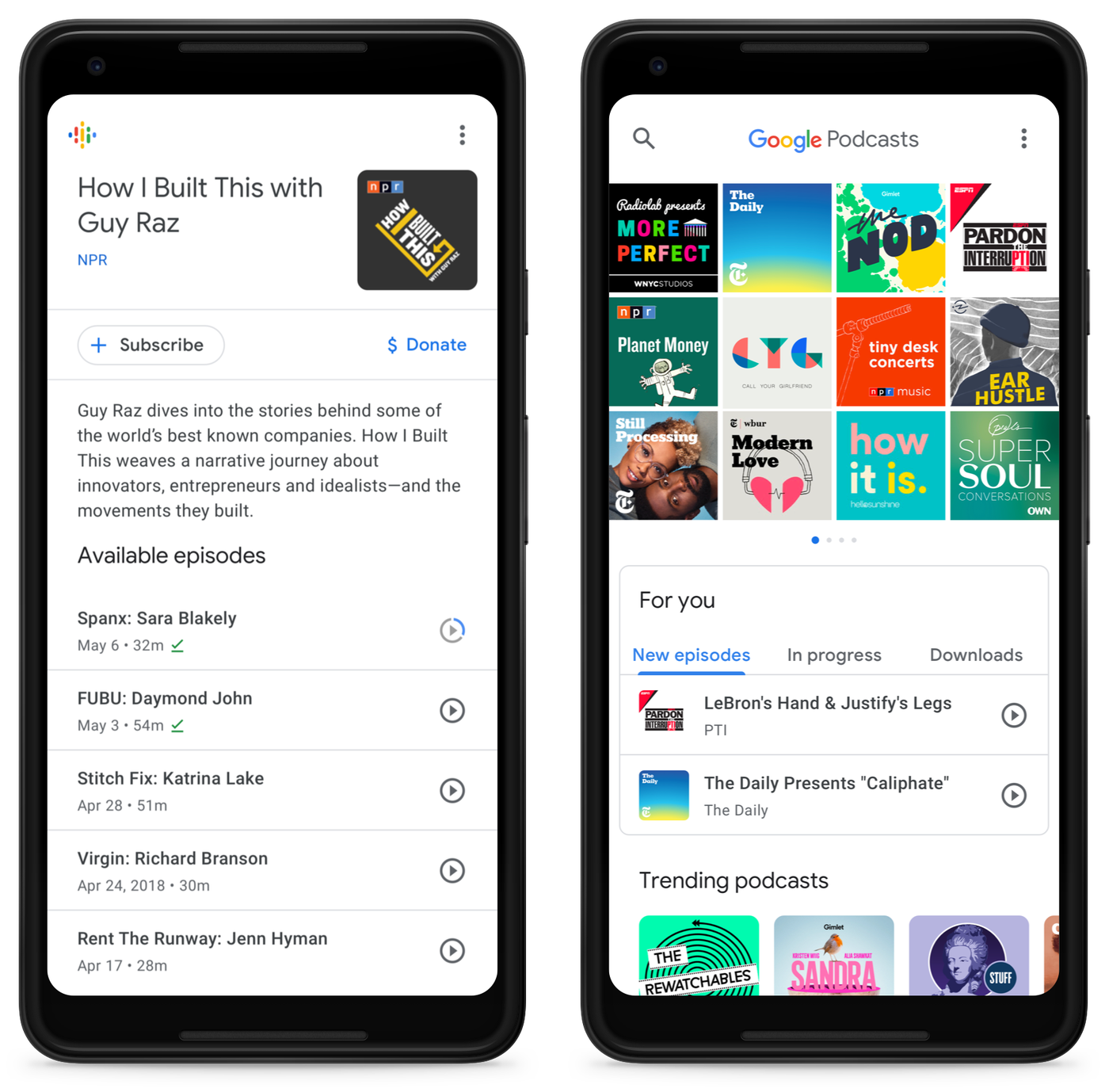 Open the app, and a section called “For you” shows you new episodes of shows you’ve subscribed to, episodes you’ve been listening to but haven’t finished, and a list of your downloaded episodes. Scroll down, and you’ll see top and trending podcasts, both in general and by category. The podcast player has fewer fine-grained controls than you might be used to from apps like Overcast. You can’t customize the skip buttons or create playlists of podcasts to listen to, for example.

The Podcasts app is integrated with Google Assistant, meaning you can search for and play podcasts wherever you have Assistant enabled. The company will sync your place in a podcast across all Google products, so if you listen to half a podcast on your way home from work, you can resume it on your Google Home once you’re back at the house.

In the coming months, Google plans to add a suite of features to Podcasts that are powered by artificial intelligence. One feature will add closed captions to your podcast, so you can read along as you listen. It’s a feature that could be useful to people who are hard of hearing or for anyone who is listening in a noisy environment. (I usually miss a few minutes of the podcasts I listen to every day, thanks to a noisy subway ride.)

Closed captions also mean that you’ll be able to skip ahead to see what’s coming up later in a show. Eventually, you’ll be able to read real-time live transcriptions in the language of your choice, letting you “listen” to a podcast even if you don’t speak the same tongue as the host.

Google also wants to expand the number of people making podcasts. The company’s research showed that only one-quarter of podcast hosts are female, and even fewer are people of color. In an effort to diversify the field, Google formed an independent advisory board that will consider ways to promote podcast production outside of the handful of major metropolitan areas in the United States that currently dominate the field.

Google will not pay any creators to make podcasts directly, the company said, but it will likely explore ways of giving podcasts from underrepresented creators extra promotion. It’s also examining ways to make recording equipment more accessible to people who can’t afford it.

If you already listen to podcasts on Google Play Music, nothing will change today. But the company made it clear that it plans to focus its future efforts around podcasting in the standalone app.

The Android app can be downloaded here. There are currently no plans for an iOS app.

APPLE SLAPPED WITH $6.6M FINE IN AUSTRALIA OVER BRICKED DEVICES