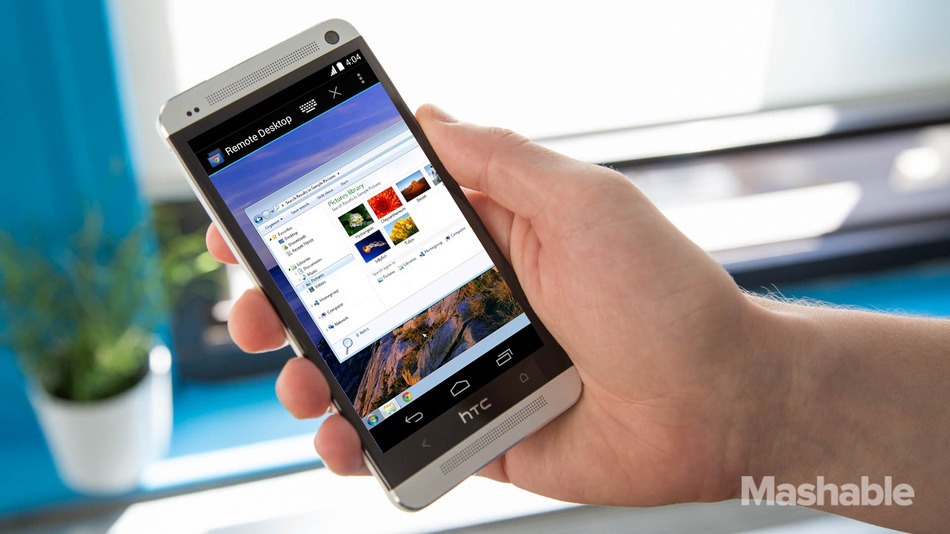 Good news for Android users: You can now access your PC desktop computer directly via your smartphone or tablet.

Google announced the launch of Chrome Remote Desktop app for Android this week, which lets you access files sitting on your home PC or Mac even when you’re nowhere near it.

See also: 10 Apps You Need to Dominate Your Work Day

The move builds off its Chrome Remote Desktop app launched in 2011, which let users remotely access a desktop from another laptop or computer. The service is free — a stark contrast with costly remote-desktop software such as Parallels Access.

After downloading the Android app from Google Play, you’ll need to install the Chrome Remote Desktop extension in a desktop’s Chrome browser to connect the two systems. Then, grant access for the remote connection to work and set up a PIN code for the PC.

The PC name will then appear in the Chrome Remote Desktop page (and need to be selected) before plugging in the same PIN code within the app. Then, you’re good to go.

Microsoft also has its own remote desktop app client, as does Amazon Workspaces, which lets employees access work computers from their personal devices.