Chatbots were all the craze last decade, and they’re now commonly found when interacting with support lines. Today, conversational agents are a bit limited, and Google is working towards a human-like chatbot “that can chat about anything.”

They sometimes say things that are inconsistent with what has been said so far, or lack common sense and basic knowledge about the world. Moreover, chatbots often give responses that are not specific to the current context.

Google’s Meena model focuses on understanding the context of a conversation to provide a sensible reply. The goal is to create something that can “chat about virtually anything a user wants.” For example, two conversations show users asking Meena for show recommendations, while another sees it reply with jokes.

In working towards a realistic model, Google created a new quality benchmark for chatbots. The Sensibleness and Specificity Average (SSA) “captures basic, but important attributes for natural conversations.” Humans evaluators are asked to judge if a response is “reasonable in context.”

If anything seems off — confusing, illogical, out of context, or factually wrong — then it should be rated as, “does not make sense”. If the response makes sense, the utterance is then assessed to determine if it is specific to the given context.

For example, if A says, “I love tennis,” and B responds, “That’s nice,” then the utterance should be marked, “not specific”. That reply could be used in dozens of different contexts. But if B responds, “Me too, I can’t get enough of Roger Federer!” then it is marked as “specific”, since it relates closely to what is being discussed.

On this Google-created benchmark, Meena does better than existing models, and is “closing the gap with human performance.” Practical applications for human-like chatbots include humanizing how people use computers, and making relatable interactive movie or game characters.

Moving forward, Google wants to look beyond its focus on sensibleness and specificity for its human-like chatbot to tackle personality and factuality. Safety and bias is another important area, with the company not releasing a research demo today as a result.

We are evaluating the risks and benefits associated with externalizing the model checkpoint, however, and may choose to make it available in the coming months to help advance research in this area.

All smartphones could soon use the same charger

Sony unveiled its next-gen PS5 console nearly after 7 years of PlayStation 4 debut in 2013, with improved overall design, performance and revamped DualSense controller. Shortly after getting teased, the DualSense controller is back in the news. And if the leaks are true, the new controller will have substantially improved battery life compared to the predecessor.

The latest leak comes from a Reddit user named viper_on_fire. As reported by Gamerrant first, he has reportedly caught hold of the DualSense controller and claimed that it would give a battery life 3 to 4 hours more than the DualShock 4.

However, the post was deleted quickly but it has been reshared by another user named blursedpersona on PS5 subreddit along with the deleted video. The post as said by viper_on_fire says that the touchpad is more clicky, L2 and R2 buttons are more tactile with resistance than before.

PS5 DUALSENSE CONTROLLER: WHAT HAS IMPROVED?

Further, he added that the L1 and R1 felt more like triggers whereas the D-Pad and main buttons were similar to the ones on the predecessor. While the user didn’t try the haptic feedback and microphone, he did say that the new DualSense controller won’t support PSVR due to the absence of a light bar.

Apart from this, the user said controller felt less bulky, comfortable to hold which is already evident from teasers and has a dimmer light strip in the middle compared to DualShock 4. All these information are difficult to reject as a false rumour because the official teaser shows a larger body, with no rear strip lighting, slightly larger touchpad.

That said, if the claims are true, PS5 users will get a big surge of 3-4hours more battery life on the new controller. The predecessor, however, lasted less than 8 hours. Moreover, many users pointed to a brighter light strip on front and rear could be the reason for it.

Sony unveiled the DualSense controller in an official video back in June with revamped white&black scheme, adaptive shoulder buttons with haptic feedback, built-in mic and a create button. But not much was available about the features and with new leaks, users can rest assured of improved gaming experience when the console launches later this year. 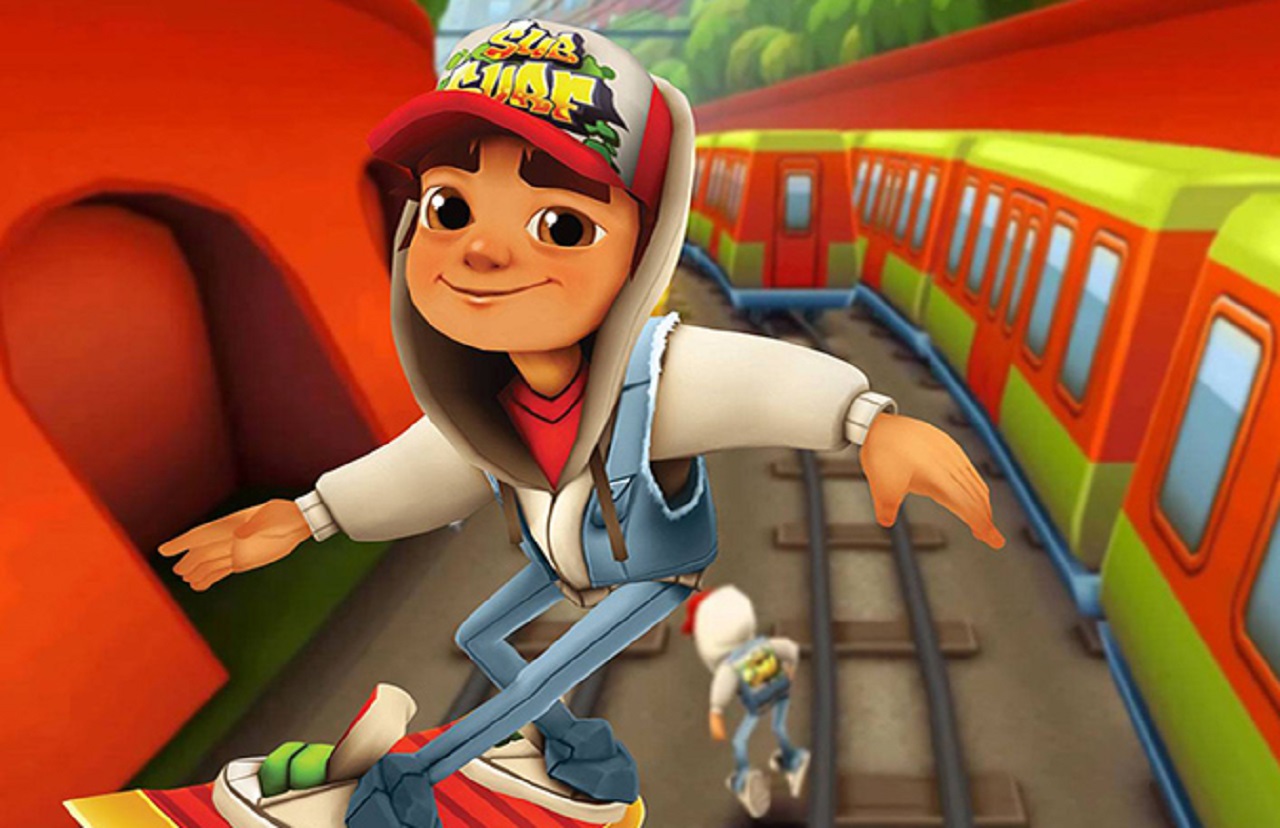 Subway Surfers is one of the most popular games available right now on mobile phone and there’s a bunch of tricks you can deploy to enhance your experience. However, aside from just enjoying the game, lots of people are now asking why Subway Surfers was created, and this is because of a viral tweet which suggested that it was developed because the creator’s son had died.

Although it’s just a mobile game, Subway Surfers remains massively popular to the point where it has even influenced huge IPs onto the mobile market such as Crash Bandicoot On The Run. Lots of people continue to play the mobile game regardless of where they are, so it’s no surprise that it still has a huge following online.

However, what will surprise people is the claims on Twitter that the game was made and created to honour the creator’s son who allegedly died.

WHY WAS SUBWAY SURFERS CREATED?

There’s a rumour on Twitter which says that Subway Surfers was created because of the creator’s son passing away.

This rumour suggests that Subway Surfers was created to honour the passing away of the creator’s son, and you can find the viral tweet just below, which has nearly 250,000 likes.

Aside from just claiming why the game was made, the above viral tweet also suggests that the son had died because of a skating accident on a train track.

This supposedly explains why the gameplay is comprised of players dashing around trains and hover-boarding along train tracks.

SUBWAY SURFERS: IS THE ‘CREATOR’S SON DIED’ A REAL STORY?

Lots of people are asking if the Subway Surfers story about the creator’s son is real or not.

People are spreading the rumour about the creator’s son all over Twitter, but the CEO of SYBO Games has previously provided an official reason for why Subway Surfers was made. 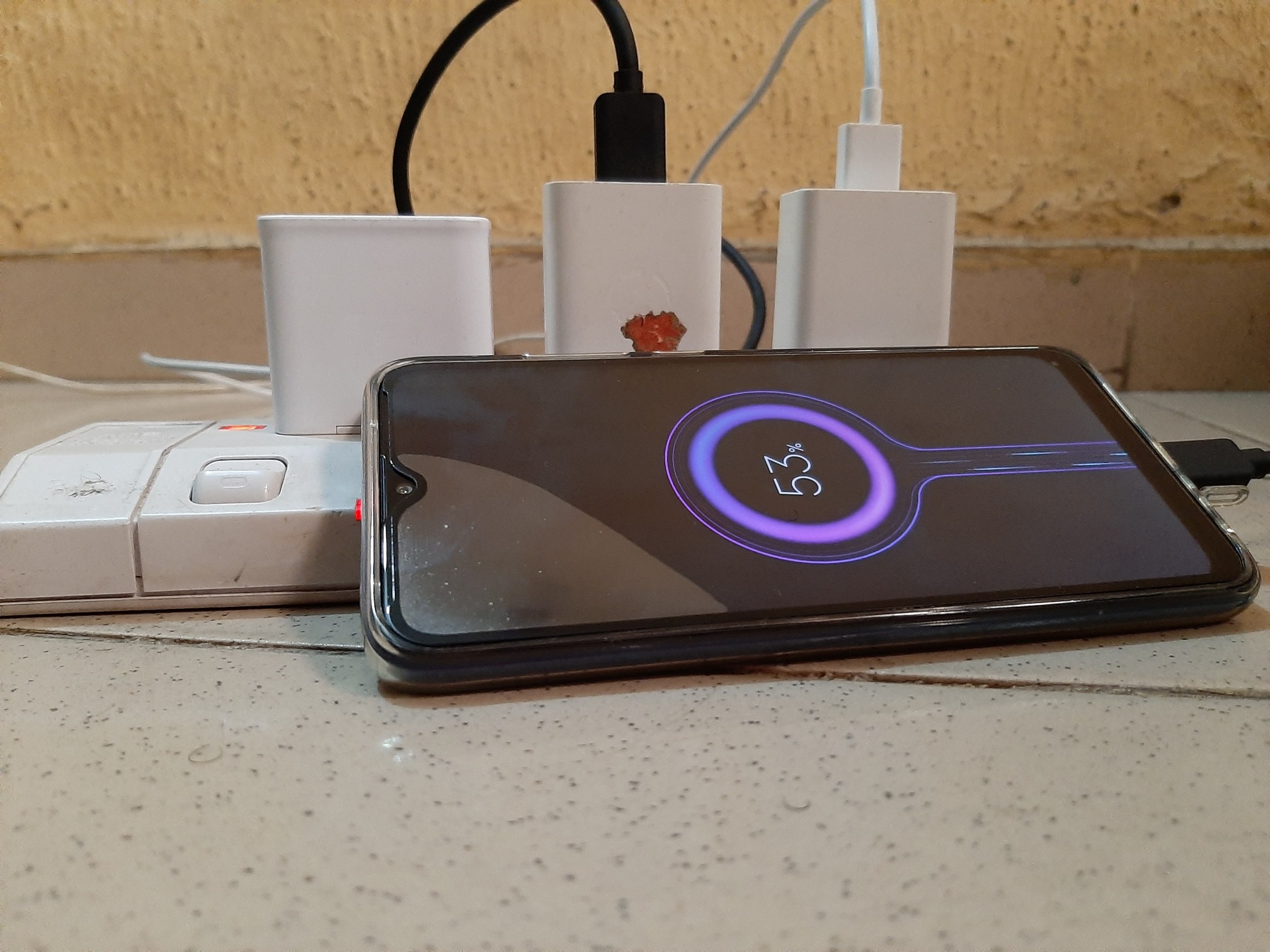 It is quite ironical that a tool that’s suppose to save charging time now exposes users to hackers’ threat. A Tencent report revealed recently that a group of researchers discovered some safety defects in fast-charging products, a phenomenon called ‘BadPower’.

This implies that hackers can now hijack some products that support fast charging and access the powered device in order to cause physical damage due to excessively high voltage — either to cause a complete explosion, or destruction of an important hardware which renders the device useless.

This is possible because the malware introduced by the hackers into the product overrides its capacity to restrict more charges beyond the level of voltage permitted.

It will interest you to know that most new devices like phones, PC, tablets, notebooks all have the fast-charging technology. But then, BadPower has nothing to do with invading your privacy.Advertisement

According to the report, there’s usually a signal between the power-generating source and the power-receiving port and the firmware inside a normal-functioning fast-charging product. This is meant to ensure that only the required charge is absorbed.

But when corrupted, the firmware’s communication is altered, hence, nothing to regulate the voltage.

A trigger is needed from the phone/device

The report stated that a BadPower attack can happen in two ways: using a corrupted device to infiltrate a charger’s firmware first before connecting it to the targeted device(s), or exploiting the vulnerability of a charger through a malware installed on the powered device.

What is clear in either case is that a device has to be responsible to trigger the BadPower feature in the charger.

Touseef Gul, a Pakistani Penetration Tester, explains that this fault could have only resulted from a misconfiguration of these chargers, because it is impossible for a hacker to interact remotely with a flaw in a charger.

And this was also confirmed by the researchers involved in the report.

Unfortunately, a lot of misconfigured chargers with this defect are reportedly out in the market. Out of 34 tested chargers, 18 has such fault; and this includes 8 brands.

Likewise, it was discovered that the chip in some chargers activates this fault by default after the production process is complete.

How to protect your devices

The report described how users can protect themselves by updating the device’s firmware which will also prevent other software vulnerabilities.

Also, it explicitly stated that users should not easily give their chargers, power banks, etc. to others.

At the same time, it recommended not to use Type-C to other USB interface cables which allows the fast charging device to supply power to powered devices that do not support fast charging.

While device manufacturers continue to devise means to help prolong phone usage time, there’s no telling that vulnerabilities like this will continue to put users at risk.

If this is anything like the introduction of longlasting lithium-sulfur batteries —  which are reportedly at the risk of explosion — it is expected that manufacturers will get the BadPower concern under control before more users are put at risk of device explosion.