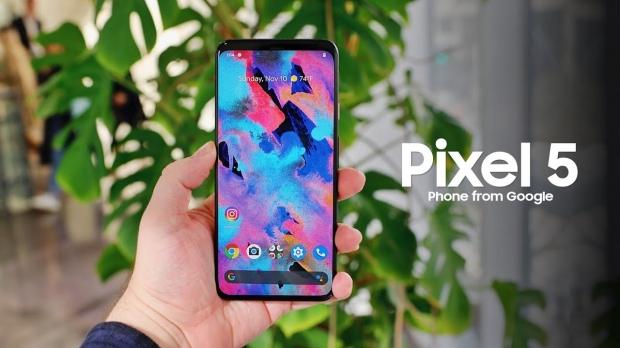 In all of its smartphone-making history, Google hasn’t been able to keep any of its Nexus or Pixel devices secret. We’ve known everything there was to know about the company’s smartphones months ahead of their launches each year. Complete Pixel 3 reviews were out well before the phone was even unveiled, and some stores in Asia even had overpriced Pixel 3 units on sale ahead of the device’s release. The Pixel 4 was an even bigger disaster when it comes to rumors, as Google tried to stay ahead of leaks last year by announcing some of the new features coming to the phone, but Google only helped confirm every single rumor that followed. The Pixel 5 is next, and things aren’t looking good for the handset either. Just a few days ago, we saw the first Pixel 5 render. Now, it turns out that Google has already confirmed the next-generation Pixel phone in public.

AMAZON’S TOP DEALSThese Amazon deals are up to 50% off, today only!

It’s common for any smartphone vendor to test prototypes of their upcoming smartphones several months ahead of launch, but those tests are usually shrouded in secrecy. That’s not the case for the Pixel 5, as a Googler just used the phone’s name in a thread over on the Android Open Source Project (AOSP).

The tester made this comment (via 9to5Google) that clearly identifies the Pixel 5 by its commercial name:

Bounds sanitizer in arch/arm64/kernel/cpufeature.c makes image unbootable for Pixel 4 at 4.14 kernel. I didn’t have a chance to test it on Pixel 5 with 4.19, and preemptively disabling UBSan there now to ensure bootability.

The new Pixel 5 name-drop in AOSP comes about two months earlier than it did last year, which shows that Google is still struggling to keep leaks in check. The AOSP is a highly-scrutinized site, as plenty of people check it out regularly, hunting for details about Google’s upcoming products. In this instance, little information is of note beyond the Pixel 5 references. The comment does say that the underlying Linux kernel version for Android on the Pixel 5 will be 4.19.

Google’s next official Pixel announcement should come at I/O 2020 a few months from now, where Google is expected to unveil the Pixel 4a series, a phone that will feature Google’s most exciting smartphone design to date, according to a few recent leaks. The Pixel 5 line isn’t expected to hit stores until October, which is usually the month when Google’s hardware events take place each year.