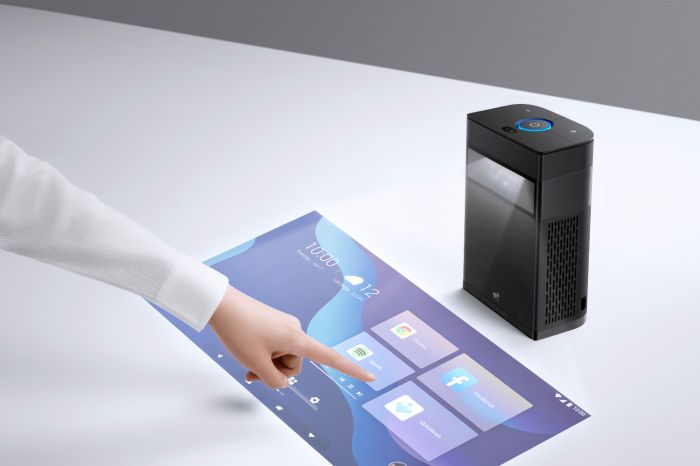 If you are someone who is looking for a cool projector to buy, look no further, Puppy Robot is launching their new product called Hachi Projector. Unlike their previous version, this version has two different modes, horizontal and vertical mode. It is AI-powered, wireless, and has an in-built speaker for streaming music.

In the vertical mode, the Hachi projector can be used as a touch projector but the horizontal mode does not allow touch functionality. Some cool features of horizontal mode are that it projects the visuals to a much larger screen (the minimum width is 23 inch and the max is 100 inch) and 100 inch is definitely big enough to be considered as a home theater.

The device has around two and a half hour battery life. It is AI-powered and has some advanced features like human pose estimation that helps you during yoga or physical training.

Hachi projector can be controlled via a remote controller that is included in the package. I had a hands-on experience during the CES2020. Hachi is better than Puppy Cube and comes with HDMI, USB, and 3.5mm ports.