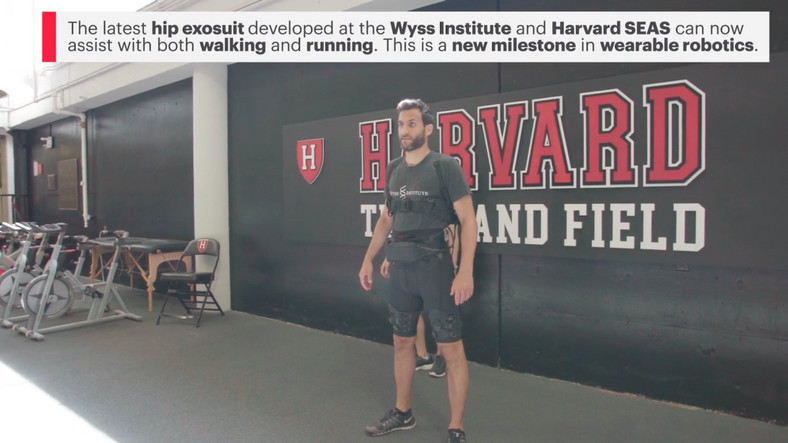 The suit does this by reducing the wearer’s metabolic cost, or energy spent, by over 9% when walking and 4% when running, the researchers said of their findings, published in Science on Monday. The robot shorts can switch between walking and running seamlessly. When you put it on and start to move, it assists you with a “cable actuation system.” The cables apply a tensile force between the waist belt and thigh wrap to create an external extension torque at the hip joint that works with your glutes, according to the release.

“We were excited to see that the device also performed well during uphill walking, at different running speeds and during overground testing outside, which showed the versatility of the system,” study lead Conor Walsh said in a release.

The suit could be helpful to anyone needing to cover large distances — rescue workers searching disaster areas, US Army soldiers or Marines marching, or hikers making a long trek.

“It is very satisfying to see how far our approach has come,” Walsh said in the release, “and we are excited to continue to apply it to a range of applications, including assisting those with gait impairments, industry workers at risk of injury performing physically strenuous tasks, or recreational weekend warriors.”

Huawei has built the Disneyland of tech R&D

Google Maps puts a huge arrow over the real world