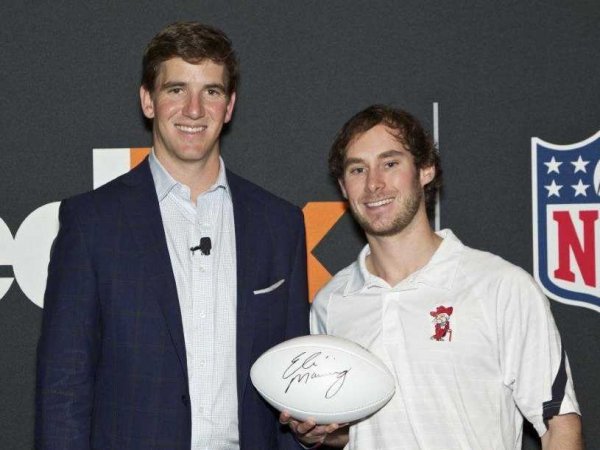 “I wanted to know where my money was going every month,” he says. “I wasn’t tracking spending, and I wanted to save as much money as possible, so I thought the best way to do that would be to analyze how much I make every month.”

Steinert, who lives in Memphis, Tennessee, and is transitioning from a job as an analyst for FedEx to a job at a small freight company, became so confident in his budgeting that he shares a free budget template on his website, Budget And Invest.

“I can play with the different amounts for months,” Steinert says. “For example, in June there might be more traveling than in October, so I might allot more to travel and take away from groceries. It helps keep me accountable and make sure I’m not spending more than I make on a monthly basis.”

Flexibility is a key factor of Steinert’s budgeting approach. He says he checks in every day to enter payments into his Excel spreadsheet and to make sure the budget still balances.

Note that this budget was created from Steinert’s take-home pay, meaning the money available after he pays taxes, contributes to a 401(k), and, in the case of 2014, pays for health insurance. While Steinert lives with his girlfriend, their finances are largely separate.

Here is how he budgeted his $4,837 of take-home pay in January of last year (that’s $3,754 from his paycheck, and $1,083 from extraneous sources, such as a bonus or gifts). Amounts are rounded to the nearest dollar: The “miscellaneous” category is the one that held any unexpected expenses, such as costs related to his dog, car repairs, or haircuts. Accounting for those expenses last January, Steinert had $272 left over outside of his budget that he categorized as “disposable income.” He leaves that money in his checking account to cover any additional expenses.

Steinert finds the miscellaneous category the hardest to predict, but he likes to account for every dollar and keep his spending within the confines of his income. “At the end of every month there’s a surplus,” he says. “I try to run my finances like a successful business would be run, making sure I’m not spending more than I’m making.” The money allocated to the investment account goes to low-cost Vanguard index funds and is earmarked for retirement, although Steinert also has a 401(k), a pension, and a Roth IRA he started funding in March.

The point of the account, he says, is to provide retirement income that can be withdrawn free of penalty should he be able to retire before age 60.

“Even though I’m using after-tax funds in the account and I’ll have to pay taxes on the capital gains and dividends — so I’m taxed twice — I have the option to withdraw it early,” he says. “If I could have financial freedom at 45, I wouldn’t want to touch the accounts.”

Compare that with Steinert’s planned budget for January 2015, which accounts for an estimated $5,214 take-home pay. Things start getting tricky this year, because although Steinert has rented out his house for an additional $950 a month and moved into an apartment on the other side of town with his girlfriend for $520 a month, his new job will incorporate commission, making his exact income hard to predict. For the 2015 budget, you might notice a few things: He increased his student-loan payments to over $2,500, nearly half his budget, so he’ll be on track to pay off over $32,000 of student loans by early summer 2015. He plans to divert money from the funds he contributes to his investment account — a category that won’t reappear in his budget until mid-year — to finishing off his student loans.

There’s now a category for his car insurance and phone, each of which he pays six months in advance and therefore doesn’t pay at all for a few months out of the year (he gets a discount on his car insurance for doing so). The seemingly unrelated categories are lumped together because Steinert pays them both ahead of time, and he likes to keep few enough categories so he can view the whole list without scrolling in Excel.

He now pays rent for his apartment, which includes utilities, while still paying the mortgage on the house he owns; he’s funding a Roth IRA; and there’s a health insurance category, because his new employer doesn’t offer coverage.

“It used to be easy to budget because I had the same salary every month, but now I’m entering a role that’s commission-based, so it’s going to be a new challenge,” he says. “I have estimated the amount I’ll be receiving in income, but with the uncertainty of what my income will be, I need to make sure I’m certain of what my expenses will be.”

Want to share your budget with the Business Insider community? Email lkane[at]businessinsider[dot]com. Anonymous submissions will be considered.

How Following Up Can Help You Land the Job