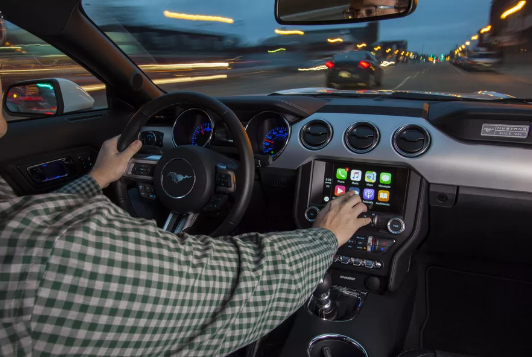 With iOS 12, Apple is giving third-party apps more flexibility and new capabilities within CarPlay. As an example, for the first time, you can use other apps besides Apple Maps as your preferred navigation software for Apple’s in-car platform. With that change now possible, Google Maps and Waze are both planning to support CarPlay and have begun beta testing.

Unfortunately it’s not a beta test most of us can join, so you’ll have to wait for the proper release before you can use either of these in your own vehicle through CarPlay. But some early screenshots posted by 9to5Mac provide a good preview of how Google Maps and Waze will look once that happens.

Both apps are already available on Android Auto, so the developers behind each app are well familiar with the basics of optimizing their navigation for an in-car display: make the icons big, text readable, and directions… well, accurate. Apple Maps continues to get better and better, but G Maps and Waze each have their own strengths.

Google Maps utilizes Google’s own traffic and mapping data, which you might trust a bit more than Apple’s — even now. It also syncs up with your saved places. And Waze is pretty unrivaled when it comes to warning you about accidents or, for those who go heavy on the gas pedal, nearby police. Google Maps still looks like a Google app while following CarPlay’s UI guidelines.

There’s no official word on exactly when the CarPlay versions of Google Maps and Waze will widely roll out to users. But with iOS 12 widely launching on Monday — you can already install it now, remember — hopefully it won’t be long before this beta graduates to a full update.