Hey, Technology Eras Were Meant to Have Beginnings and Endings
Advertisement 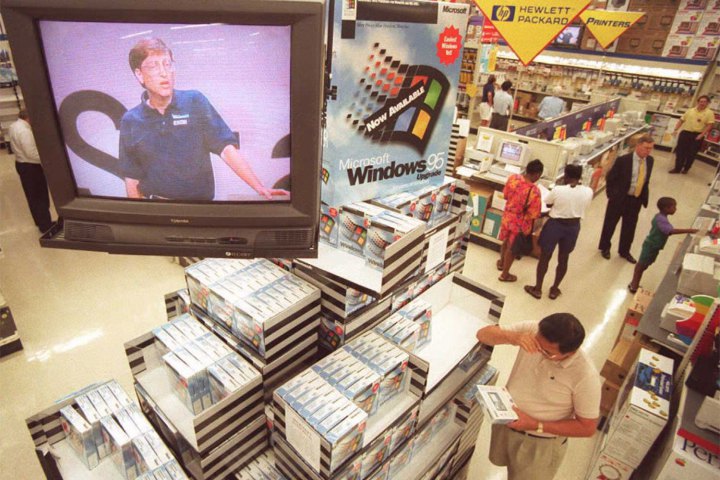 The odds were always against Microsoft dominating phones and tablets.

If it accomplishes nothing else, Steve Ballmer’s announcement that he will retire as Microsoft’s CEO has provided tech journalists and bloggers with an endlessly fascinating subject to discuss.

Depending on which stories you read, Ballmer’s planned exit was either abrupt or had been in the works for years. You can read countless articles pointing out how his Microsoft has been different from Apple and at least one drawing parallels — unconvincingly, at least to me — between today’s Apple and the Microsoft of Bill Gates’ glory days. You can find a story saying that Ballmer was the worst CEO ever, and ones that state what seems obvious to me: that his record was mixed, with both big-time successes and failures.

I haven’t, however, seen any articles that make what seem to me to be two other obvious points.

First of all, while it’s possible that different strategic decisions on Ballmer’s part would have put Microsoft in a different position today, I don’t think that the man broke a machine that was destined to work well forever. The odds were always slight that Microsoft would matter as much in the mobile era as it did in the more PC-centric one.

The default scenario in personal technology has always been for major platforms to suffer badly when sea changes come along. Here’s an extremely incomplete list of companies that once ruled their categories, then lost everything, or almost everything, as the world changed around them: Ashton-Tate (dBASE), Digital Research (the maker of CP/M, which Microsoft’s DOS toppled), Lotus, MicroPro (WordStar), Palm, Netscape, RIM/BlackBerry, Software Publishing Corp. (Harvard Graphics), Six Apart (Movable Type), Symbian and Visicorp (VisiCalc).

Microsoft was larger than any of those outfits, and has been more important to the industry over more time than any other company except Apple. (It remains astounding to me that those two companies, founded by very young people nearly 40 years ago, have mattered so much for so long.) But I’m a fatalist. The dynamics of the tech industry favor new blood, and Microsoft’s long run at the top wasn’t so much proof that it was an exception as a hint its time would eventually run out. No matter who was running the joint.

Second thing: If you’re Steve Ballmer, another Microsoft employee or a Microsoft investor, you might be gravely disappointed that the company failed to turn its 90-percent market share in PCs into a dominant position in smartphones and tablets. But I think it should be said that the world is far better off than it would have been if Microsoft had managed to stay on top forever.

I remember the days when Microsoft had what seemed to be permanent monopolies in operating systems, web browsers and office suites. But I don’t remember them fondly. They were bad for product quality, innovation and choice, which meant that they were bad for consumers. And, I’m convinced, ultimately bad for Microsoft.

Today, in mobile operating systems, Apple and Google are both thriving, albeit in very different ways. I’d like to see even more healthy players, which is one reason why I hope that Windows 8/RT and Windows Phone do O.K. I also contend that it’s entirely possible that the most popular mobile OS of 2018 is something that doesn’t exist yet, possibly from a company which hasn’t been founded yet.

Even now, though, the simple fact that there are two successful mobile OS companies makes this a far better time to be a user of technology devices than the 1990s was.

In other words: Any scenario in which everyone agreed that Steve Ballmer was an extraordinary successful CEO would likely have been a downer for everyone outside Redmond city limits. I’m happier with the scrappy, inventive, underdog Microsoft we ended up with.