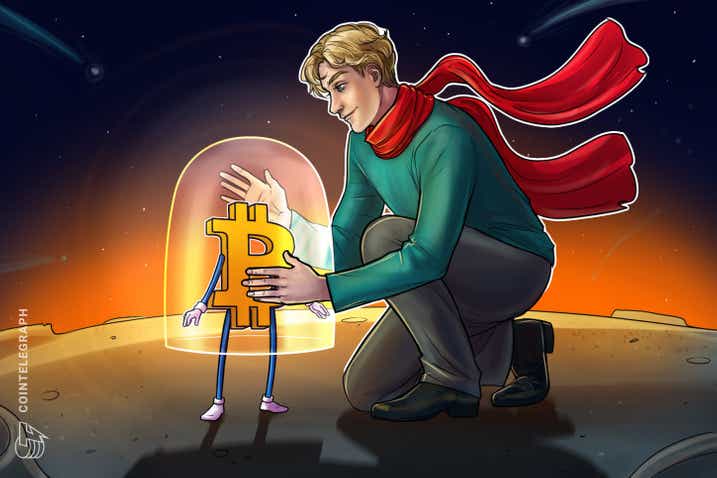 An AI trading bot that learns how to time the market and accumulate Bitcoin quickly learned that the best way is to simply ”hodl.”

“Hodling” really is the way when it comes to accumulating Bitcoin (BTC). At least, that’s the conclusion made by an artificial intelligence (AI) trading bot coded up by a Portuguese software developer.

Bitcoiner Tiago Vasconcelos is the man behind the trading experiment. Vasconcelos built an AI trading bot that would help him accumulate more Bitcoin and test his coding skills. Almost inconceivably, instead of trading, the bot quickly concluded that the best way to trade Bitcoin is to buy and hold onto it.

Vasconcelos is the lead founder of Aceita Bitcoin, a Portuguese organization promoting the adoption, education and sharing of information about Bitcoin. A keen Bitcoiner, he also dabbles in Bitcoin-related side projects.

He told Cointelegraph, “It was a reinforcement learning AI experiment, where I went and got a truckload of historical data from BTC/USDT.” The code sourced and scraped the daily price action from 2014 to 2021.

Vasconcelos then “trained it, or told him [the bot] the rules, here are the candles, you can either buy, sell, or do nothing.”

For every profitable trade, the bot would be rewarded with one point. The bot loses one point as a “punishment” for lost trades. Finally, a reward is granted to the bot for the total amount of Bitcoin the bot finishes with:

“The goal is for the bot to get the highest score possible and the exercise is that he makes thousands/millions of tries on that set of data, making a ‘mental’ path of when is best to buy, best to sell, etc.”

The beauty of AI is that the bot begins to observe “patterns” and what Vasconcelos describes as “moves” that the bot makes to maximize its trading score.

“Eventually, the bot concludes the best move is to buy as soon as possible and never sell!”

There you have it, now it’s not just popular talking heads and even banks in the Bitcoin space that are crying “Hodl.” Even the robots are hodlers.

Hodl is a popular meme in the Bitcoin space, originating from a Bitcointalk forum post in 2013 by an inebriated contributor who misspelled hold. The reason why the original commenter, GameKyuubi decided to hodl is “because I’m a bad trader and I KNOW I’M A BAD TRADER.”

Turns out, he might have been just as smart as artificial intelligence all along.