Is Your Career Affected By the Clothes You Wear?

Secret to Finding Inner Peace at a Toxic Job

How To Become A Great Negotiator

Master These 4 Simple Pitching Concepts to Capture a Room's Attention 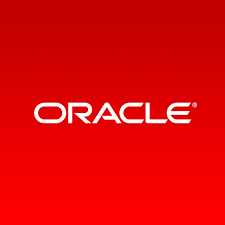 Changing the direction of your company’s content and communications strategy is never an easy thing — especially when people have become used to operating one way for a long time. In this article, you’ll find out how one very large, well-known brand was able to shift its mindset and culture to ensure the messaging and content was more meaningful, and began to resonate with its target audiences.

What happens when one of the world’s most famous CEOs calls you and tells you their enterprise content strategy needs to be reimagined, and you’re the person for the job?

You accept that job from Larry Ellison of Oracle and get to work. But an organizational shift of the way an international company communicates is no easy task — to do a complete 180 culturally and organizationally takes work.

Bob Evans knew that going in.

After leaving his position as Chief Communications Office at Oracle, Bob is now founder and principal at Evans Strategic Communications. Before starting his own company, he was recruited and hired by Larry Ellison to transform how Oracle Corp. communicated its vision and business value to the world. Bob has given keynote talks all over the world, and published thousands of bylined articles on business strategy, innovation, competitive positioning, business transformation, customer intimacy, leadership, culture, and more.

In this conversation between Bob and me, we talk about changing the enterprise-level content strategy from within, starting with the messaging, the organizational structure, the culture, and more.

Chris: So you get a call from Larry Ellison himself one day to discuss the direction of their communications and content … that seems like it would be a pretty surprising call.

Bob: I think I was the most shocked person of all … About 10 months into my time at another company I was at, I got a call from Larry Ellison and he said for 35 years, Oracle has sold very technical stuff to very technical people using very technical language.

Chris: What are some of the takeaways for a person who needs to change the culture around content?

Bob: There were certain people in the organization who were very resistant to this sort of change. Everybody was out to protect it because they wanted to keep things the way they were. This is very common in a lot of companies.

I wanted to find out what was working, what wasn’t working. How were the customers changing? What were they looking for today that they weren’t before? How do you talk to the world? What are the big messages you want to get across?

We had to look [at] what’s the bigger Oracle story here because the product marketing people would still do a lot of communicating on a product basis. I had to find out what Oracle’s overarching value was that was there, but we were making it too hard for customers to understand.

The other thing I tried to do in those early days is [to] get out of Oracle and go talk to customers, talk to partners, talk to analysts. What did they think about the company?

What I was trying to do is identify how we pull some of these different threads together; how we give a clear, compelling, exciting, and customer-centric view of what Oracle does, and that was totally against how the company could work and how it had behaved for more than 30 years.

There’s a lot of cultural landmines you had to go through, but with the backing of the top guy, Larry, we’re able to do some of that.

It was as much of job of a psychiatrist or an anthropologist as it was being a content leader the first number of months there. I really had to get to know the company.

And then you got to win advocates. I can’t convince all 125,000 employees at once. Get a win. Go replicate that, and then the word of mouth starts coming.

Chris: Obviously there’s going to need to be a cultural shift. So, how do you make a structural change in an organization to change the management by objectives for people or to get people onboard under different views?

Bob: There was a significant amount of upper-level turnover and this was just people who said: you don’t understand, you don’t know how things work here. You don’t get it. The people that said no, can’t do it, won’t do it, shouldn’t do, not sure why we’re doing it, they had to go.

Those were easy choices, and what I told everybody over and over: corporate politics, never let that get involved.

Any other questions were totally irrelevant. So for me, it was easy to make those choices on people who weren’t on board for that. They were on board for maintaining the status quo.

To me, the easiest thing in the world with them was to shake their hands, thank them for the good work they had done, and wish them the best of luck working somewhere else.

I think the biggest thing that I tried to do was understand what’s the most valuable stuff we can do for Oracle, and then get the right leaders in place to inspire, drive, focus, and channel all that enthusiasm and energy, and then get the hell out people’s way. Let them go do this great stuff.

Let them be evangelists all around the company so that people in the product and engineering and sales organizations would come to us and say: Every time I work with you, good things happen. I want to be part of that. I want to have more of that magic.

Chris: Once you got everyone on board, how did you empower them to create better content and communications?

Bob: It was really one of the most interesting parts of the time at Oracle because the corporate communications scene we put together had about 250 people.

The mindset was we would like to change, but we don’t know how to change because we want to become sources of value and innovation rather than sitting back and waiting to be told what to do. We’re not quite sure how to do that.

So the rallying cry that we had there was to go around and find the repetitive low-level junk work that builds up over months or years and get rid of it.

A lot of this silly little grunt work we did for some internal constituents, we just said we’re not going to do it anymore. Just drop it, let it go.

Then we kind of take the power of the social team and the video team and the content team, and the magazines and the website, and what we’re doing with media and analyst relations and share those ideas from all over the world.

It just took off because people felt like I was giving them autonomy, and the responsibility to go do good things. Do good things that are helping Oracle instead of sitting around and twiddling thumbs, and doing a lot of junk work that nobody really understands where it came from or what its purpose is.

People are drawn to that. Nobody wants to do average work, boring work. It pays a salary, but it’s not really interesting. They just had to have somebody trust them and believe in them and clear some of the junk out of the way.

We found seven or eight formally siloed, fragmented teams started to work together. The guys in the magazine said they learned some stuff from working with the social team that they never knew before and that’s really going to help them.

And the social team said they had no idea that there was all this incredible content the magazines were doing. And the website team was saying that they could help showcase more of that content.

You put all these teams together and you create this stuff called lightning.

All of a sudden, you can do stuff that you never could’ve even dreamed of on your own. That can be self-fulfilling. It’s the way people think and you sort of change it at the DNA level.

Chris: What are some key takeaways to changing an enterprise’s content strategy?

Bob: We need to go about our work fearlessly and joyfully.

You Can Get Your Groove Back, Too

If a giant like Oracle can change its course and reset its content strategy, that’s great news for businesses of all sizes. Using some of the same principles Bob and others applied internally to Oracle can be applied to small and medium brands to help anyone get their content groove back.