How photoshop became a verb
Advertisement 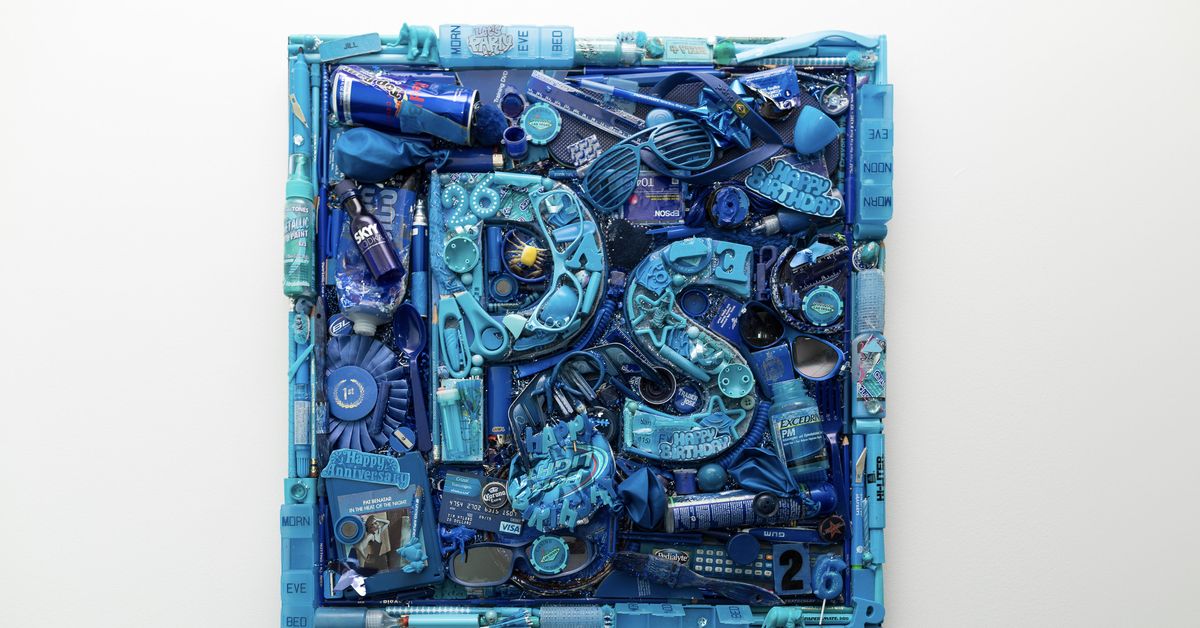 If you need to alter a photo, there’s a good chance you’ll photoshop it. But even though people have been photoshopping images for 30 years as of today, it wasn’t until the last decade that it became widely accepted that you can use “photoshop” as a verb. Before then, you were more likely to “edit an image with Photoshop” than you were to “photoshop an image.”

The rise of photoshop — the verb — tracks with our cultural concerns around image manipulation. While the term was adopted among internet commenters just years after the software’s release on February 19th, 1990, it didn’t become widespread until stories about edited propaganda and touched-up celebrities began to regularly fill our news feeds almost two decades later.THERE WERE PLENTY OF CHEAPER EDITING APPS — PHOTOSHOP DIDN’T HAVE TO BECOME THE GO-TO WORD

It wasn’t inevitable that photoshop would become the go-to term for image manipulation. Photographers had been manipulating photos for more than a century before Photoshop was created, and it wasn’t the only piece of image editing software around in the early days of computers. On top of that, Photoshop was largely inaccessible professional software: hard to use and really expensive. It originally sold for $895, and it never got much cheaper.

It was very much in spite of these hurdles that photoshop became the known term for image editing. In part, that’s because it quickly became the industry standard for designers. But it also quickly became picked up as the tool used for goofier creations and online jokes, too, leading to many of its first informal uses.

Blogs and tech publications were among the first to start referring to Photoshop more colloquially. Wired wrote that someone had “Photoshopped set designs” in an article from October 1999. Something Awful appears to have first used “Photoshopping” in November 2001 while writing about covering its founder’s face with digital pimples. Over the next few years, Boing Boing mentioned “Photoshopping” twisted versions of children’s books, and Engadget referenced having “Photoshopped” an image to display on the PlayStation Portable.PIRACY SPIKED, AND SO DID CONCERNS AROUND PHOTOSHOPPED IMAGES

Early uses of the term among mainstream publications were a bit more awkward. In 2006, The New York Times wrote about a model whose body was “apparently Adobe Photoshopped,” while The Wall Street Journal used the term metaphorically (“he has Photoshopped it in his mind”) to refer to a person who had reconsidered his view of a photo.

It was also around this time that Photoshop became much more widely accessible — though not by Adobe’s choice. Peer-to-peer piracy services like Napster had been around since the turn of the century, but it was in the mid-2000s that software piracy became far more widespread. Adoption of broadband internet spiked early in the decade, and, combined with BitTorrent, it became much easier to download and distribute pirated copies of large apps and games. While details on the widespread piracy of Photoshop are largely anecdotal, a 2009 report from a group of software makers, including Adobe, estimated that more than 40 percent of PC software was pirated.

Use of the term really began to grow as concerns around photoshopped images became mainstream. In 2007, Gawker started writing about celebrity images that had been photoshopped, such as a supposed lewd image of Paris Hilton. In 2008, TMZ reported on a L’Oréal image featuring a “severely Photoshopped Beyonce.” That same year, The New York Times wrote about how Iran’s state media appeared to have photoshopped an image of a missile test to add a fourth missile when only three had been launched, and The Telegraph covered a controversy around whether a Dove ad campaign meant to feature “real beauty” rather than retouched models had, in fact, been retouched.“THE VERB IS JUST TOO EFFICIENT A WAY TO REFER TO THE ACTION.”

Seeing usage rise in those years, Merriam-Webster decided to add “photoshop” to its dictionary in 2008. “As it gained increased use, it was just clear that it was not going anywhere,” Emily Brewster, a Merriam-Webster senior editor, told The Verge. “The verb is just too efficient a way to refer to the action.”

Brewster says that kind of linguistic efficiency — e.g., “I photoshopped it” versus “I altered the image using digital software” — is often the reason a noun will morph into a verb. “Especially when a noun refers to a process or a way of doing something, it really lends itself to the transformation into a verb,” Brewster said.

These examples from news websites were not the altogether earliest uses of photoshop as a verb. Merriam-Webster’s earliest cataloged use of photoshop is from a Usenet newsgroup in 1992. And if you look through old forums and the archives of news websites, you’ll find instances of photoshop, photoshopped, and photoshopping peppering the comments sections far earlier than you’ll find them in actual articles.AS KENDRICK SAYS ON HIS PULITZER-WINNING ALBUM, “I’M SO FUCKIN’ SICK AND TIRED OF THE PHOTOSHOP.”

Part of the reason is that traditional publications are typically hesitant to use colloquial language until it’s generally understood among readers. That generally means that, once a word like photoshop is printed by a major publication, it’s attained some degree of widespread usage — enough that editors believe it’ll be clear to most readers.

This is also the kind of formally approved usage that Merriam-Webster looks for when determining whether to add a new word. “That tells us it’s reached this level of usage that means native speakers are likely to come across the word in print, and the word is likely to stick around,” Brewster said. And that means if readers don’t know its meaning, it’ll be in the dictionary for them to look up.

In a lovely coincidence, The Verge’s copy desk made a number of updates to our site’s style guide yesterday. Among them was the guidance that we may now “lowercase proper nouns as verbs,” which means that, after nine years on the internet, writers at The Verge can finally tell you to go google something or to photoshop an image.

“I think that the users of a language — the people — should be guiding standards, not brands or companies,” Kara Verlaney, The Verge’s senior copy editor, told me. Continuing to capitalize photoshop “just stopped making sense” when these words are already used so colloquially, she said. “I didn’t decide to [change it]. It was already happening.”ADOBE ISN’T THRILLED ABOUT ANY OF THIS

In recent years, the word photoshop has also had its meaning divorced from the application itself, become shorthand for lying in general. On “Humble,” Kendrick Lamar raps “I’m so fuckin’ sick and tired of the Photoshop” and pleads to see something natural. Jay-Z discusses perceptions of his marriage on a song from Everything is Love with the line “No photoshop, just real life.” The photo editing isn’t the point; it’s about the overall manipulation of reality.

As this sort of transformation happens, the companies behind these proper nouns are usually resistant to them becoming used colloquially and generically like this. If a word becomes too much of a generic term, companies risk losing their trademark — as happened for Escalator, which was originally a name brand of escalators. (The term became so generic, it even morphed into the word “escalate,” according to Merriam-Webster.)

Photoshop is a trademarked term, too, and Adobe has been hesitant to embrace the word’s success over concerns about losing the rights to it. Today, the company seems to avoid telling people not to use it, even if it won’t endorse the verb itself. In an email to The Verge, Adobe said, “We’re very proud of the Photoshop brand, its place in culture, and the role it continues to play in fostering Creativity for All.”

But in the past, Adobe has been more direct about telling people not to use the app’s name as a verb. As early as 2004, the company issued a memo that people should instead say, “The image was modified using Adobe® Photoshop® software.”

Unfortunately, that’s just not as catchy as saying a picture was ‘shopped.

Welcome to the multi-stage life