During the HP Reinvent 2019 event, HP unveiled its updated midrange enterprise and consumer device portfolios, as well as a new enterprise software security solution and the new Reverb VR headset. 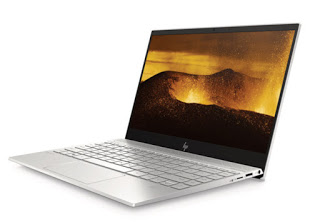 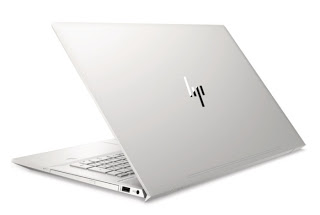 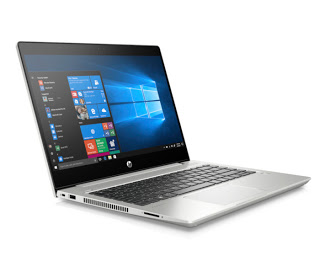 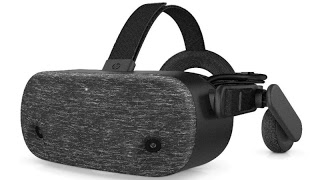 HP has refreshed its lineup of Envy laptops with the 8th Gen Intel processors and 2nd Gen AMD Ryzen processors. The new computing machines coming out of HP’s stable include the HP Envy 13, HP Envy x360 13, HP Envy x360 15, and the HP Envy 17 laptop. Some key features of the new laptops include webcam kill switch and privacy screen among others. Additionally, HP has also launched the Reverb VR headset, which is claimed to provide a resolution equivalent of 9.3-megapixel per eye and a 114-degree field of view.

Starting with the new Envy laptops, HP has added five new models to the series which include both regular laptops and convertibles. The HP Envy 13 and the HP Envy flaunt a similar design with a metallic chassis and come with features such as webcam kill switch, fingerprint sensor, and privacy screen to prevent others from peeping on the screen content.

The Envy 13 and Envy 17 come equipped with a 3-way micro edge full-HD display with slim bezels, but one can choose the optional 4K panel for the smaller Envy 13 laptop. Both the laptops can be configured with up to an 8th Gen Intel Core i7 processor with a peak clock speed of 4.6GHz (Turbo) and discrete Nvidia GeForce MX250 graphics. The HP Envy 13 and the Envy 17 will be up for grabs from HP’s online store starting next month carrying a price tag of $899.99 (around Rs. 62,200). The larger HP Envy 17 will also be available from Best Buy in May.

As for the Envy x360 series convertibles, they borrow some of their features from the vanilla Envy lineup such as webcam kill switch, fingerprint sensor, privacy screen, Bang & Olufsen audio, and 3-sided micro-edge display. The Envy x360 13 offers a choice between full-HD and UHD screens, while the Envy x360 15 model bump up the resolution to 4K.

The Envy x360 13 can be configured with up to a 2nd gen AMD Ryzen 7 processor with maximum clock speed of 4GHz (Boost) paired with AMD Radeon Vega 10 graphics. The Envy x360 15 offers a choice between AMD and Intel processors – the Intel variant packs up to an 8th Gen Intel Core i7 processor ticking alongside the Nvidia GeForce MX250 with 4GB of graphics memory. On the other hand, the AMD variant can be configured with up to AMD Ryzen 7 processor paired with AMD Vega 10 graphics.

HP has also launched two new laptops in the ProBook series powered by AMD processors – the ProBook 445R G6 and the ProBook 455R G, both of which pack a 2nd Gen AMD Ryzen processor and feature a MIL-STD certified metallic build with a 180-degree hinge. The new ProBook series laptops will hit the shelves in June, but there is no word on their pricing yet. The company has also lifted the covers from the ProDesk 405 G4 Desktop Mini that is powered by the 2nd Gen AMD Ryzen Pro processor with AMD Radeon Vega graphics and will go on sale in May priced at $499.

The major highlight among HP’s latest products is the company’s new VR headset – the HP Reverb. HP’s wearable offering has support for the Windows Mixed Reality platform as well. The HP Reverb VR headset comes in two variants – the HP Reverb Professional Edition and the HP Reverb Consumer Edition priced at $649 and $599 respectively.

As for the specifications, HP’s VR headset features a lightweight design and packs two LCD displays with a resolution of 2160 x 2160 pixels per eye and 90Hz refresh rate. The HP Reverb has a 114-degree field of view and comes equipped with two front-facing cameras. Both the headsets will be available to purchase in April, but only in the US market. There is no word from HP if, or when, the Reverb VR headset will be launched in other markets.

Oculus showed off a new design for its premium VR headset, but its features are not very ambitious (FB)