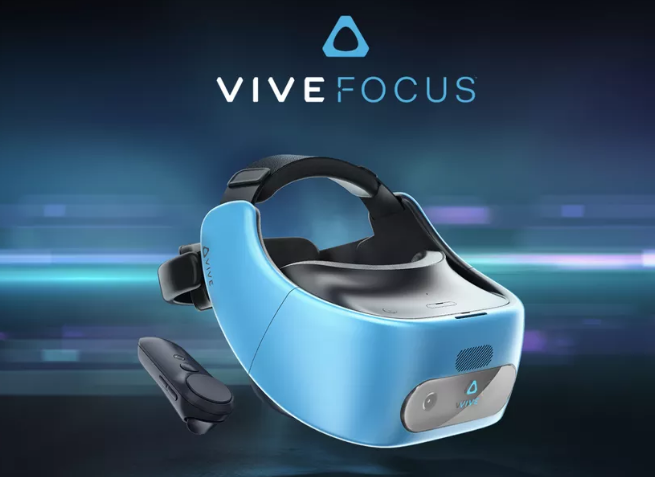 HTC will start selling its standalone Vive Focus virtual reality headset worldwide today, after an initial launch in China earlier this year. The headset, which will cost $599 in the US, is aimed at business customers in 37 countries. It’s part of a larger attempt to make HTC VR headsets appealing to companies, including a newly announced collaboration app called Vive Sync, which lets employees in different offices meet and work together in VR.

The Vive Focus is a self-contained mobile headset that tracks a user’s motion with outward-facing cameras — similar to the upcoming $399 Oculus Quest headset. HTC announced itafter canceling a similar headset based on Google’s Daydream VR platform, and it was initially unclear whether the Vive Focus would launch outside China. However, HTC confirmed an international release this spring, making a development kit available to US buyers.

THE VIVE FOCUS IS SIMILAR TO THE OCULUS QUEST, BUT THEY’RE NOT DIRECT COMPETITORS

We were impressed by the Vive Focus’ tracking quality, and since its launch, HTC has developed fully tracked motion controllers to supplement its original remote-like pointing device. But don’t expect a direct Oculus Quest competitor. HTC isn’t pitching this as a consumer device — it’s more likely to show up in training simulators, industrial design facilities, or arcades. Buyers can add one of two “Advantage” premium service and repair packages, bringing the cost up to either $749 or $799.

The Vive Focus will sit alongside HTC’s older $499 Vive and $799 Vive Pro headsets, which are tethered to a computer. HTC touts the Vive Focus as a headset for “businesses that want a truly mobile VR experience.” Unlike the original Vive, it doesn’t require any external sensor boxes, and it features the same high-end 2880 x 1600 resolution as the Vive Pro; it’s powered by Qualcomm’s Snapdragon 835 mobile chipset and has a battery life of up to three hours.

HTC highlighted another upcoming all-in-one headset by Chinese company Shadow Creator, which is using HTC’s Vive Wave mobile VR platform to launch a headset called the Shadow VR. It will launch worldwide on November 11th, and has a similar feature set to the Vive Focus, albeit with a slightly lower-resolution screen.

HTC has set its sights on business customers for a while now, but it’s emphasizing that aim more than ever with the Vive Focus. That’s a contrast with competitors Oculus and Sony, which have portrayed their VR headsets as mass-market entertainment devices — although Oculus also provides headsets to companies like Walmart for training and other uses. HTC is likely making the safer move here, since businesses have consistently used VR systems for decades, while it’s only recently carved out a niche in the consumer market. But for anyone looking to buy an HTC-built VR headset for personal gaming or VR movies, it’s a bit of a disappointment.