Huawei is about to release an iPad Pro… errr MatePad Pro!
Advertisement 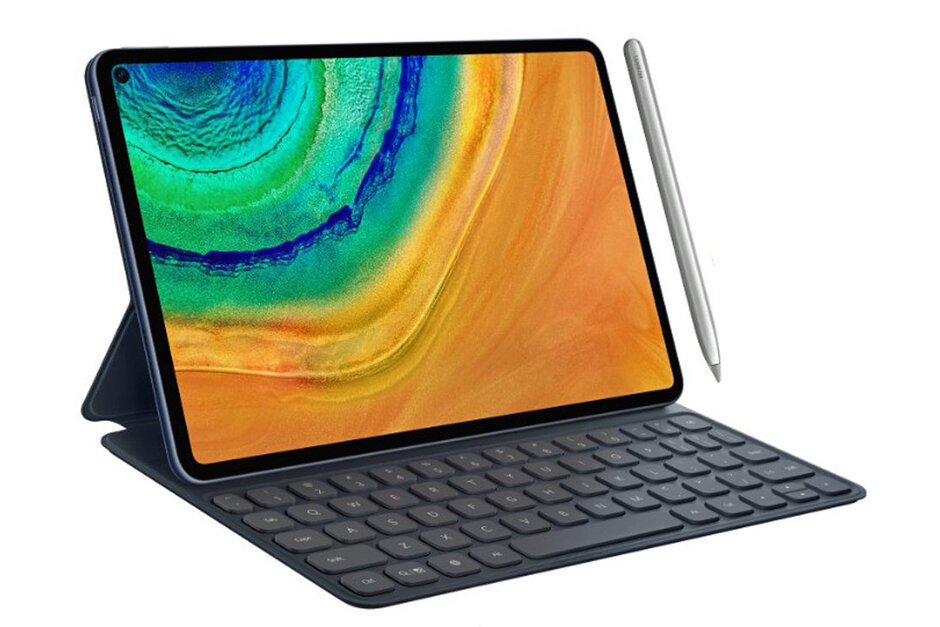 The tablet market hasn’t been doing so well in recent years and not many companies dare to experiment with new products for the niche. That’s why it’s always exciting when we see someone daring to make a new top-tier tablet. It seems that this time around, it’ll be Huawei.

Some renders of a new Huawei tablet leaked around mid-October. These depicted a tablet with an all-around thin bezel, which looks a lot like Apple’s latest iPad Pro. Difference being that the Huawei tablet has a small punch-hole in the top-left corner. Back then, it was believed that the tablet would be named Huawei MediaPad M7. However, reliable leakster Evan Blass corrected that statement and claimed it’s the Huawei MatePad Pro.

If the design and naming scheme wasn’t enough to send some Apple tingles down your body, we also have what appears to be a keyboard case and a dedicated stylus for the MatePad Pro, which look a lot like the iPad Pro’s Smart Keyboard and Apple Pencil. Hey, at least it comes in 4 different colors, including quirky orange and the newly-cool green.

Specs? No idea so far. The pictures do depict a quad-speaker stereo setup for sound and a dual camera on the back. We would assume that it’ll be a top-tier device as it looks the part… and it’s a Pro, after all.

One might be worried that with Huawei being barred from using Google apps, this tablet might be limited to Asian markets only, or not worth a buy in the end. But fret not, it looks like Huawei is very close to regaining access to the Google framework! So, if it all works out, we might have a nice competitor for the Apple iPad Pro and Samsung Galaxy Tab S6. It will all boil down to what that stylus can do and how much the whole package costs!

Motorola Razr rumors: Everything known about the foldable phone so far