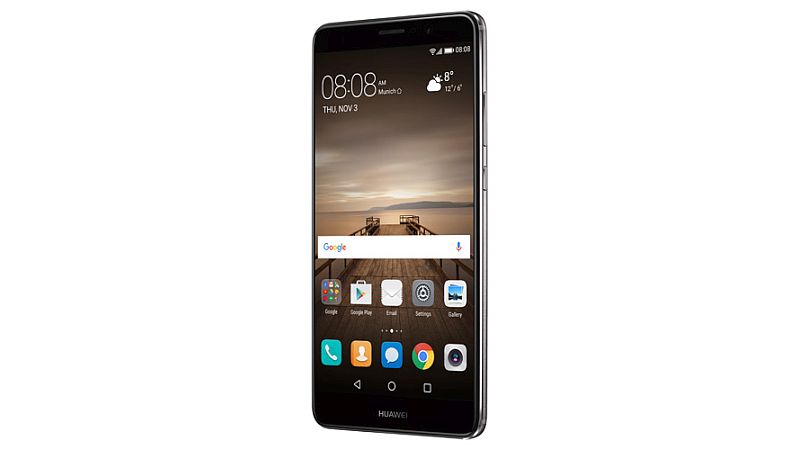 We’re fast approaching a new age where bezel-less displays are the new norm. Xiaomi kicked it off with the Mi MIX, while LG and Samsung followed with the G6 and Galaxy S8, respectively, and Apple is expected to do the same with its upcoming tenth anniversary iPhone. Huawei is also looking to shift to ‘full-screen’ displays when it launches the Mate 10 flagship, CEO c confirms.

Bezel-less displays have been trend for smartphones in 2017, and Huawei’s CEO has confirmed rumours that began earlier this month that the successor to the Mate 9 will feature a near bezel-less display as it looks to grow mobile shipments tis year and take on the giant Apple. In an interview with Bloomberg, Richard Yu said that the Mate 10 will be unveiled right around the time Apple reveals its next iPhone, which means we’re looking at a possible September unveiling. In fact, Huawei’s CEO unabashedly revealed that the Mate 10 will have features that will trump Apple.

“We will have an even more powerful product,” Yu says. “The Mate 10, which has much longer battery life with a full-screen display, quicker charging speed, better photographing capability and many other features that will help us compete with Apple.”

The CEO’s remarks comes soon after Huawei reported a slowdown in smartphone shipments the year with an estimated 140 million-150 million smartphones expected to ship by year-end. This is only marginally better than last year’s 139 million figure. Huawei claims the reason behind this is that the company is focusing on chasing profits rather than volumes, and it plans on doing this by shifting focus towards high-end phones.

The Chinese manufacturer also plans on unveiling an “AI processor” this year that looks to make smartphones “intelligent”. Yu, however, did not clarify whether Huawei’s dedicated AI processor will be included with the upcoming Mate 10.

As for everything else that is expected to come with the Mate 10, earlier this month it was reported that the upcoming smartphone will come with facial recognition, support for AR, and could have 3D sensing as well. Additionally, the smartphone is tipped to come with iris scanning and is expected to be powered by Huawei’s HiSilcon Kirin 970 SoC based on the 10nm process.

The Huawei Mate 10 is tipped to come with a 6-inch (1080×2160 pixels) display with an 18:9 aspect ratio, identical to the LG G6 and similar to the Galaxy S8. Cameras on the smartphone are expected to be Lieca-branded, as was the case with the Mate 9. Going by CEO Richard Yu’s statement, the Huawei Mate 10 could be unveiled some time in September.