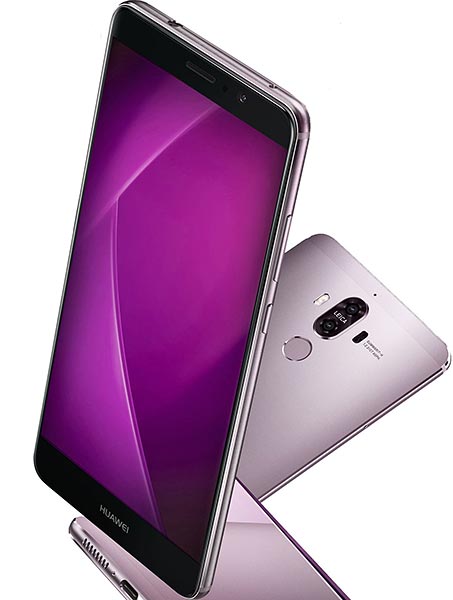 The Huawei Mate 9 doesn’t stray from Huawei’s design philosophy: it’s simple, classy and elegant, but it doesn’t exactly stand out in the crowd.

Huawei’s approach turned out to be different than Apple’s. Instead of focusing on zoom, its secondary camera only took monochrome photos that were combined with the other camera’s color photos for enhanced sharpness and details.

Now, at an event in Munich, the company showed the evolution of that concept with its new phablet flagship, the Huawei Mate 9. The 5.9-inch phone has a dual rear camera with the main sensor taking 12-megapixel color photos, which are then combined with the monochrome photo taken by the other rear camera, which has a resolution of 20 megapixels.

Confused? Yes, the two sensors actually have a different resolution, with the result (in color) being a 12-megapixel photo. Huawei tells me the other, 20-megapixel monochrome photo does wonders for sharpness and detail, but the top resolution you’ll get on a color photo is 12-megapixels. You can, however, take a 20-megapixel monochrome photo, and you can also take photos with a 2x pseudo-optical zoom, though it wasn’t entirely clear to me how is this different from standard digital zoom seen (and seldom used) on basically every smartphone camera out there.

I’ve had a very brief time to try out the phone’s hybrid dual camera system prior to Thursday’s launch, and the photos are indeed very sharp, but it’s hard to say how much an improvement it is over P9’s (already very good) dual 12-megapixel cameras.

The dual cameras also let the phone do another trick from iPhone 7’s book, and that’s bokeh, the depth-of-field effect that makes the object in the front sharp and the background blurry. But Huawei Mate 9 has a slightly more advanced version of the feature, which lets you choose the level of background blurriness you want with a slider, and even apply the effect in post-processing, after you’ve taken a photo.

Other specs on the Mate 9 are unsurprisingly top-notch; the phone combines Huawei’s new Kirin 960 chipset with the latest Mali GPU, which Huawei claims results in very fast performance and top scores in multi-core GeekBench tests. It also has 4GB of RAM and 64GB of memory, stereo speakers, four microphones (which allow for some very precise sound recording) a fingerprint sensor and a 4,000mAh battery. The only line on the spec sheet that might not sound up to par is the screen’s resolution, which is full HD (Huawei has stubbornly refused to go higher than that on any of its phones). It might not look as flashy as the quad HD resolutions seen on some phones, but it also doesn’t drain so much battery, so it’s not a huge downside.

On the software side, the Mate 9 is the first Huawei device to run Android N, and Huawei’s EMUI 5.0, which now — finally — has an app drawer option, so you can make it look a little bit more like Google’s stock Android experience.

The phone also has a few nifty, Huawei-specific tricks. The phone uses machine learning (which stays on the device, if you’re concerned about privacy) to learn about your usage patterns and do stuff like predict which app you’re likely to open next and make sure it opens fast. As the phone gets smarter about your habits, it should also get faster over time; 80 percent faster, Huawei claims, after 16 months of use.

Huawei also claims the storage, memory and picture rendering have all been optimized for faster operation. Lastly, the phone now has a secure element called “private space” which you can use to store sensitive data, and even assign a different fingerprint for access.

Finally, a few words on the look and feel. At 5.9-inches, it’s a big phone, and even though its bezels and case are quite thin, it likely won’t be a good choice for those with smaller hands. In Europe it’ll come in two colors: silver and dark grey. It won’t win any originality contests, but combined with Huawei’s great build quality, it looks and feels premium.