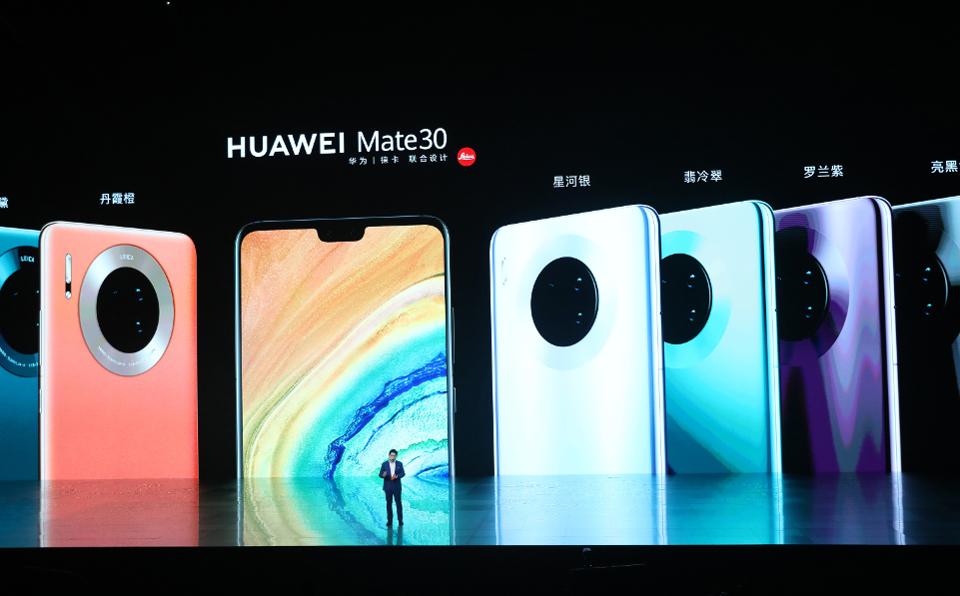 As the world watches on, the drama around Huawei’s newly released Mate 30 and its painful loss of Google’s full-fat Android software and services is now veering from bad to worse. In the latest sorry twist, users are being told of a newly shared workaround that installs a third-party backup onto new devices complete with Google’s array of offerings. Google’s Safetynet still fails, but otherwise “the whole service works great.”

The backup is from a device that was installed with Google apps back when the originally touted workaround still worked, before it was shutdown by some combination of Google and Huawei. It’s difficult to know where to start with this. The security implications for the average user are so alarming that they should be censored. With wave upon wave of malicious hacks targeting the Android community, sharing technical fixes that circumvent security protections—albeit for virtuous reasons—opens up so much risk that it needs clamping down.

The initial Google workaround was to install an unofficial Google installer app from an unknown Chinese developer, changing the core system setup on a Mate 30 to enable Google’s apps to be installed. It seemed fine, video tutorials instructed on the options to select. But when the workaround was unpicked, it became clear that the solution could only work if Huawei knowingly or unknowingly had left parameters open.Today In: Innovation

As soon as that became public, the workaround was shut down. At the time it seemed that any users who had applied there fix would come unstuck, although my colleague David Phelan has reported that lucky users who got in early might still be okay.

That LZPlay (as the Chinese workaround app was called) fix introduced significant risk. Granting core system access to an unknown app could have opened doors to more than Google Maps and Gmail. And the implication that somewhere between Huawei and Google there was a fix that circumvented the U.S. blacklist carried other risks. Whatever went on behind the scenes, the fix has been shut down.

Now, as explained by XDA-Developers in an October 8 post, the new “backup” fix “involves restoring a backup image from a device that managed to install Google apps using Google Services Assistant from back when the method worked.” As such, it is specific to the Mate 30 Pro—the device that applied the workaround at the time.

The use of the LZPlay workaround, replete with its Chinese language instructions, was complex enough. And this one “is not as simple,” and carries a caveat “that SafetyNet will continue to fail since that is a server-side change from Google.”

It is unclear what state a phone is in once this backup has been restored. A user would ordinarily set up a new device as a continuation of their last one, they would not reach for someone else’s backup, despite that backup being data-free. But for now, “if you are looking to install Google Apps… this new workaround is your best bet.”

And so for a typical user who wants a seamless Android experience, firmware updates and security patches, and assurance that there are no shocks down the road, spending $1000 on a device that might or might not survive the next set of firmware updates is a risk I would venture few will be willing to take. Unless Huawei had been able to launch its own click and install option for Google, there is no mass-market option. And that type of fix will not be available until the political situation changes.

Any workaround to enable an after-market Google load on a Mate 30 is opening up Google “stubs” deep within Huawei’s version of the Android open-source core to enable apps and services to be installed. As reported by John Wu in a Medium post when he unpicked this, “undocumented Huawei specific MDM APIs,” were used, “signed with a special certificate from Huawei, granting privileges nowhere to be found on standard Android systems.”

“Wait a minute,” Wu asked in his post, “does that mean either Google is sneaking the stubs to Huawei, or Huawei is blatantly stealing Google’s stub binaries? The sole purpose of the app is to install Google Services on a non licensed device, and it sounds very sketchy to me, but I’m no lawyer so I have absolutely no idea of its legality.”

And so to the issue. It is not in Google’s or Huawei’s interest to be seen to flaunt U.S. restrictions so publicly. When Huawei’s consumer boss hinted to the media—ahead of the Mate 30 launch—that such workarounds would come, it was shutdown by the company’s official communications channels. And when the initial workaround appeared and then disappeared, Huawei told me that the “Mate 30 series is not pre-installed with GMS, and Huawei has had no involvement with www.lzplay.net.”

It is entirely feasible for Huawei and Google to shut down any workaround as the firmware on the Mate 30 devices is updated. What works today can easily cease working tomorrow. And so any user that buys a device with a workaround in mind needs to bear this risk, unless they want to prevent their device updating or play a constant game of tag with the tech companies, applying fix after fix.

All of which kind of leaves us back where we thought we had started. Despite great devices, most analysts expect Huawei’s Mate 30 sales outside China to take a huge hit. And Huawei needs to turn to Beijing and the discussions with Washington to make this current nightmarish Google drama go away.

APPLE INVESTS $200 MLN IN JDI TO REDUCE RELIANCE ON SAMSUNG