I don't like Microsoft's Surface Duo as a phone, but would love it as a tablet
Advertisement 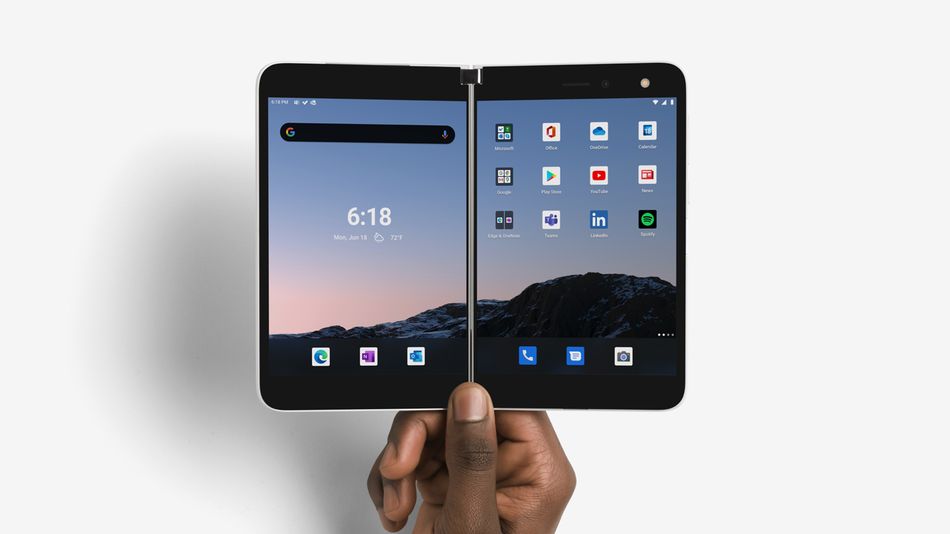 For nearly a month, I’ve been using the Microsoft Surface Duo, the company’s first Android-powered phone. We’ve already covered the Duo in great detail, including a non-reviewers review, from ZDNet’s Mary Jo Foley and another review from ZDNet’s Matthew Miller.

I’ve tried, many times, now to work the Duo into my daily workflow. I’ve used it as my main phone for a few days, I’ve used it as a secondary device for jotting notes with a Slim Surface Pen, and finally, I’ve used it to monitor Twitter or my inbox while watching Twitch or YouTube videos.

With the Duo, Microsoft took a novel approach to reimagine the smartphone. Instead of a black rectangular device, like nearly every phone released in the last five years, Microsoft took two displays, put a hinge between them, and covered the outside in glass. The Duo opens like a book, without an external display to let you know if you have waiting messages, alert you when you’re getting a call or even offer a glanceable clock to check the time.

You either open the Duo and connect to the digital world, or you’re completely cut off from the seemingly constant stream of information that pings normal phones throughout the day.

I realized almost immediately the Duo doesn’t really work as a phone in the traditional sense. There are just too many concessions — no front display, the camera is mediocre at best, and the overall form factor just feels awkward when using it as a single screen device.

But after a couple of weeks, I came to the realization that a bigger version of the Duo would make for a fantastic tablet.

I know, I know. Microsoft already announced the Neo , a device that looks almost exactly like the Duo, only bigger, and it runs Windows 10X. But last week, Microsoft removed the Neo’s product page from its site altogether. We already knew it was delayed, and that Microsoft was going to focus its Windows 10X efforts on single screen devices before moving on to the Neo, but removing the listing altogether doesn’t bode well for an eventual release.

Maintaining electronic communications in business involves walking a fine line. Employees want relevant information to be kept available for future reference so that they can do their jobs, but keeping these items long-term can pose security and…

This 9-Course, 102-Hour Bundle Will Be Your Ticket to a Six-Figure Career in the Booming Project Management Field.

But back to the Duo.

Where the Duo shows the most potential is with multitasking and using more than one app at a time. The fact that there’s a physical divide between the two screens, as opposed to a foldable display like the Galaxy Z Fold 2, forces you to be deliberate with what app or apps you have open, and on which screen, but the decision making stops there.

For example, on the iPad, it often feels like an either-or device. Either you’re using one app at a time, in the default full-screen setting, or you use a shrunk-down version of the app in slide over, or you can use a split-screen view, which can then itself be adjusted to various sizes. In turn, you’re forced to make a lot of conscious decisions about which app goes where, and how much screen real estate does it warrant, or is it better if this app is used in slide over? Don’t get me wrong, I love working on the iPad, but its current multitasking setup needs to be refined.

The Duo removes some of those decisions and leaves you with a more natural feeling of using more than one app a time, with the versatility of folding the second display back and using a single app in a more compact setup.

I was disappointed with the Surface Pen experience on the Duo, though. I really wanted to use it to take notes during meetings, but found myself struggling with errant scribbles thanks to palm rejection issues.

The software, as a whole, is in need of several improvements. Even though the Duo shows the potential for dual-screen devices and multitasking, it’s full of bugs and usability issues. Dragging apps from one screen to the other, or trying to expand it to take over both screens isn’t always a smooth process. And Android’s gestures compete with Microsoft’s multitasking gestures at times, meaning you don’t really know if you’re going to go back a screen or open the app switcher view.

As I box up the Duo and wait to get my $1,500 back, I’m left feeling hopeful about the second or third generation Duo. Microsoft has found a way to bring the ease of pairing devices like a Surface Pen, and a seamless audio experience with the Surface Earbuds to a non-Windows device, and it’s doing so with a completely novel design.

Hopefully, we see a Duo+ in the near future. Or, you know, that Neo device we once heard about.

iPhone 12 vs. iPhone 11: Main differences, according to the buzzing rumor mill