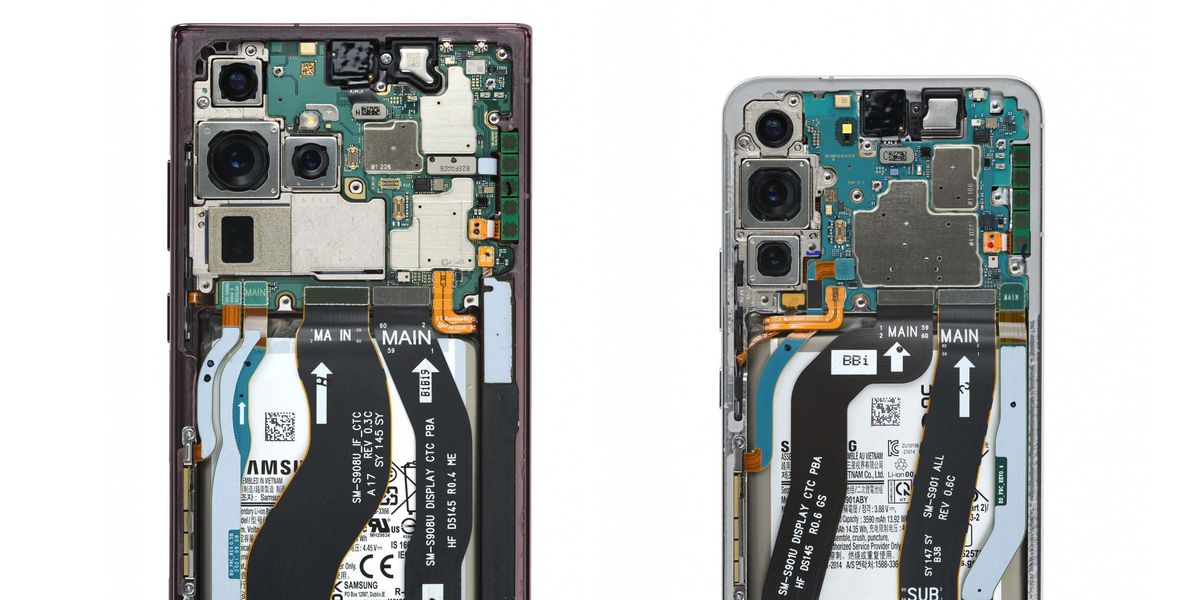 The release of Samsung’s latest flagship smartphone means we’ve got another excellent iFixit teardown to enjoy, which offers a great look at the insides of the Galaxy S22 and S22 Ultra.

The teardown gives us a look at how Samsung has gone about integrating its S Pen stylus into the Galaxy S22 Ultra, as well as the new vapor chamber for keeping the phone cool during use. But the most interesting discovery relates to the vibration motor inside the S22 devices, which iFixit notes is now built into the bottom speaker rather than the top.

The speculation is that Samsung is trying to catch up to the performance of the iPhone’s Taptic Engine, but it’s doing so with a component that takes up less internal space. The changes Samsung has made to the vibration motor were actually picked up on by Marques Brownlee in his review, although he found it made the vibration harder to notice while the S22 was in his pocket. Bummer.

Unfortunately, Samsung’s flagship phones are still a bit of a nightmare to repair, which is bad news for device longevity and hence the environment. Although the internals of both phones are held together with standard Philips-head screws, their casings are stuck together with tough adhesive that’s difficult to tease apart (iFixit actually cracks the back of its S22 Ultra during removal), and their batteries take “a tedious combo of isopropyl alcohol, suction cup lifting force, and patience” to remove and replace.

The result is a pair of three out of 10 scores for reparability, which is the same as last year’s S21 Ultra but represents a slight fall for the base Galaxy S21. For reference, last year’s iPhone 13 Pro scored six out of 10, which proves that it’s possible to do better without sacrificing the premium flagship feel of a device.