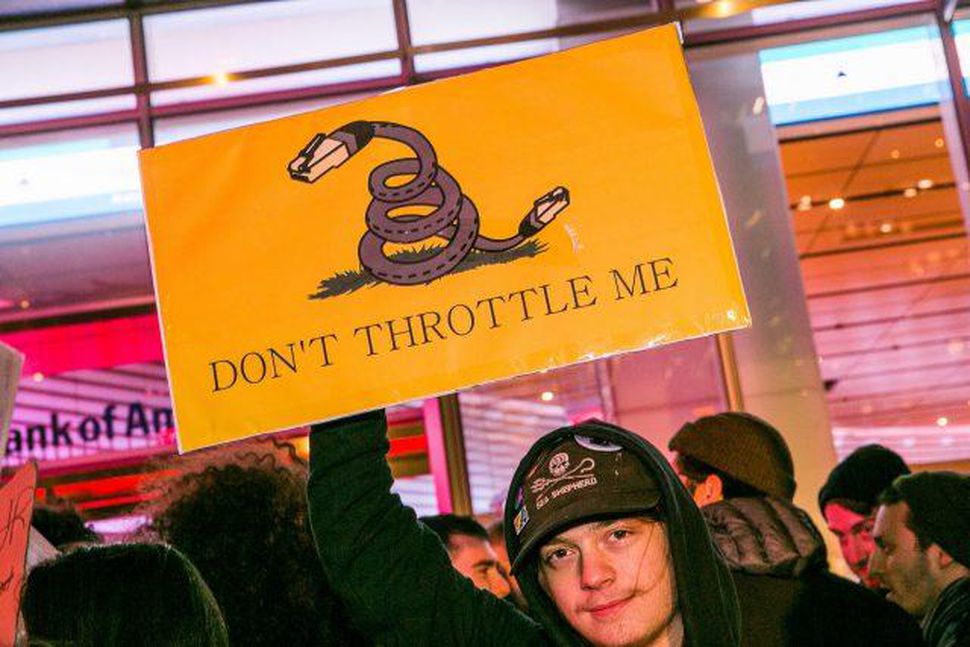 On Wednesday, mobile-industry lobbyist the CTIA; USTelecom, which lobbies for the telecommunications industry; and the two lobbying organizations for the cable industry, NCTA and the American Cable Association, jointly filed a lawsuit in federal court against the state of California to block its new law.

Collectively, the groups represent almost every broadband provider in the country, including mobile operators like T-Mobile and Sprint as well as cable and telecom companies such as AT&T, Comcast, Charter, Verizon, Frontier and CenturyLink.

The suit, filed in the US District Court for the Eastern District of California, asserts that California’s net neutrality protections are illegal because they’re pre-empted by the Federal Communications Commission, which rolled back federal net neutrality rules earlier this year.

The trade groups’ suit calls California’s law a “classic example of unconstitutional state regulation,” and it’s asking the court to block the rules from taking effect on Jan. 1.

This is the second lawsuit filed against California since Gov. Jerry Brown signed the bill into law on Sunday. The Trump administration’s Department of Justice is also suing California and seeking a preliminary injunction to stop the law from going into effect.

At issue is whether California and other states have the right to pass net neutrality laws, which they claim are necessary to protect their citizens. As part of its roll-back of federal net neutrality rules in June, the FCC included a provision in its order that pre-empted states from creating their own regulations. The DOJ and the broadband industry argue it would be too complicated for internet service providers to follow different net neutrality rules in 50 states.

US Attorney General Jeff Sessions said California’s law violated the Commerce Clause of the US Constitution.

“Under the Constitution, states do not regulate interstate commerce — the federal government does,” he said in a statement.

But net neutrality supporters argue that since the FCC has refused to regulate these services and because the agency actually abdicated its authority for such regulation to the Federal Trade Commission, states can impose their own rules for services delivered in their states.

California’s law, which prohibits internet service providers from slowing down or blocking access to websites or charging companies like Netflix extra to deliver their services faster, is based on Obama-era net neutrality protections that the Republican-led FCC rolled back earlier this year. But California’s law goes further, also outlawing some zero-rating offers, such as AT&T’s offer, which exempts its own streaming services from its wireless customers’ data caps. The law also applies the net neutrality rules to so-called “interconnection” deals between network operators, something the FCC’s 2015 rules didn’t explicitly do.

The legislation has been opposed by the broadband industry, which considers it too restrictive.

California is just one of several states looking to enact its own rules governing an open internet, after the FCC, under Pai, rolled back the Obama-era net neutrality rules in June. States such as Washington have pushed through a net neutrality law, while others are considering doing so.

Meanwhile, attorneys general of 22 states and the District of Columbia have already filed a brief to a US Appeals Court to reverse the FCC’s move. Companies like Firefox publisher Mozilla and trade groups also filed arguments.

Net neutrality, the principle that all internet traffic is treated fairly, has been one of the hottest topics of debate over the past several years. Consumers, tech companies and Democrats have pushed for stricter regulations prohibiting the prioritization of traffic, which resulted in the rules put in place by the previous FCC. But the Trump-era FCC has agreed with ISPs and Republicans who fear the regulations are onerous and hurt capital investment.