They say “go big or go home” and the new Infinix Note 10-series is definitely not going home as the three new models have 6.95” displays – that is the same size as the Note 8 from last year, but this time the displays have 1080p+ resolution, up from 720p+ (which was rather low for this size).

And the displays run at 90 Hz refresh rate (and 180 Hz touch sampling rate) and are backed by faster chipsets. Let’s have a closer look.

The two phones are essentially identical besides the addition of NFC to the latter. The Note 10 Pro will be available later this month at a price of $260 (this may vary by region). 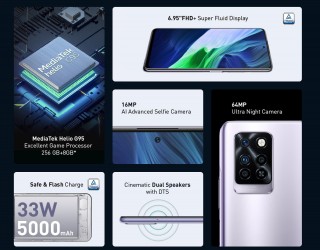 Infnix Note 10 Pro in a nutshell

The phones have 5,000 mAh batteries, which aren’t exactly huge, but they are quick to fill up – with the new 33W X-Charge a 0-100% charge takes 50 minutes less than it did on the previous Note model. A quick 5 minute top-up is enough for 2 hours of gaming, according to Infinix.

The front-facing camera has a 16MP sensor and can do face unlock or you could use the side-mounted fingerprint reader.

The phone has a 3.5mm headphone jack and stereo speakers with DTS audio processing. There’s an FM radio receiver on board too.

The Infinix Note 10 Pro is available in 7° Purple, Nordic Secret and 95° Back

You can find the Infinix Note 10 Pro on the company’s official site, the Buy Now button will navigate you to a local store.

The Infinix Note 10 shares many features with the Pro duo, but comes at a slightly lower price point of $200. Again, this may vary by region, the phone will be available later this month. Infinix Note 10 in a nutshell

The rear camera underwent some price-cutting measures. It has a 48 MP main sensor (still 1/1.7” though, so the pixels are larger) and the ultra wide module is gone. The main camera can still record 4K video (including the 960 fps slow-mo mode). The selfie camera is the same with a 16 MP sensor, the side-mounted finger reader is on board as well. 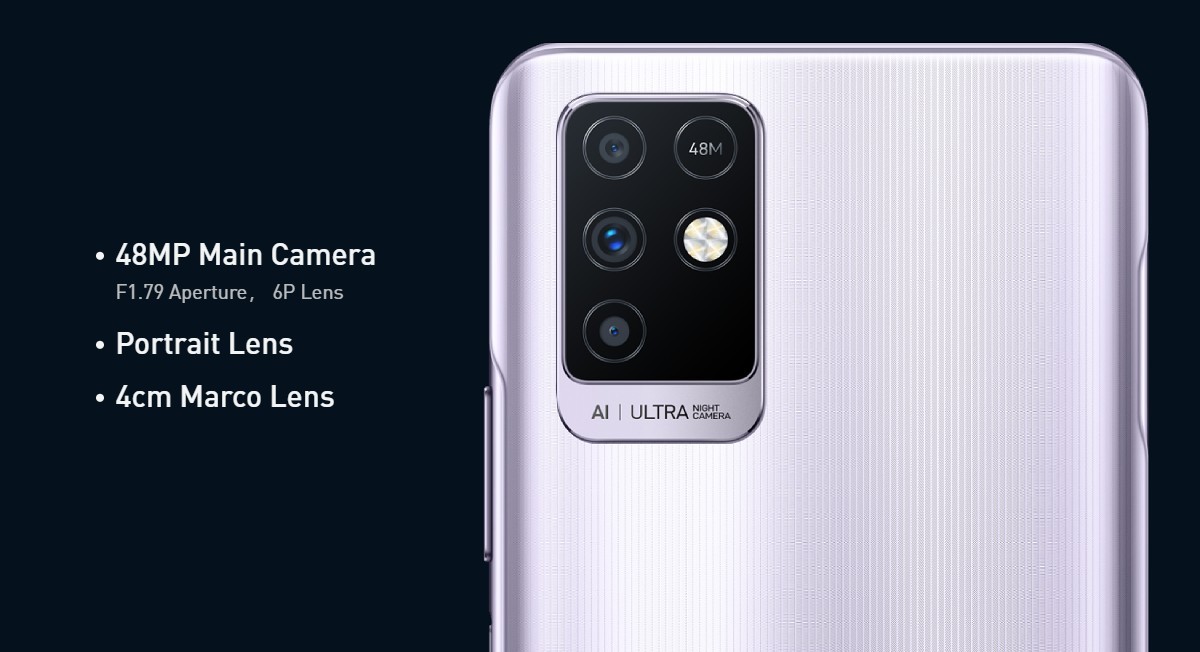 Another cutback happened to the battery – it still has 5,000mAh capacity, but now charges at 18W tops. As with the Pro, charging is done over USB-C.

The 3.5mm headphone jack (with FM radio) and stereo speakers with DTS processing remain on board.

Why creativity is important for wellbeing at work

How to Create a Winning Ecommerce Web App With Node.js?