Inside Samsung's new Silicon Valley retail store, which is opening up down the road from its main rival, Apple
Advertisement 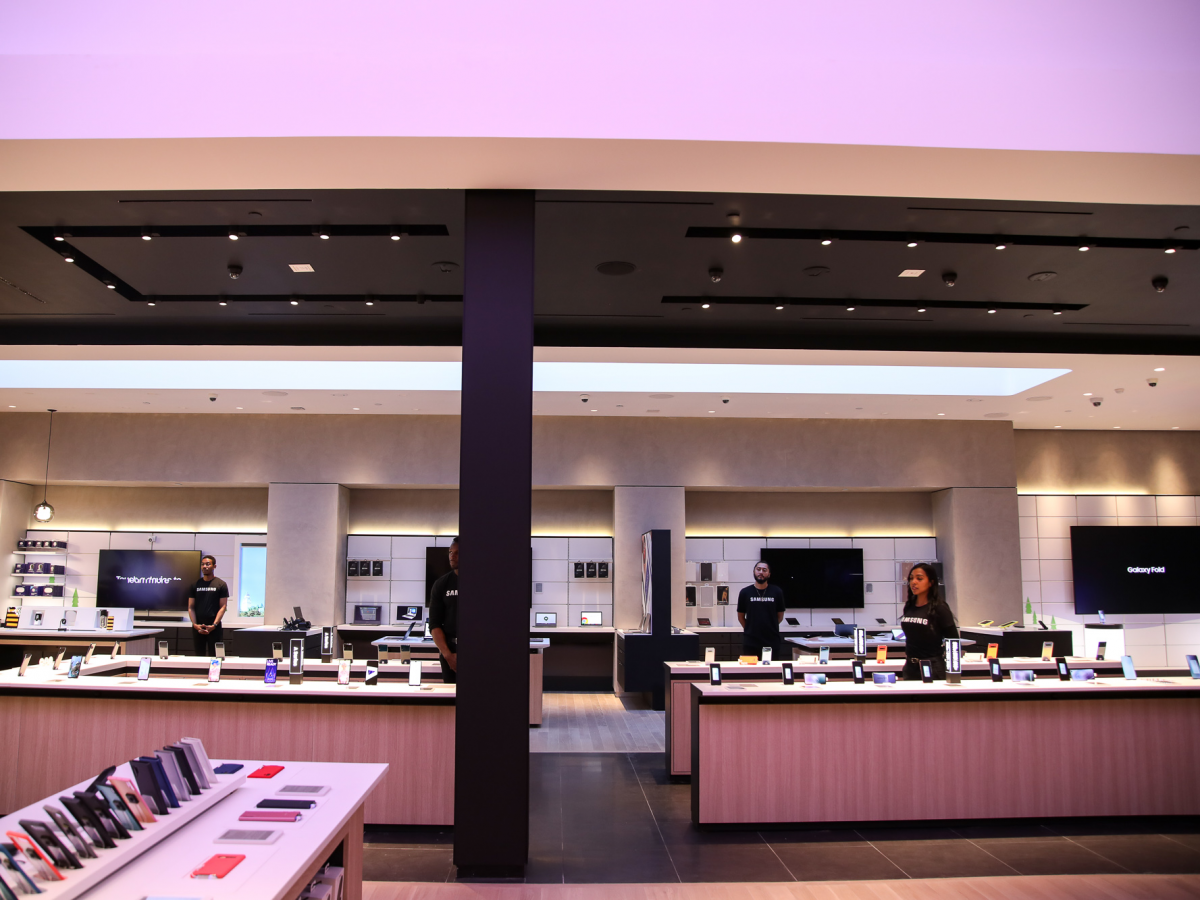 Samsung is opening a retail experience store in Palo Alto, California, in what is the company’s fourth store opening of its kind in the US.

Samsung enthusiasts in Silicon Valley will soon have a physical destination to test out the tech giant’s products.

The company is opening a retail experience store in the Stanford Shopping Center in Palo Alto, California, home to long-time tenant and consumer electronics competitor Apple.

The retail store will be open to the public starting on Thursday, December 12. It’s the fourth retail location of its kind in the US, with others already in Southern California, Long Island, New York, and Houston, Texas.

The idea behind the store is to give Samsung customers firsthand access to the full breadth of the company’s product line, from tablets and laptops to the Galaxy line of smartphones, including the company’s new $2,000 Galaxy Fold. The foldable smartphone isn’t in stock in the store, but customers can test it out upon request, and preorders are available. Full customer service is also available, like device repair and support.

The company said it has plans to roll out retail stores globally in the future.

“Every new store opened around the world will be based on this prototype,” Alan Robles, Samsung’s vice president of retail design and development, told the media during a preview of the store.

We visited the new location two days before it opened to the public. Check it out.

We toured the 5,000-square-foot space a couple of days before it opened to the public on December 12.

Lights in purple and blue hues bathed the entire store. It’s a different, though still cool, vibe from the crisp white layout Apple customers are used to experiencing in the tech giant’s own retail stores.

Samsung’s new store has all of the same sections in it as the company’s other US locations.

There’s a wearables section, which includes the Samsung Galaxy Buds and the Galaxy Watch Active.

… and the entire center of the store was devoted to Samsung’s line of Galaxy smartphones.

It’s the first thing you’re greeted by when you walk in.

The company chose Palo Alto because of the Bay Area’s large Samsung following. Allister Jones, senior vice president of retail for Samsung, told the media that there are lots of Galaxy fans in the region.

… its accompanying S Pen is in a holographic display alongside it.

… then there are the Galaxy A Series phones …

… and gleaming brightly in its own standalone case immediately to the right as you enter the store is Samsung’s new $2,000 Galaxy Fold.

When the phone debuted for the first time in April 2019, reviews came out that the device was easily breaking. It was released again in September 2019, with what seems like some marked improvements.

The foldable smartphone may be on display, but it’s not in stock in-store.

Customers can test out the device upon request, as well as ones that team members have on hand, but the store is only taking preorders for now.

Jones said the company took lessons from Samsung’s other retail locations when designing this one.

One was anticipating where customers move most often from section to section. So they made the bays in the store movable.

For example, if the company found that customers often gravitate from the Note 10s to the tablets, they could move the two bays into closer proximity of each other.

Another key function of the store is to teach customers how to get the most out of their Samsung devices.

The Samsung store will have full customer service, with device repair and support available.

A Samsung spokesperson during the store preview told the media that if a customer brings their cracked phone screen in, it can be fixed within an hour.

And if the phone is deemed irreparable, it can be swapped out on-site. In the meantime, Samsung will give you a loaner device until your new phone is serviced.

The Palo Alto store will serve as a prototype for future Samsung retail shops, which Robles said the company has plans to expand in the future.

The Palo Alto store will be open to the public starting on Thursday, December 12.