Introducing Pixelbook Go, a Chromebook laptop for people on a budget
Advertisement 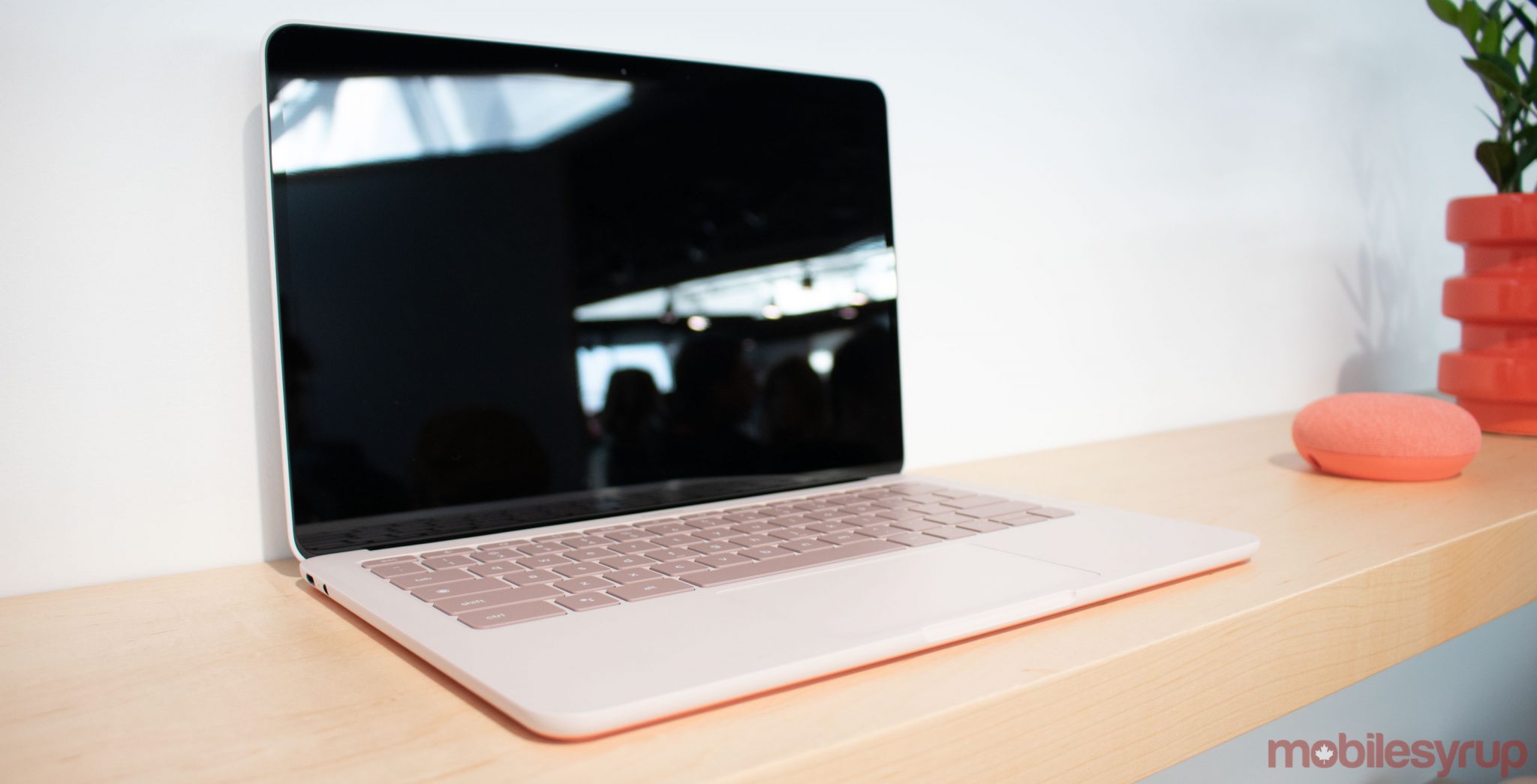 Slim metal body, large touchpad, expansive 13.3-inch screen. Is it a MacBook Air? Or, a Surface Laptop? No, it’s a Google Pixelbook.

The Pixelbook Go is designed to be a lighter, better and more affordable Chrome laptop than the really good but really expensive Pixelbook Google made two years ago. The Go has a larger screen (13.3 inches), but it’s lighter (2.4 pounds), shifting to a magnesium chassis. Google’s product team took me through what’s new, and why a more comfortable laptop experience was the most important goal this time around.

Besides being lighter, the Pixelbook Go promises to be better for typing on: A new keyboard is designed to feel better than the already pretty good Pixelbook keys, and quieter. The touchpad’s larger, too. My eyes are immediately drawn to a funky, grippy pattern on the bottom of the Go, a signature design move that’s supposed to help the laptop stay put on tables and be more easily held. It’s a good-looking laptop. Much like the MacBook Air or the Microsoft Surface Laptop, it has a clean overall look.

The Pixel phonelike design of the Pixelbook Go is there too, especially in the colors. The black and “not pink” color variants match what Google’s Pixel 3 phone came in last year. The curved and softer feel seems to fit the look, as well.

This is definitely the Chromebook I’d like to do work on, I think. But I tried “living on” the Pixelbook earlier this year and really appreciated it, too. Chromebooks are already really good at doing what they do. The limitations come down to being committed to Chrome and Google Play, and price.

Fast-charging through USB-C should offer a 2-hour boost in 20 minutes, which is more like what I’d expect from a phone. After suffering through used-up laptop batteries and waiting for a recharge, this sounds like a welcome change. The larger battery should last longer than those of previous Pixelbooks, too, 12 hours on a full charge according to Google.

The Pixelbook Go may start at $649, but its tiered pricing and specs sound a lot like what Google did last year with the Pixel Slate. Intel eighth-gen processor options include an M3, Core i5, and Core i7, with storage ranging from 64GB to 256GB and 8GB or 16GB of RAM. There’s a 4K display upgrade, too, which also costs extra.

The base specs of a Core M3 processor, 64GB of storage and 8GB of RAM sound OK, but there’s no microSD card slot, so storage space is fixed. I can live off 64GB on a Chromebook, but considering that these Chromebooks can access Android apps and the subscription Google Play Pass service, I’d prefer 128GB.

The Pixelbook Go will be sold alongside the older Pixelbook and last year’s Pixel Slate, which aren’t going anywhere, Google says. The Go is meant to be yet another option in Google’s device portfolio. The laptop is more affordable, starting at $650, but its price can rapidly ramp up based on configuration. The $649 model has an eighth-gen Intel Core M3 processor, 8GB of RAM and 64GB of nonexpandable storage. There’s a $1,399 model with 16GB of RAM, a 256GB SSD and a Core i7 processor. There’s also a 4K display option (the default display is 1,920×1,080 pixels).

There are already plenty of less expensive Chromebooks out there already, though, many of which cost less and offer more flexibility and tablet transformation tricks. When I asked Google why the Pixelbook Go isn’t cheaper, the Pixelbook team indicated that OEMs already do a fine job of filling that need. The Pixelbook Go is trying to be a great midrange laptop. At a $700-range price, it better be.