iPhone 11, 11 Pro, 11R and 11 Max: The specs, features and prices we expect from Apple in September
Advertisement 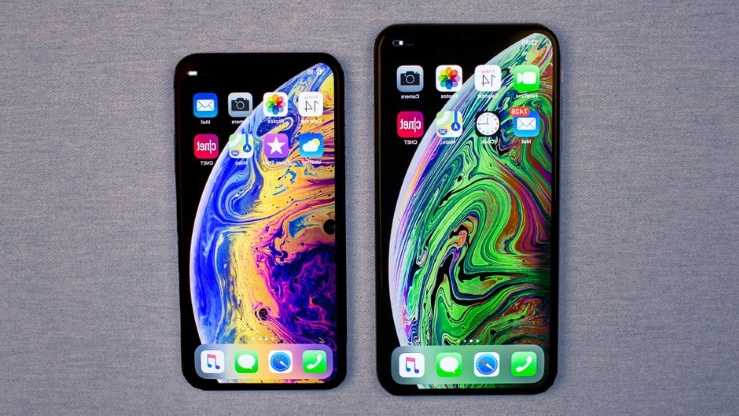 We expect Apple to unveil a brand-new iPhone in less than three weeks. And yet, oddly, many of the rumors — and nearly all of the most exciting rumors — about forthcoming Apple phones do not concern that particular model, expected to be called the iPhone 11. Rather, most of the really cool stuff is slated to debut on the following iPhone, which probably won’t be introduced until September 2020.

So, then, what exactly are we getting this year?

According to a series of reports published over the past few months — which range from authoritative sources like Bloomberg and Apple analyst Ming-Chi Kuo to Twitter leakers and rumormongers on the fringe — the iPhone 2019 will probably be a whole lot like the 2018 iPhone. Not exactly the same. But pretty similar.

Which means that Apple is going to try to get us excited about a lot of incremental upgrades: more advanced cameras, faster chips, the next version of the operating system (that’s iOS 13) and perhaps new colors (including dark green). And yet the flagship iPhone 11 is likely to cost just as much as the iPhone XS, with a starting price around $1,000. (Note that this is all conjecture; the company did not respond to our request for comment.)

Meanwhile, with Apple playing it safe this year, Samsung, Google and Huawei continue to deliver eye-catching phones stocked with innovative features — phones that are often considerably less expensive than the iPhone — blazing the trail for the next generation of mobile technology. Sure, some of those efforts have been more successful than others. But Apple executives were undoubtedly paying attention when Samsung unveiled the Galaxy Note 10 on Aug. 7. (Perhaps they were heartened by the media’s response, which mostly focused on the phone’s lack of a headphone jack — a shift Apple made years ago.)

Still, you can never count out Apple. Despite decreasing profits, the headwinds of a US-China trade war and executive attrition, the iPhone remains a premium product sold by a premium brand. The company may yet surprise us this fall with revolutionary features or distinctive aesthetics.

As we count down the weeks until the iPhone 11 debut, we’ll continue to collect the most credible and interesting rumors about the next models’ specs, features and prices right here. So, check back often.

Sticking with tradition, Apple intends to introduce three new iPhone models this fall, according to the Wall Street Journal. They are expected to include a “budget” successor to the iPhone XR, a midrange flagship like the iPhone XS and a supersize model in the vein of the iPhone XS Max.

Apple usually announces new phones in mid-September, and this year we expect the new phone to be introduced on Tuesday, Sept. 10. A new report from iHelpBR (via MacRumors) reveals that the most recent iOS 13 beta code includes a screenshot of the iPhone calendar showing that particular date, echoing a similar image found ahead of last year’s launch date.

In 2018, Apple unveiled three phones on Thursday, Sept. 13 and released the first two, the iPhone XS and XS Max, on Friday, Sept. 21, with the iPhone XR shipping more than a month later, on Oct. 26.

The consensus is that Apple will call its next flagship the iPhone 11, and that part feels like a no-brainer. But as to the names of the particular models — all bets are off. The company has traditionally reserved the “Pro” designation for its highest-end products: the MacBook Pro laptop, the iPad Pro tablet, the forthcoming $6,000 Mac Pro desktop and, perhaps starting in 2019, its most premium iPhone.

The anonymous Twitter account that correctly leaked the names of last year’s iPhone XS, XS Max and XR reports that the next top-of-the-line iPhone will be called the iPhone 11 Pro, according to MacRumors. But I’ve also seen name variants like the iPhone 11R and 11 Max, in passing. As CNET’s Jessica Dolcourt has pointed out, the company may have dug itself into a hole, as there’s no obvious coherent sequel to the iPhone XS, XS Max and XR.

The biggest change coming to this year’s iPhone will likely be the camera setup. Since last year, we’ve been hearing that Apple would give at least one of the 2019 models — and perhaps the one called the iPhone 11 Pro — three rear-facing lenses (source: Bloomberg). And, in addition to keeping Apple in the ongoing lens-and-megapixel arms race with Huawei, Samsung and Google, the new array will give the iPhone 11 a greater capacity for wide-angle shots.

Bloomberg’s reporting bolsters leaks from two Twitter users in the know. Back in January, OnLeaks and Ice Universe posted renders showing a purported prototype with three cameras in a triangular configuration, plus a flash, housed in a large, square module. And, at this point, we’ve seen enough renders to increase our confidence that this squarish, triple-camera array — similar to the configuration on Google’s forthcoming Pixel 4 — is the real deal.

Ming-Chi Kuo continues to toll the bell for 3D Touch, and the Wall Street Journal reported on the demise of Apple’s pressure-sensitive interface back in January. After visiting with Apple suppliers in Asia, Barclay analysts (as cited by MacRumors) appear confident that Apple will say goodbye to the feature with the 2019 iPhone lineup. But the touch-based interface isn’t going to disappear completely: Apple is said to have developed a new Taptic Engine, code-named leap haptics, that will continue the evolution of the company’s Haptic Touch technology piloted in last year’s iPhone XR.

Earlier this year, Apple officially killed its AirPower wireless charging mat, leaving us hanging with third-party solutions to power up our iPhones and AirPods. But the next-generation iPhone will support bilateral charging according to Apple analyst Ming-Chi Kuo (as reported by 9to5Mac). That means you’ll be able to use your iPhone’s battery to share some juice with other iPhones or the new AirPods with the wireless charging case.

If true, Apple will again be playing catchup to Samsung, whose Galaxy S10 phones, released back in March, can charge other devices including the company’s Galaxy Buds and Galaxy Watch Active via the wireless Qi standard. (The new Galaxy Note 10 also supports this feature, which Samsung calls Wireless PowerShare.)

Kuo and DigiTimes (via MacRumors) have also predicted that each of the 2019 iPhones will have larger batteries than their predecessors — estimates range from 2 to 20 percent larger, depending on the model — presumably leading to better battery life. And that’s saying something: On our video playback battery drain test, the iPhone XR lasted for more than 19 hours, and the iPhone XS Max held out for over 17 hours, 23 minutes. But the iPhone XS ran for only 13 hours, 30 minutes, leaving much room for improvement on the flagship models.

Rumor: Apple will offer another LCD iPhone in 2019

Among the three phones Apple released in 2018, only the iPhone XR has an LCD display. The two higher-end models, the iPhone XS and XS Max, both have the high-resolution OLED panels that produce more vivid colors and images. Based on what we know so far, Apple is likely to follow this formula again with the next batch of iPhones.

Like so many promising next-generation features, Apple is said to be waiting for 2020 to bring the more expensive OLED panels to its entire lineup, according to the Wall Street Journal. DigiTimes has reported that the three 2020 OLED phones will be about the same size as the current generation iPhones, with 5.4-, 6.1- and 6.7-inch models.

(Note that, apart from a few patent filings, we’ve heard zero credible rumors about plans for a foldable iPhone for 2019 or 2020.)

Rumor: The A13 processor will power the iPhone 11

The A12 Bionic chip that powers the 2018 iPhones is incredibly powerful. According to analyst Ben Thompson, the processor is “so far ahead of the industry that it will still be competitive with the best Android phones in two years, and massively more powerful than lower-end phones.”

Apple doesn’t appear to be resting on its laurels, however — at least in the processor department. A Bloomberg article from May reported that Apple was then on the cusp of mass producing the next-generation processors expected to power the next series of phones. This could be a variant of the A12X processor that’s currently used in the newest iPad Pros — or a new chip, ostensibly called the A13.

Apple’s most recent phones all use modems built by Intel, which had planned to have a 5G modem ready for commercial devices in the second half of 2019. But Intel ran into problems producing the 5G chip for the iPhone — problems so grave that it exited that business after Apple and Qualcomm reached a multiyear chip supply agreement in April. Since then, Apple has agreed to buy Intel’s smartphone modem business for $1 billion.

With that situation now tidied up, it seems as though Apple is back on track for 2020. Analyst Ming-Chi Kuo had previously predicted that two of the three 2020 iPhones would be 5G-ready but has since amended that to include all three phones.

Rumor: The iPhone stays expensive in 2019

The iPhone XS and XS Max start at $999 and $1,099 respectively. CNET’s analysis shows a pattern of hefty price increases in the premium smartphone market over the past two years, and we expect Apple, Samsung and others to continue pushing the boundaries of customer budgets for the foreseeable future.

That noted, there are some new factors at play this year, that could change things this year. The ongoing trade war between the US and China, and the recent implementation of additional tariffs, could drive prices higher. Apple analyst Ming-Chi Kuo says that Apple had planned for the tariffs, according to MacRumors, and will be able to defer any price increases due to them.

And then there’s the fact that iPhone sales are slowing, which could also move Apple to change things up. In fact, the company slashed prices on the iPhone and a number of other products in China earlier this year. The follows an earlier move in 2018, when Apple began offering hundreds of dollars in incentives to customers around the world who traded in an old iPhone when upgrading to an iPhone XS or iPhone XR.

Other assorted rumors about the 2019 iPhone

All of the rumors about the iPhone in 2020… and beyond

Here’s every iPhone ever made from 2007 to today