How to Choose a Smartwatch for You?

Biggest games of 2021: All the release dates you need to know 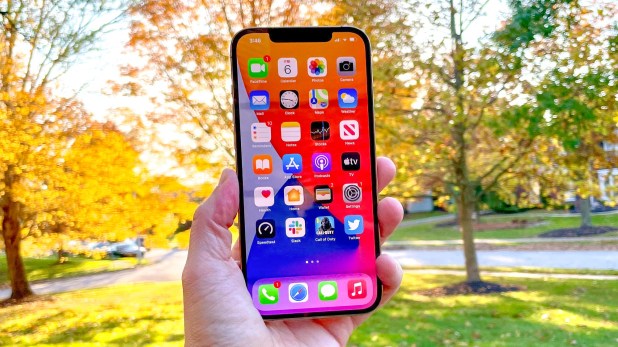 The iPhone 13 is expected to be unveiled during its typical September launch window in 2021, and there are plenty of reasons to be excited based on the early rumors and leaks. Yes, the iPhone 12 is the best phone you can buy right now, but once you hear about what’s coming you may very well decide to hold off.

For example, while the iPhone 12 has a fresh look with its trimmed borders and flat sides, the notch is still the same size. And Apple is tipped to finally embrace 120Hz displays for the new iPhone 13, catching up to the best Android phones. We may also see the return of a feature that will make unlocking your phone while wearing a mask much easier.

Of course, we have several months to go until the iPhone 13 is unveiled. But these are the seven biggest upgrades and changes we’ve heard about so far.

The iPhone notch has been an eye sore ever since the launch of the iPhone X, but the area that houses the TrueDepth camera and enables Face ID packs in a lot of tech. According to a leak by Ice Universe on Twitter, the iPhone 13 will continue the notch design, but it will be shorter.

RECOMMENDED VIDEOS FOR YOU…

A separate report by Digitimes suggests that Apple will be able to decrease the size of the notch by shrinking the size of the sensor that power Face ID. In addition, the so-called VSCEL chip in the front camera will get streamlined, which should reduce the volume. So while the notch won’t disappear from the iPhone 13, it should be less noticeable.

The iPhone 13 will be the first iPhone to feature displays with 120Hz refresh rates, which should make for smoother scrolling and better video playback and gameplay with supported content. This is according to both Apple analyst Jon Prosser and display analyst Ross Young.

Thanks to LTPO technology, the displays should be able to scale from 120Hz all the way down to 1Hz depending on the content on screen, which should help save battery life. However, according to The Elec, only two models are expected to get 120Hz LTPO displays, which likely means the iPhone 13 Pro and iPhone 13 Pro Max.

While it looks like a more powerful periscope zoom may not be coming until the iPhone 14 in 2022, a number of other iPhone 13 camera upgrades have leaked that look promising. For starters, the iPhone 13 will reportedly feature an improved ultra-wide lens with six elements and an f/1.8 aperture. That would be improvement over the f/2.4, 5-element lens in the iPhone 12, and the result should be better results in low light.

If you haven’t heard of Wi-Fi 6E, you will. This new standard is designed to deliver even faster wireless speeds. A Barclays analyst report says that the iPhone 13 lineup will support Wi-Fi 6E, which can connect over the 6GHz band. This should result in less interference with other devices in your home.

In addition to faster speeds, Wi-Fi 6E also enables lower latency, which should also lead to better performance. Plus, Wi-Fi 6E devices can use 160MHz for high-bandwidth activities like augmented reality. Broadcom, which is making mobile Wi-Fi 6E chips, has called the 6GHz band “the most disruptive boon for Wi-Fi users in the last 20 years.”

The return of Touch ID for iPhone 13

The iPhone 13 could be the first truly new iPhone design to support Touch ID in years. Analyst Mini-Chi Kuo claims that Apple is working on an iPhone with both Face ID and an under-display fingerprint scanner for launch in 2021. However, this feature may reserved for the iPhone 13 Pro and iPhone 13 Pro Max.

The analyst also says that Apple is developing an iPhone with Touch ID integrated into the power button for 2021. This would not be for a flagship device, so we’re not certain if this refers to the regular iPhone 13 or iPhone 13 mini or a new iPhone SE 3 or iPhone SE Plus.

The new iPad Air features a Touch ID sensor in its power button, and it worked well in our testing. Reviving Touch ID for the iPhone 13 makes a lot of sense as Face ID does not work well with masks, and we could still be required to wear them in public well into 2021.

If you saw our iPhone 12 battery test results, you know that Apple’s flagships didn’t fare that well. In fact, we saw a very large delta between 4G and 5G when surfing the web. The good news is that Apple’s own documentation has revealed that Apple should be upgrading from Qualcomm’s 7-nanometer X55 5G modem to its newer and more efficient 5-nanometer X60 modem.

The X60 can integrate directly into a phone’s chipset, which should help reduce the footprint while reducing battery drain. Plus, the X60 can combine mmWave and sub-6GHz networks simultaneously for even faster speeds.

LiDAR for all four iPhone 13 models

According to Digitimes, all four iPhone 13 models should be getting LiDAR (or time of flight) this time around. So the feature will no longer be reserved for the most premium iPhones. The report says that the new ToF sensors will enable “instant immersive AR experiences. We’ve seen some pretty cool iPhone AR apps thus far, but nothing that we’d dub a must-have.