YEAH, WE KNOW. The iPhone 8 is still months away but that hasn’t stopped speculation spilling details about Apple’s next smartphone.

The iPhone 8, tipped by some to arrive as the ‘iPhone Edition’ or ‘iPhone X’ will be Apple’s 10th-anniversary smartphone and looks set to be the first to debut wireless charging tech, a curved AMOLED display and an unusual vertical dual rear-facing camera. If rumours are to be believed, the so-called ‘Edition’ will launch alongside the less-impressive iPhone 7S and 7S Plus.

We’ve rounded up everything we know about the iPhone 8 so far and will update this article as soon as we hear more.

Release date
The iPhone 8 is likely to be announced in September 2017, marking 10 years since the firm launched its first smartphone.

However, one report claims that it might not be available to buy until the fourth quarter, noting that the iPhone 8 may be available in limited quantity only. A note by analyst Timothy Arcuri from Cowen and Company has added weight to this and claims that production could be delayed due to issues with its Touch ID sensor.

Another report suggests the iPhone 8 may not arrive until 2018. A research Deutsche Bank, picked up by Business Insider, claims the smartphone won’t make it onto shelves this year due to supply chain issues and “technical challenges”.

As if just to confuse matters more, Digitimes is reporting that mass production of the iPhone 8 is on schedule and that the smartphone will see a release in October.

Price
If it’s anything like Apple’s new MacBooks, next year’s iPhone will be more expensive than this year’s release, and some are claiming that the highest-spec model will be the first iPhone to cost more than $1,000.

Latest news
17/7/17: Forbes claims to have revealed the ‘final design’ of the iPhone 8, having received CAD files from case designer Nodus. The report claims that “fears Apple would fall back on a less ambitious Plan B are unfounded” and says that users can expect to find the long-rumoured bezel-less design, 5.8in display and vertically-aligned rear-facing camera. The images (above) also reveal that the iPhone 8’s power button will be twice as big as that found on the iPhone 7, fuelling speculation that Apple could copy Sony with Touch ID integrated into the switch.

14/7/17: Apple might equip the iPhone 8 with a 3D laser system to make for better augmented reality (AR) functionality. So says Fast Company, which reports that the rear-facing laser will enable better depth detection for augmented reality apps, and a more accurate type of autofocus for photography.

12/7/17: A report at Fast Company claims Apple is in a flurry of ‘panic’ as it works around the clock to fix software bugs plaguing the iPhone 8. According to the report, Apple is struggling with issues plaguing the phone’s wireless charging support and its 3D sensor, which previous rumours have claimed will replace Touch ID on the 10th anniversary iPhone. If these issues are not ironed out, the report notes, the iPhone 8 could face production and delivery delays.

10/7/17: According to John Gruber, the iPhone 8’s wireless charging accessory may not be readily available when the handset launches later this year. This suggests that wireless charging won’t be supported out of the box, and will instead require a separate, no doubt proprietary, accessory.

A separate rumour, courtesy of Benjamin Geskin, claims the iPhone 8 will have a ‘mirror-like’ finish (above) that will be available in four colours at launch.

5/7/17: Alleged retail packaging (below) for the iPhone 8 has surfaced online, courtesy of Weibo. It shows a dual-camera setup that’s mounted vertically instead of a horizontal configuration that you saw on the iPhone 7 Plus, but seems to suggest that Apple will stick to an aluminium design. This is unlikely given the huge number of rumours pointing to a redesigned glass chassis, so we’d advise taking this rumour with a hefty pinch of salt.

4/7/17: Bloomberg has added weight to an analyst’s predictions that the iPhone 8 could dump Touch ID and is reporting that Apple is testing an “improved security system” that will enable users to log in, authenticate payments and launch secure apps by scanning their face. This, the report claims, will be powered by a new 3D sensor that will allow it to scan a face and unlock the iPhone without “a few hundred milliseconds”, and looks set to replace the current Touch ID system.

3/7/17: It’s a big day for iPhone leaks, as KGI analyst Ming-Chi Kuo has claimed in his latest report, seen by 9to5Mac, that the 5.2in iPhone 8 might feature no Touch ID sensor. This seems odd to us, but Kuo claims that Apple likely faced ‘technical issues’ which prevented it from equipping the upcoming iPhone with a screen-embedded Touch ID sensor. Instead, the iPhone 8’s front-facing camera will enable face recognition, according to the report.

3/7/17: Another day, another leak, and this one appear to confirm the death of the home button. Benjamin Geskin has posted an image of a leaked screen bracket (below), straight out of production HQ at Foxconn, which allegedly shows off the front of the iPhone 8. If legit, there won’t be a home button on Apple’s 10th anniversary iPhone, hinting, once again, that it could feature a display-embedded Touch ID sensor. 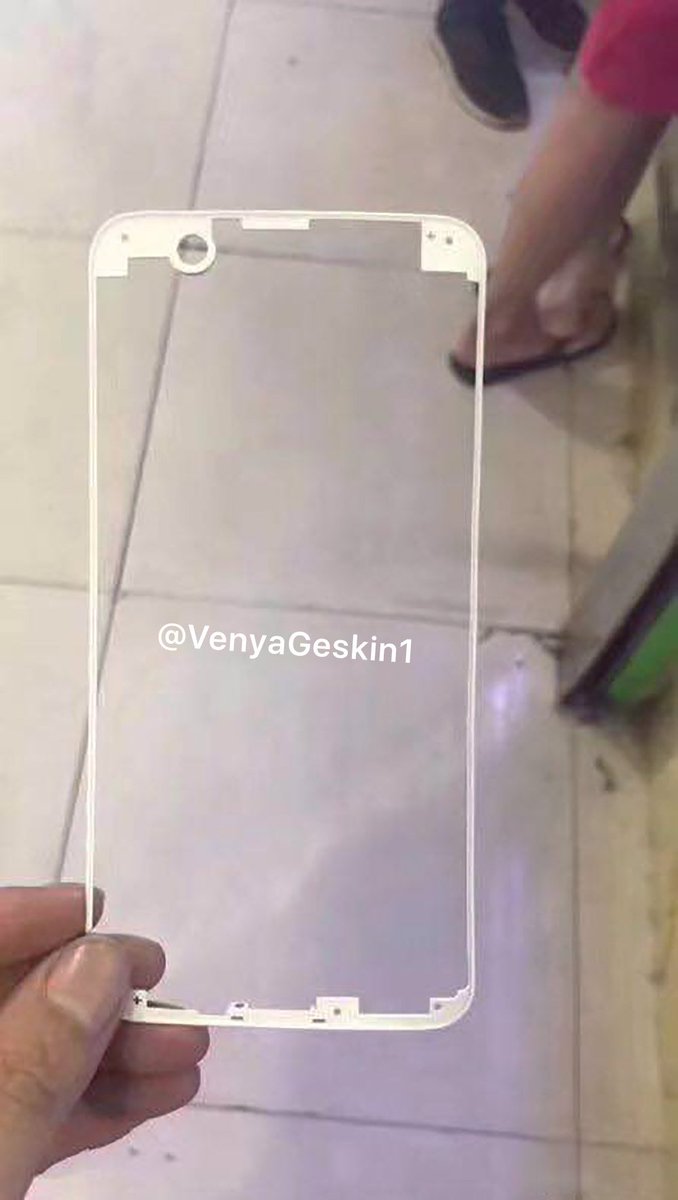 26/6/17: OnLeaks has posted an image (below) of what appears to be an iPhone 8 dummy unit, showing off – once again – the phone’s glossy design, edge-to-edge display and dual rear-facing cameras. With no Touch ID sensor on the back, the leak hints that the handset could pack an under-screen fingerprint sensor. 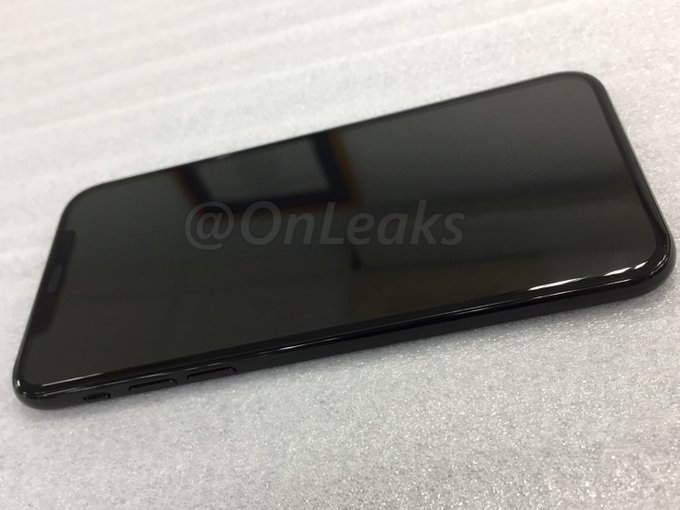 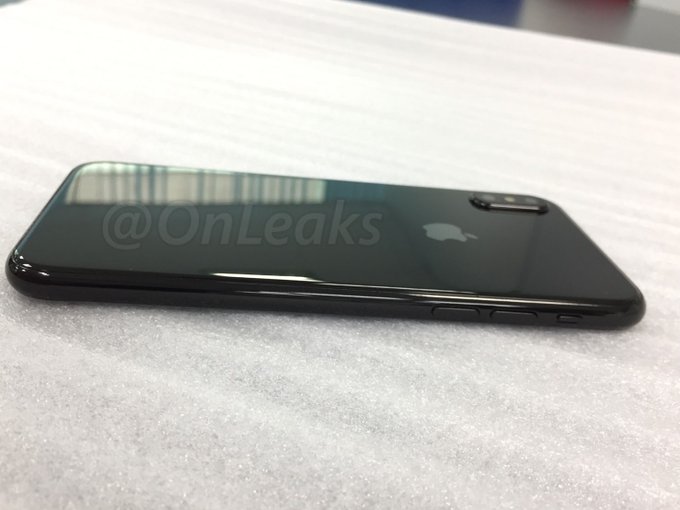 22/6/17: A research note obtained by Apple Insider claims that Apple is still “undecided” on the fingerprint technology for the iPhone 8. The note, from Cowen and Company’s Timothy Arcuri, said that the firm has three options: thinning the cover glass over a sensor area, creating a pinhole through the glass for an optical or ultrasonic sensor, or trying a “film” sensor integrated into the display, using either capacitive or infrared technology. Regardless of which method Apple chooses, Arcuri notes that there will probably be a “one to two month” delay on the iPhone 8.

19/6/17: UK retailer MobileFun has, for some reason, started selling accessories for the iPhone 8. The ‘Olixar iPhone 8 Full Cover Tempered Glass Screen Protector’ (below), priced at £24.99, appears to confirm that the iPhone 8 will feature a curved display, while the image (above) shows off the phone’s bezel-less display and lack of physical home button, hinting at an under-display sensor fingerprint sensor.

15/6/17: Robert Hwang, CEO of Wistron – one of the companies putting together the next iPhone – has ‘confirmed’ that the iPhone 8 will be the first to come with wireless charging.

“Assembly process for the previous generations of [iPhones] have not changed much though new features like waterproof and wireless charging now require some different testing, and waterproof function will alter the assembly process a bit,” Hwang said at a meeting reported on by the Nikkei Asian Review.

14/6/17: A research note seen by Barron’s BlueFin Research Partners claims that production of the iPhone 8, or ‘iPhone X’ is on schedule, with a limited launch planned for September. “Our ongoing reads reinforce our earlier view that Apple will offer only minimal units of the iPhone X at launch with improved availability in October,” it says, adding that 13 million handsets will be available in September.

13/6/17: The iPhone 8’s front and back panels have allegedly surfaced online (above) courtesy of a Reddit user citing ‘a friend in the industry’ who sourced them from China. If legit, expect the iPhone 8 to sport a near bezel-less front, and the back to be fully glass rather the usual aluminium build. The leak also shows off the so-called iPhone 7S and 7S Plus, which also sport an all-glass design and built-in wireless charging support.

12/6/17: Bloomberg reports that Apple’s upcoming iPhone 8 won’t offer gigabit LTE speeds. According to the report, Apple is looking to both Qualcomm and Intel to supply cellular modems for the next-gen iPhone, but Intel’s upcoming XMM 7480 will only support speeds of up to 450Mbps. Apple will, Bloomberg reports, hold back the capabilities of the Qualcomm-powered devices to match those of the Intel-powered devices.

7/6/17: iDropNews has got its mitts on the “most realistic” iPhone 8 render yet (below) which points to a full-screen design with a cutout at the top for the speaker and front-facing camera. The same report points to an under-screen fingerprint scanner, baked-in wireless charging support and front-facing “3D dual camera lens system” to add support for facial and iris recognition.

8/6/17: A report at ET News claims Apple has ordered 80 million flexible OLED displays from Samsung in preparation for the launch of the iPhone 8. The report claims that while the handset won’t offer a Galaxy S8-esque curved display, the screen will “cover the entire front body of the device”.

6/6/17: Apple announced iOS 11 (below) at WWDC on Monday, which gives us some clues about the upcoming iPhone 8. Apple’s new ARKit developer tool, for example, hints that augmented reality will be a big focus of the new iPhone, while replacing the JPEG file format with HEIF hints that the iPhone 8 will pack a more powerful camera than the iPhone 7. Siri will also be smarter on the iPhone 8, with iOS 11 bringing more contextual awareness, which means it’ll serve up content based on what you’re doing.

5/6/17: A so-called ‘Foxconn Insider’ has taken to Reddit to spill some details about Apple’s next iPhone, which they refer to as the ‘iPhone X’. The source claims the handset will be “like an iPhone 7 with glass and without the AuthenTec’s capacitive touch module”, noting that it will instead feature a built-in retina scanner. The source also points to feature 3GB RAM, wireless charging and – like the iPhone 7 before it – water resistant.

2/6/17: The iPhone 8 has been sized up against a slew of other smartphones, including the Galaxy S8 and Nexus 6P, courtesy of OnLeaks (below). The image shows that the iPhone 8 will be about the same size as the Huawei P10, and marginally smaller than Samsung’s latest flagship.

30/5/17: There has been a double whammy of iPhone 8 leaks over the bank holiday weekend. The first comes courtesy of SlashLeaks, which has its hands on an image of an iPhone 8 dummy in a protective case, showcasing the phone’s dual cameras and glossy design. The second, again, comes via Geskin, who has posted a CAD image on Twitter (below). He notes that the circle on the rear is the location of the Apple logo, not a rear-facing fingerprint scanner. 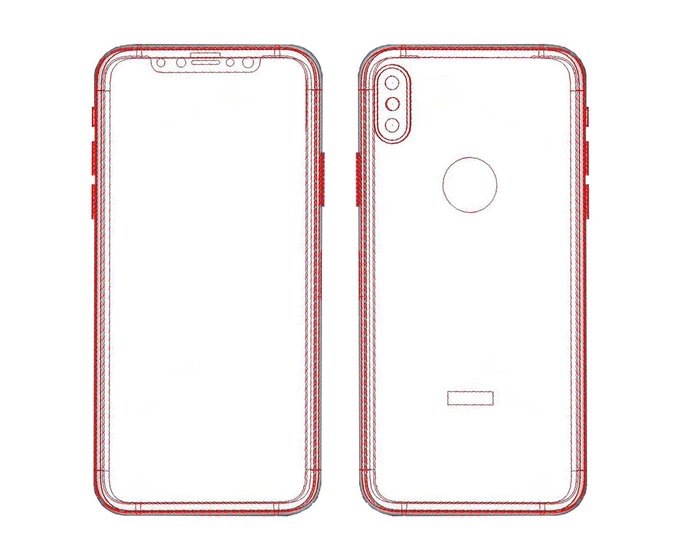 26/5/17: Geskin is back at it, and claims to have the scoop on when the iPhone 8 will launch and arrives on shelves (below). INQ ain’t convinced, though, as he’s claiming that Apple will launch the smartphone on a Sunday, whereas the firm typically opts for a mid-week unveiling.

There’s a new Honda Accord. Does anyone care?