Is it me or have smartphones become interesting again?
Advertisement 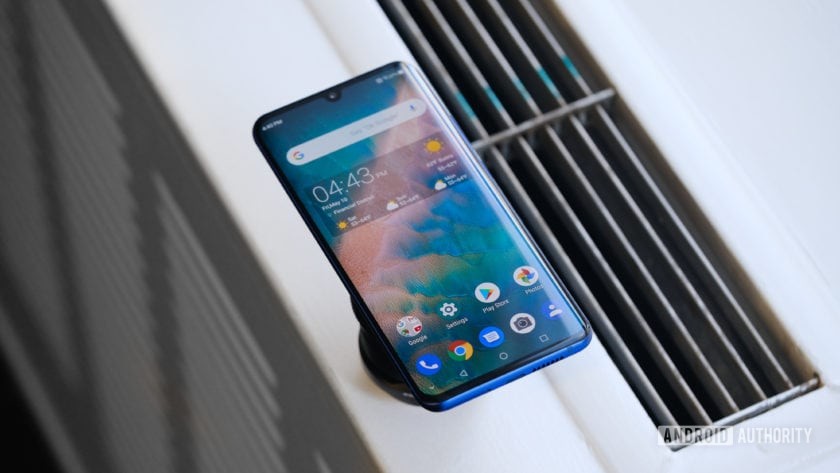 The feeling had been hanging around for some time: anything from “a couple of years” to “since the Nexus 5,” depending on who you asked. Whatever the timescales, many Android fans had noticed smartphones seemed to have lost their spark.

As I was looking over the recent Android smartphone releases last week, something occurred to me. Seems to me, we’re coming out the other side of this drought.

Since the dawn of the camera phone, the best cameras have been held hostage by high price tags. As of 2019, the camera quality of even $300-$400 phones can compete with ones three times the price, and it’s exciting for all concerned.

Look no further than the Google Pixel 3a. This phone costs $399, but it features essentially the same main camera as the Pixel 3, Google’s current $799 flagship.

Not only is the hardware the same, major software features like Top Shot, Photobooth Mode, and the ever-popular Night Sight are also included.

The thing is, general users aren’t bothered about how fast a phone can open ten apps. They don’t care about the latest chipsets, or in-display fingerprint scanners, or bezel-less screens, or other premium characteristics. However, if they wanted a top-of-the-range camera experience, they previously had to pay for all of those other bells and whistles anyway.EDITOR’S PICK

With the Google Pixel 3a and 3a XL, this isn’t the case. These are no-frills, hassle-free phones that take incredible snaps — and probably the best example of this kind of device I’ve ever seen. Better still, they even come with a 3.5mm headphone jack, and are set for fast updates. What a package!

These are no-frills, hassle-free phones that also take incredible snaps — and probably the best example of this kind of device I’ve ever seen.

The Pixel 3a isn’t just a 2019 midrange one-off, either. Samsung rolled out a much-needed revamp of its mid-tier this year. Galaxy A phones always sold well, but largely off the back of the Samsung name, rather than their inherent quality — Android reviews readers have known for years there are better options.

However, the most recently Galaxy A phones have been some high-quality hardware. Just look at how cool the Galaxy A70 below is. It looks like a flagship in its own right.

The Samsung Galaxy A70 has an awesome design.

Heck, look at how cool the Galaxy A80 is:

Galaxy A phones don’t just have the premium look though, a few of them arrived with features even Samsung’s flagships didn’t yet have. The Galaxy A80 above had Samsung’s first sliding, flipping camera, and the Samsung Galaxy A9 2018 was the first quad-camera smartphone, well, ever.

Critically, these are not flagship phones with all the good bits stripped out to make them cheaper. Picking up a midrange phone doesn’t just have to be about saving money anymore, it can be about getting the features you want. The standard Google Pixel 3 and Pixel 3XL don’t have a headphone port, for example — an essential feature for some people they could get on the similar, less expensive Pixel 3a. The premium Galaxy S10 Plus is capped at three, static, rear cameras, unlike the Galaxy A80.

This trend of remarkable midrangers isn’t set to stop anytime soon. In the coming weeks w’ll have the Snapdragon 855-toting Redmi K20 Pro, a new line (the K series) from a fairly new sub-brand (Redmi) that looks set to challenge even the best of the flagship competition.

What a time to be an Android fan. There have always been low-cost smartphone options that offer high-end features, but I don’t think they’ve ever been as impressive as they are right now.

Another sign of Android’s recent revitalization arrives via some of the less popular OEMs.

When a person thinks of phone brands, ZTE is unlikely to top their list. Yet the flagship it released last month, the Axon 10 Pro, is a standout phone.

Smartphones have always had their low-cost options that offer high-end features, but I don’t think they’ve ever been as impressive as they are right now.

Then there’s the Asus Zenfone 6. It’s powerful, it has an awesome, cassette player-esque flip-up camera, and a bunch of premium specs. “If you want 90 percent of a flagship for 50 percent of the price, this is the phone to beat,” we said in our review. The Zenfone 6 also doesn’t look like any other smartphone, but in a purposeful way, rather than just for the sake of standing out.

The Realme X is probably the best Realme phone yet — it looks glorious and is going on sale in China for the equivalent of around $220 (we should have our full review of that ready in the next week or so).

Then you have a brand like OnePlus. It’s still not quite household name in the West, and far from the top of the Android platform in terms of sales, but nonetheless delivers absolute standout phones like the OnePlus 7 Pro, which just about hit all the lofty expectations of its enthusiast audience.

These kinds of diverse flagships are contributing to an overall sense that Android is becoming lively again. In 2019, perhaps it wouldn’t have mattered if Samsung’s latest Galaxy S10 had been a letdown, or the Xiaomi Mi 9 was ridiculously underwhelming, because there are quality smartphones to be found everywhere.

Bad phones are back

One of the biggest giveaways the smartphone landscape is once again heating up, counter-intuitive as it may sound, is the return of bad phones.

For a while, the Android was a bit grey landscape: flagships were good and the mid-tier phones were good and all the budget phones, again, were pretty good, and they all did much the same thing. It’s only now that a few stinkers have cropped up we can appreciate how great the phones of the recent past have been.

It’s only now that a few stinkers have cropped up we can appreciate how great the phones of the recent past have been.

The Nokia 9 PureView arrived earlier this year with a unique look and five rear cameras. I believe it was a worthwhile pursuit for HMD, but as we noted in our review, the company’s best efforts fell “frustratingly short.” In the end, its unique penta-camera was its worst feature.

We’ve also seen the “extremely average” Alcatel 3, a phone you’d probably struggle to remember if you didn’t work for an Android phone reviews site (and even then). It was shiny. It was affordable. It was also a slow, plastic, Micro-USB-toting mess running Android Oreo in the Android Pie era.

LG delivered an inconsistent camera and a useless palm reader on the boring LG G8 ThinQ — its current flagship — and let’s not forget the Red Hydrogen One, which was seriously overpriced at $1,295.

The Red Hydrogen One

Remember, this is good! There has been a shift away from handsets you’d struggle to tell apart to distinct new smartphone flavors. We’ve seen recent phones with pop-up selfie cameras, flip cameras, sliding phones, notches that look like shark fins, and the promise of folding phones (troubled as their introduction may have been). The variety of phone designs on this short list alone is something to shout about.

There has been a shift in recent months, away from handsets you’d struggle to tell apart to distinct new smartphone flavors.

Most of the great phones on this list released in 2019. There has been a noticeable increase in originality and flair in just a few months, and that’s without even looking at the biggest and best of Android, like the Galaxy S10 or the Huawei P30 Pro. Those are arguably the best smartphones the world has ever seen, and as far as I’m concerned, they’re minor talking points.

2019 has been kind to Android phones, and the good news is we’re only halfway through. There are big things still set for the remaining quarters (Pixel 4 or Galaxy Note 10, anyone?), and I’d suggest, if the latter half is as good as the first, 2019 will be the best year Android fans have ever had.