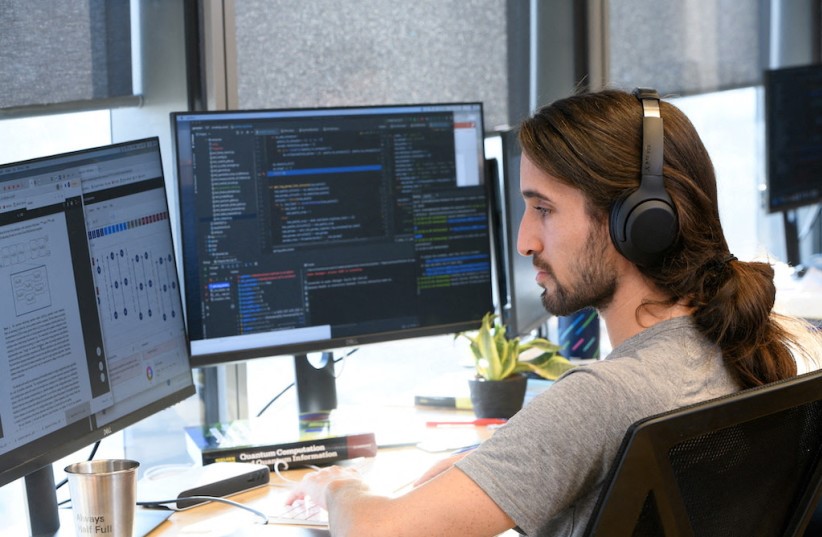 A statement from the company predicted that quantum computing will reach commercial maturity within only two years, even if some national security applications may take several years longer.

Eventually, it is anticipated that quantum computing will revolutionize military, economic and technological affairs and the basis for encryption of the entire Internet.

This has led the ministry, and more Israeli firms with former defense backgrounds like Classiq, to dive into the field to secure Israel’s place in one of this century’s premier tech-arms races.

In a visit to the company’s expanding offices in Tel Aviv, Classiq’s 30 employees, including a world-class development team in quantum computing, can be observed working with the high intensity of the fastest expanding start-ups.

The team comprises researchers holding advanced degrees from among the best universities in Israel and throughout the world, with nine alumni of the prestigious IDF Talpiot program and experienced senior software engineers.

Classiq plans to use the new funds to quadruple the size of the company – by opening new offices around the globe, hiring an additional 90 employees during the coming year and continuing to develop and file revolutionary quantum algorithm design patents.

The number of large organizations developing quantum software grew from 1% in 2018 to 30% in 2021 and is expected to continue to spike.

Classiq developed a “technological solution that facilitates a simpler way to develop quantum computer software, and allows people who are not necessarily quantum specialists to program this type of software.”

The firm collaborates with technological giants such as Amazon, Microsoft, IBM, and Nvidia that are working to construct quantum computers.

The new funding round took place under the leadership of Phoenix, the venture capital arm of HPE, the investment arm of the Sumitomo Corporation (IN Venture), Spike Ventures, a Stanford University alumni investment fund and Samsung Next.

The current round also included personal investments from Lip-Bu Tan, current president and former CEO of Cadence, and Harvey Jones, CEO of Synopsys, and a board member at Nvidia.