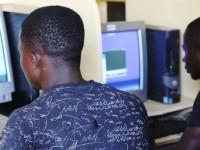 VENTURES AFRICA – Cafe Mobile, Ivory Coast’s locally-owned mobile phone operator, will have its licence which was awarded in 2012, terminated because of sub-standard service, it emerged late on Thursday.

In addition, plans are afoot to also shrink the number of mobile operators in Ivory Coast, according to Diemeleou Bile, the head of Ivory Coast’s body that regulates telecoms.

Bile said the state of Ivory Coast was worried sick by the level of “poor quality” of services in the telecoms sector.

It has penalised some mobile operators in the country a total of $8 million after it conducted audits last year and this year.

“There are seven licences. We aim to cut the number of mobile operators and keep only those who are performing very well,” Bile told Reuters, adding a number of licences would be renewed next year.

Bile said Cafe Mobile’s network had been dislocated and about 200,000 subscribers have been informed.

“Their case has been referred to the regulatory council for their licence to be rescinded,” Reuters quoted Bile as having said.

Ivory Coast is the biggest economy in the French-speaking West Africa with about 21 million mobile phone subscribers. It has a projected population of about 24 million.

HOW TO BE THE MOST PRODUCTIVE PERSON IN YOUR OFFICE — AND STILL GET HOME BY 5:30 PM