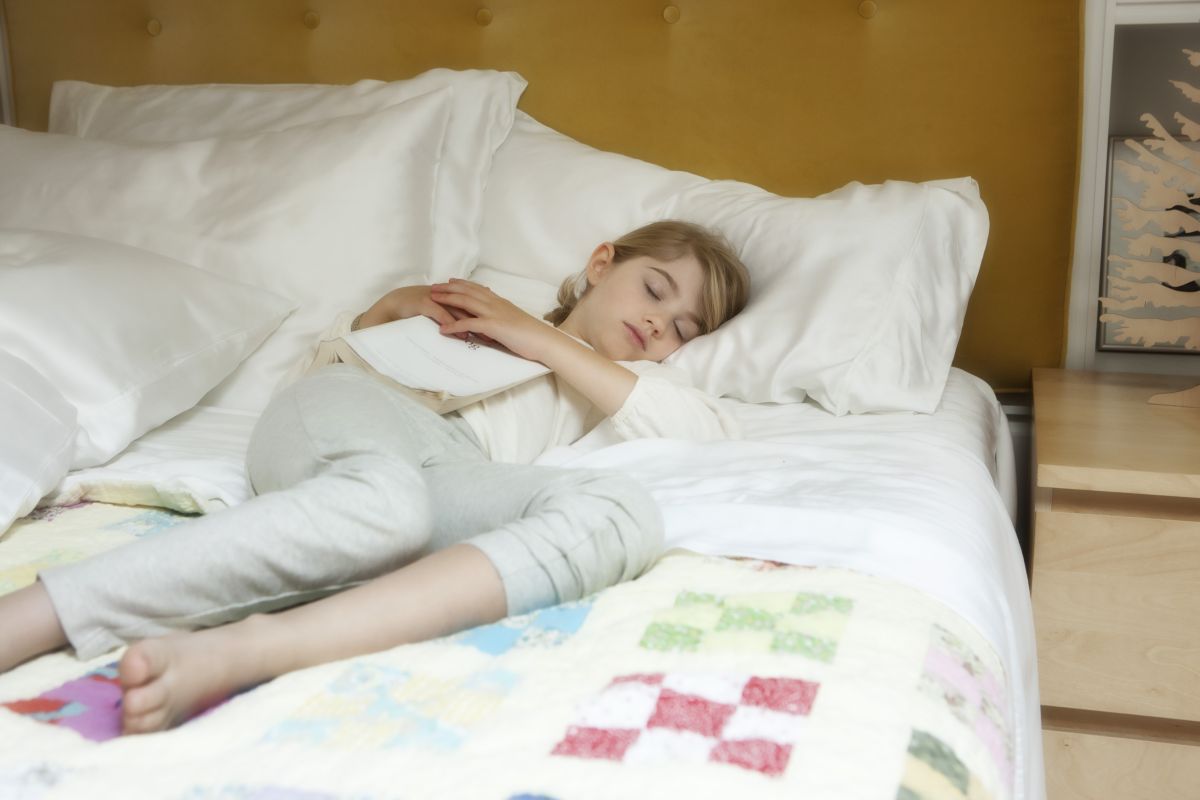 Sorry, parents, but you might need to start enforcing bedtime. Or letting your kids sleep in.

While no one likes a bedtime battle, a new study shows that a good night’s sleep can translate to improved academic performance. Researchers at McGill University and the Douglas Mental Health University Institute in Montreal found that children who had a better quality sleep performed better in math and languages.

Specifically researchers found a link between academic performance and something called sleep efficiency, which is more or less how well you sleep at night. “Sleep efficiency is the proportion of the amount of time you slept to the amount of time you were in bed,” says clinical psychologist Reut Gruber, lead author of the study. “Simply put, you go to bed, you lie down and spend time in bed, but if you’re not able to sleep through the time in bed, that’s not efficient sleep.”

“Short or poor sleep is a significant risk factor for poor academic performance that is frequently ignored,” says Gruber, and while there are other studies out there that linked sleep and academic performance, she wanted to take a slightly different tack. “I wanted to look at specific subject areas, not to lump them together, knowing that different skills are needed for different subjects.”

When it comes to math and language skills specifically, Gruber says, it’s a question of brain anatomy. “For math and languages, we need to use the skills that are called ‘executive functions’—things like working memory, planning, not being distracted. The hardware that supports those skills is in the pre-frontal cortex of the brain, which is very sensitive to the effects of poor sleep or insufficient sleep.”

So Gruber’s team looked 75 healthy children between the ages of 7 and 11. The children were each given a wristwatch-like device called an “actigraph” that is used to evaluate sleep by monitoring their night time activity, averaged the data over five nights and correlated the data with the kids’ report-card grades.

They then controlled for variables already known to be associated with academic performance—socio-economic status of the parents and the age of the child and used the sleep variables to predict the report cards grades. “Math, English, French, each one separately,” said Gruber. “Then we looked at how much variability in the specific grade or subject was explained by the sleep variables after controlling for the other what we call ‘confounders.’”

What they found was a “significant” performance variable in math and languages that was related to a good night’s sleep. Especially math. “We found that 14% of the variability we found in math …was explained by sleep deficiency,” said Gruber. “It was 7% and 8% for English and French.”

While parents are on the hook for enforcing bedtime, Gruber thinks pediatricians should ask about the quality and quantity of sleep during routine checkups. “I think many kids might have some sleep issues that nobody is aware of,” she says. “Regular screening for possible sleep issues is particularly important for students who exhibit difficulties in math, languages or reading.”

The National Sleep Foundation recommends that children ages five to 12 get 10-11 hours of sleep a night. (Teenagers need about 9 hours, but studies suggest only 15% of them get it.) If your child currently clocks in less than that, it might be time for a bed time reevaluation. In previous studies, Gruber and her team looked at sleep extension—adding hours to sleep time—and while they didn’t look at math, they did study behavior and attention and saw an improvement in both areas.

How The Internet of Things Will Shake Up Retail In 2015

5 GLOBAL RISKS YOU SHOULD CARE ABOUT RIGHT NOW