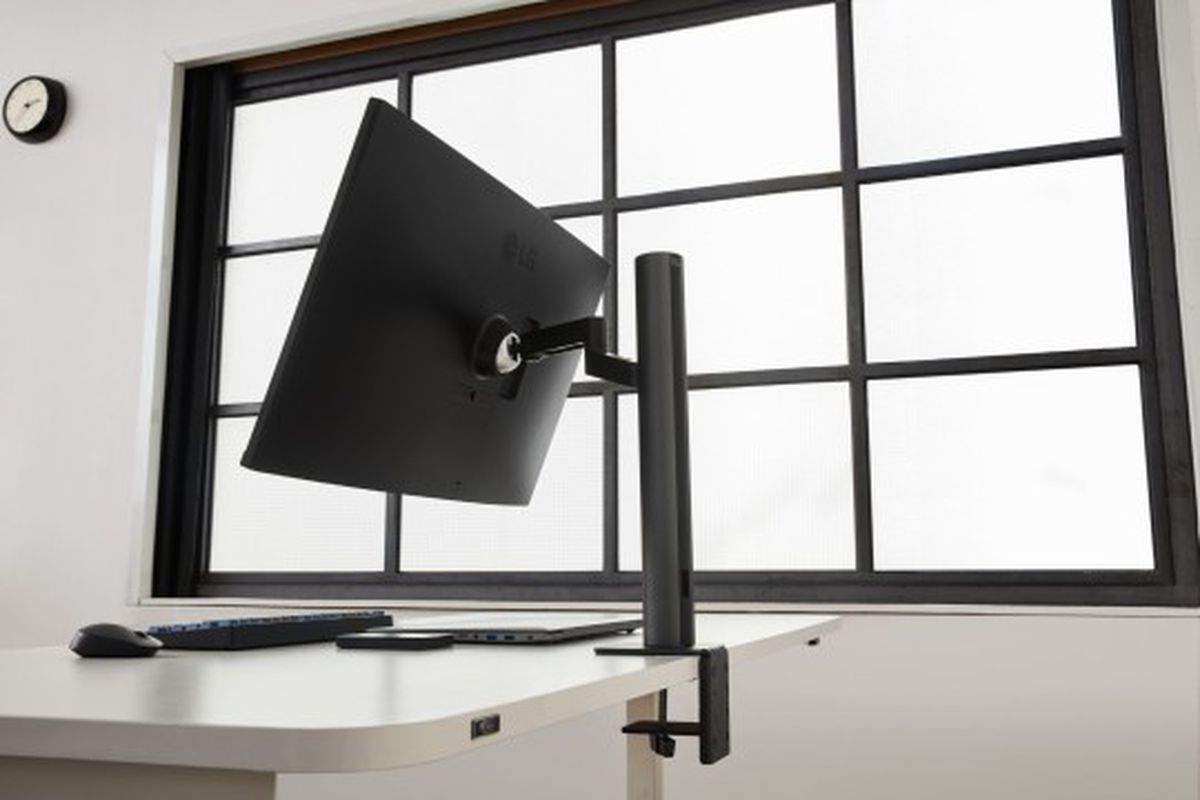 LG’s UltraFine monitor range is best known for its 5K and 4K displays that pair great macOS integration and image quality with boring industrial design. The latest entry in the series still has a stodgy black chassis, but I wouldn’t call it boring. LG’s UltraFine Ergo uses a clamp to affix itself to the back of your desk, giving you a hinge with a ton of flexibility over how to position the panel. You can even bend it backwards to face the opposite direction.

Specs-wise, this is a 32-inch 4K display with a 60Hz refresh rate, FreeSync support, 350 nits of brightness, and 95-percent P3 gamut coverage. The pixel density is much lower than the smaller UltraFine 4K displays, although at this size you should at least be able to run it at native 4K resolution without having to resort to scaling. It has a USB-C port to power the laptop that’s feeding it the display signal, but unlike the other UltraFine displays it also has HDMI and DisplayPort outputs.

The UltraFine Ergo feels like less of a Mac-focused product than its Apple-endorsed predecessors. There’s no Thunderbolt 3, for example, so its USB-C port won’t charge a MacBook Pro running at full tilt. It’s unclear whether it has external physical controls to adjust settings like brightness, which was the biggest barrier to using UltraFine displays with Windows previously, but LG is depicting the monitor with Windows devices in its press materials. LG did also release a more conventional 32-inch UltraFine 4K monitor last year.

The UltraFine Ergo is part of LG’s lineup for next month’s CES show, which also includes three new gaming models and an ultra-high-end ultrawide. The 38-inch 3840 x 1600 38WN05C has Thunderbolt 3 support, a 144Hz refresh rate, a 1ms Nano IPS curved display, VESA DisplayHDR 600, and G-Sync compatibility, which makes it sound like an impressive all-rounder — albeit a probably very expensive one.

On that note, though, we’ll have to wait for CES to find about more about when these monitors will be released and how much they’ll set you back.