LIFE IN THE CLOUD SERIES Tech Companies and their Struggles with "The Cloud": IT Giants Face the Cloud Era With Their Glory Days Behind Them
Advertisement 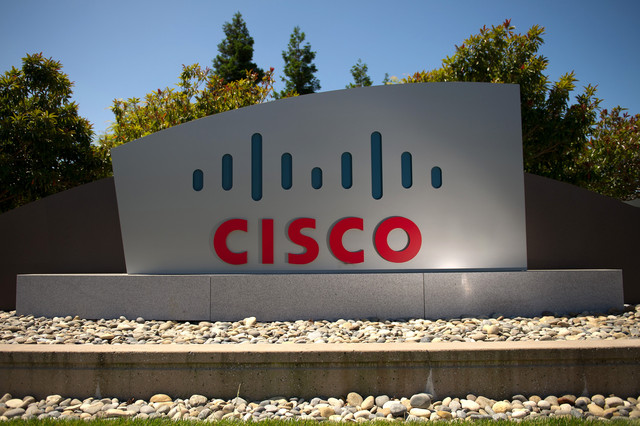 John Chambers has long been considered the IT industry’s top salesman. The chief executive officer of Cisco Systems was early in pitching customers on the benefits of the Internet and briefly turned his business into the world’s most valuable company during the first dot-com boom. On May 4, when he announced plans to step down as CEO, Chambers was still selling his grand vision—predicting that a wave of Internet-connected kitchen appliances will unleash an even bigger boom for networking technology like Cisco’s. “We have a chance to do it all over again, except at a much larger scale,” he said during a press conference announcing his successor.

For IT companies, however, grand visions have lost much of their power since 1995, when Chambers, who remains chairman, became CEO. Hardware is becoming ever cheaper, and the growth of cloud-services providers such as Amazon.com has given companies of all sizes an alternative to buying expensive data center equipment from the likes of Cisco, Hewlett-Packard, IBM, Microsoft, and Oracle. The five companies declined to comment.

Beginning in the 1990s, each of the IT giants tried to build a portfolio of hardware and software that could make them the only IT company you’d ever need. As the Chambers era draws to a close, each is struggling to sell to customers more interested in software and cheap components than soaring rhetoric and broad product lines. “The impact of John’s evangelizing in the early years was amazing,” says Pierre Ferragu, a Sanford C. Bernstein analyst. But for the last few years, it’s been “close to zero.”

Chuck Robbins, Cisco’s new CEO, is also a career salesman, but his management style seems focused on efficiency. At the May 4 press conference, his boldest statement was a vow to raise Cisco’s “organizational rigor.” That’s code for cost-cutting, “and it’s exactly what the company needs,” Ferragu says.

For the first 15 years of Chambers’s tenure, Cisco and the other IT leaders aggressively fought one another for wider reach. While Cisco and Oracle began selling servers, HP and Dell expanded into networking equipment and corporate software. Now the companies seem more focused on protecting what they have. Instead of selling software outright, Oracle and Microsoft are shifting to a cloud subscription model. IBM has sold off the divisions that made servers and chips. HP is preparing to split its corporate IT business from PC and printer manufacturing. Dell has gone private to retool its operations, although spokesman David Frink says it plans to become “probably the only comprehensive IT company.”

The rise of cloud computing has made it far cheaper for companies to outsource some or all of their IT to data centers of mind-boggling scale at Amazon and Google. “There used to be thousands of CIOs all assembling their own Frankenstein data centers, but that world’s gone,” says Scott McNealy, co-founder of Sun Microsystems, which was acquired by Oracle in 2009. Amazon and Google each use millions of servers and a vast array of networking equipment to handle customer data, but they design and make much of it themselves.

Increasingly, smaller companies that want their own data centers will also be able to order gear more customized for their needs than that of the Cisco generation. Dozens of IT companies now build chips, motherboards, and servers from designs published by the Facebook-led Open Compute Project, a four-year-old effort to lower data center costs. This year, 70 percent of Goldman Sachs’s servers will be built by no-name manufacturers using those designs, and Bank of America says it aims to run 80 percent of its traffic through open-source hardware by 2018. Open Compute Project head Frank Frankovsky, a former Facebook executive, says its most active project focuses on making cheaper networking gear.

This new openness reduces the influence and profitability of the massive sales teams assembled by the big IT companies. The 174 companies that Chambers bought during his tenure fed Cisco’s 19,000 sales reps a steady stream of new products, from data center servers and security software to corporate Wi-Fi systems and business phones. Customers were likelier to keep taking the upsell than risk outages or the hassle of replacing a network. In a pinch, the Cisco rep could offer discounts or freebies—say, a new videoconferencing system for the CEO—to keep a rival with a superior product from getting the business.

Today, however, shifting your company’s payroll system to Amazon’s cloud means you don’t need to buy any extra equipment. With software, customers who used to be willing to make time to sit down for a carefully tailored sales pitch can often download trial versions themselves. Even if a sales rep lands a meeting, most customers have already compared products and decided which ones to use, says Lew Cirne, CEO of cloud software company New Relic.

“It’s great for companies to dream big, but the nature of the dream is changing,” Cirne says of the IT business. Given that customers can switch cloud providers with a few clicks, he says, the only reliable way to compete is to have the best product. “It’s very different from the Larry Ellison ‘I must crush everyone because I succeed by the death of my rival,’ ” says Cirne.

The IT giants that seem to be dealing best with these trends are those that aren’t fighting them. Since becoming Microsoft’s CEO last year, Satya Nadella has untethered its Office software from Windows, creating versions for iOS and Android. Dell is working with nimbler makers of networking software rather than pushing its own technologies.

Under Chambers, Cisco has made some tweaks to its old formula, too. It’s selling more cloud services and beginning to position its software separately from its hardware. In December the company unveiled software that analyzes network traffic patterns to predict, for example, which ballpark concession stands will soon need a resupply of hot dogs.

Still, Cisco has struggled in the past five years to expand beyond Internet plumbing. Chambers has sold or shut down divisions that made home routers, video cameras, and an iPad-like tablet. Alex Henderson, an analyst for investment adviser Needham, says the company should ease up on acquisitions and temper its enthusiasm for advertising Internet-automated cars and coffee machines. “I think it’s a waste of money,” he says.

LIFE IN THE CLOUD SERIES Tech Companies and their Struggles with “The Cloud”: Has Oracle Corporation (ORCL) Missed The Race To Gain Share Of The Mobile Cloud Market?

LIFE IN THE CLOUD SERIES Tech Companies and their Struggles with “The Cloud” : SAP is still struggling to adapt to life in the Cloud