LIFE IN THE CLOUD SERIES Tech Companies and their Struggles with "The Cloud" : Should Oracle to Divest Parts of Its Hardware Business?
Advertisement 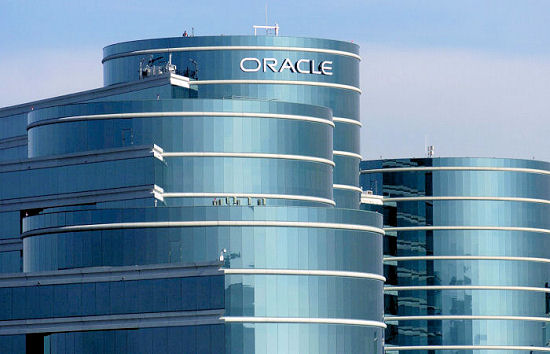 Global software giant Oracle Corp. has been struggling to revive its flailing hardware business in recent years. Its revenues from sales of hardware products achieved sales of $2.8 billion in fiscal 2015 (ended May 31st), generating an increase of 2% in constant currency (and a decrease of 3%, as reported). In contrast, the engineered systems product line has achieved notable growth over the last two years; while sales of servers, storage and networking hardware have stagnated. This raises the question, should Oracle just retain the engineered systems product line and divest the remaining hardware business?

In this report, we explore if the sale or split of the servers, storage and networking hardware business could give Oracle’s hardware business the kick it desperately needs. We will also delve into why the engineered systems product line should be retained by Oracle.

We have a price estimate of $42 for Oracle Corp., which is nearly the same as its current market price.

Oracle’s hardware business consists of engineered systems, standalone servers, and storage and networking hardware. The company entered the servers, storage and networking hardware business as an ancillary result of its acquisition of Sun Microsystems in 2010. Oracle’s bet on x86 servers against Unix-based servers failed to pay off, and the business has been in a slump ever since. Oracle’s revenues from the hardware sales stood at $4 billion in calendar 2011. It has since fallen to $3 billion in 2014, accompanied by a marginal loss in market share.
It should be noted that the contraction in revenues was exceptionally high in calendar 2012 and 2013. In contrast, revenues from hardware sales remained nearly stable in 2014, despite the continued decline of revenues from storage and networking hardware. Oracle was able to stabilize its hardware revenues in 2014 primarily due to the rising prominence of the company’s engineered systems product line.

The decline in Oracle’s revenues from its legacy hardware products is not entirely the company’s fault, given the sluggish markets for these products. In fact, Unix-based midrange class computing, once dominated by Sun, IBM and HP, has sharply contracted, with the ascent of x86-based servers running Linux. And all three vendors have been severely affected. The server market is expected to grow at a CAGR of less than 1% through 2021, and the networking hardware market at a little over 4%. The external storage hardware market is expected to contract sharply as corporations shift their storage requirements to the cloud.

LIFE IN THE CLOUD SERIES Tech Companies and their Struggles with “The Cloud” : SAP is still struggling to adapt to life in the Cloud

LIFE IN THE CLOUD SERIES Tech Companies and their Struggles with “The Cloud” : Oracle Corporation Struggles To Cope With 21st Century Developments