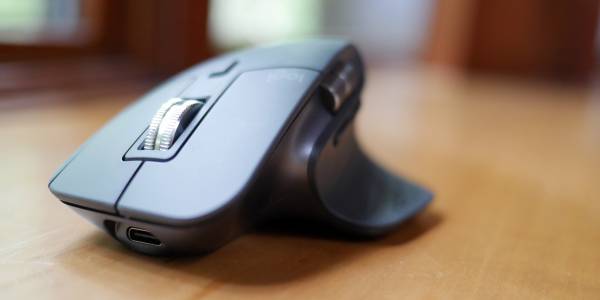 Logitech’s MX Master mice have long been some of the best money could buy. And now it’s back with the third-generation, the MX Master 3, that once again raises the bar with an even more refined version of its hardware that makes the already great scroll wheel even better and finally switches to USB-C for charging.

The ratcheting scroll wheel on the MX Master mice is getting a major overhaul with the MX Master 3 with a new, electromagnetic system that replaces the mechanical scrolling wheel. There are still two modes: a step-by-step ratcheting scroll that offers more resistance, and a faster “silent” mode that lets the wheel freely spin. Logitech calls the new mechanism a “Magspeed” scroll wheel, and it is absolutely incredible to use in practice: the ratcheting mode is a smoother and quieter scroll than the previous MX Master 2S model, and the free-spinning setting feels like it scrolls practically forever. The wheel is also machined entirely of stainless steel now, which is even nicer to the touch than the rubber coating on the old model.

Logitech has also tweaked the design of the thumb buttons and second scroll wheel — the wheel is now also machined steel and much wider, and the back/forward buttons have been moved from behind the wheel to below it where they’re far easier to press. The company has at long last finally switched over from Micro USB to USB-C for charging, which fixes one of last major flaws of the previous generation.

Other things remain unchanged from the MX Master 2S — the MX Master 3 still has a 4,000 DPI sensor, offers Bluetooth or Logitech’s Unifying USB receiver to connect to a device, quick switching between up to three computers, support for Logitech’s Flow technology, and an estimated 70 day battery life.

Logitech is also taking the time to announce a new keyboard to go with the MX Master 3, the MX Keys, which is essentially the company’s Craft keyboard minus the unique dial interface and at a considerably cheaper price.

The MX Keys also supports USB-C or Logitech’s Unifying receiver for connectivity, and supports Windows, Mac, iOS, and Android devices. The company says it should last up to 10 days with the keyboard backlight turned on (the backlight features a proximity sensor to only light up when you’re actually typing), or up to five months with it off. And if the battery gets too low while the backlight is on, it’ll automatically switch to disable it, getting you an extra two weeks of battery to find some time to charge it.

The MX Master 3 and the MX Keys will each cost $99.99 when they ship later this month.