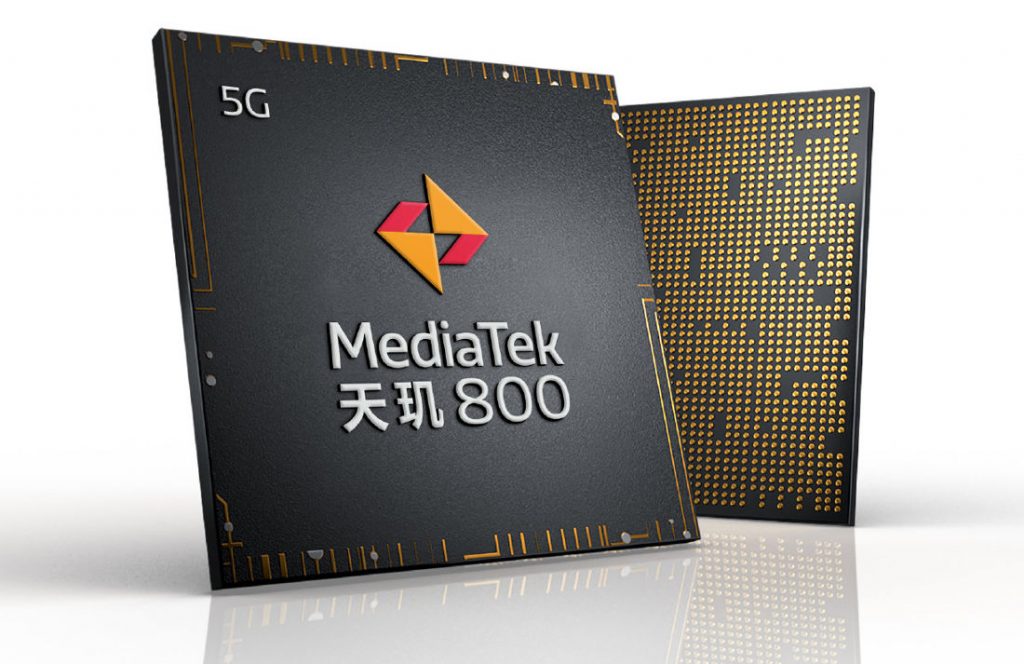 MediaTek recently announced its high-end Dimensity 1000 5G chipset for the premium smartphones and now the company has unveiled its new chipset in the same series for the mid-range devices — MediaTek Dimensity 800.

This new 5G-enabled chipset from the company will take on the likes of Qualcomm Snapdragon 765 platform and is expected to make its way to the smartphones in the second quarter of next year.

While the company has revealed this new chipset, the company is yet to reveal any of the tech specs of the Dimensity 800 SoC, including the die size, the CPU/ GPU core architectures, clock speeds and the 5G modem.

The company is likely to reveal more details in Q1 2020 when the chipset will be officially released for the global market. However, leaks reveal that the MediaTek Dimensity 800 will bear the model number MT6873, which was first spotted online last month.

It is said to come with the in-house Helio M70 5G modem and an octa-core CPU comprising of two heavy-duty Cortex A76 cores and six power-efficient Cortex-A50 cores. The chip is rumored to enter commercial production in Q2 2020, which lines up nicely with news that devices powered by the new chip will launch by the middle of next year.

Apple iPhone 12: Everything We Know So Far [Updated]