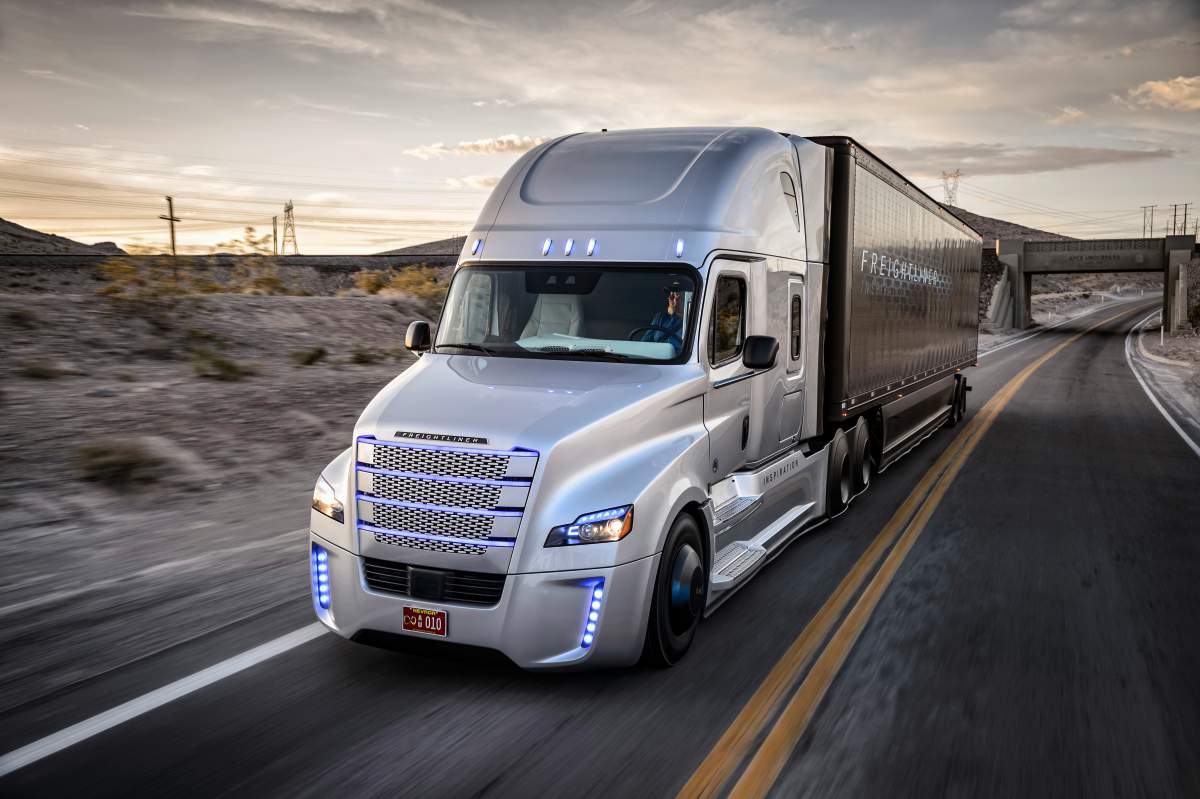 Highway driving could get less boring

The Freightliner Inspiration Truck allows drivers to cede full control of all critical functions when cruising down the highway, given appropriate traffic and environmental conditions, the company said in astatement. Like other self-driving vehicles on the market, the autonomous semi hopes to reduce accidents, road congestion and fuel consumption.

The truck isn’t a fully self-driving truck, since drivers are required to control the vehicle when exiting the highway, driving on local roads and docking for deliveries. But these sort of limited self-driving vehicles — designated level 3 by federal regulators — are paving the way towards 100% autonomous vehicles — level 4 — in which a “driver” isn’t expected to drive or control the car at any point during the ride.

The Freightliner Inspiration Truck is now one of several limited autonomous vehicles you might encounter while driving around the country. Google’s level 3 driverless cars have been licensed to hit the roads in several states for a few years, while the company is testing a prototype for fully automated cars that don’t even have steering wheels or pedals.

One of the world’s smallest countries just banned Facebook