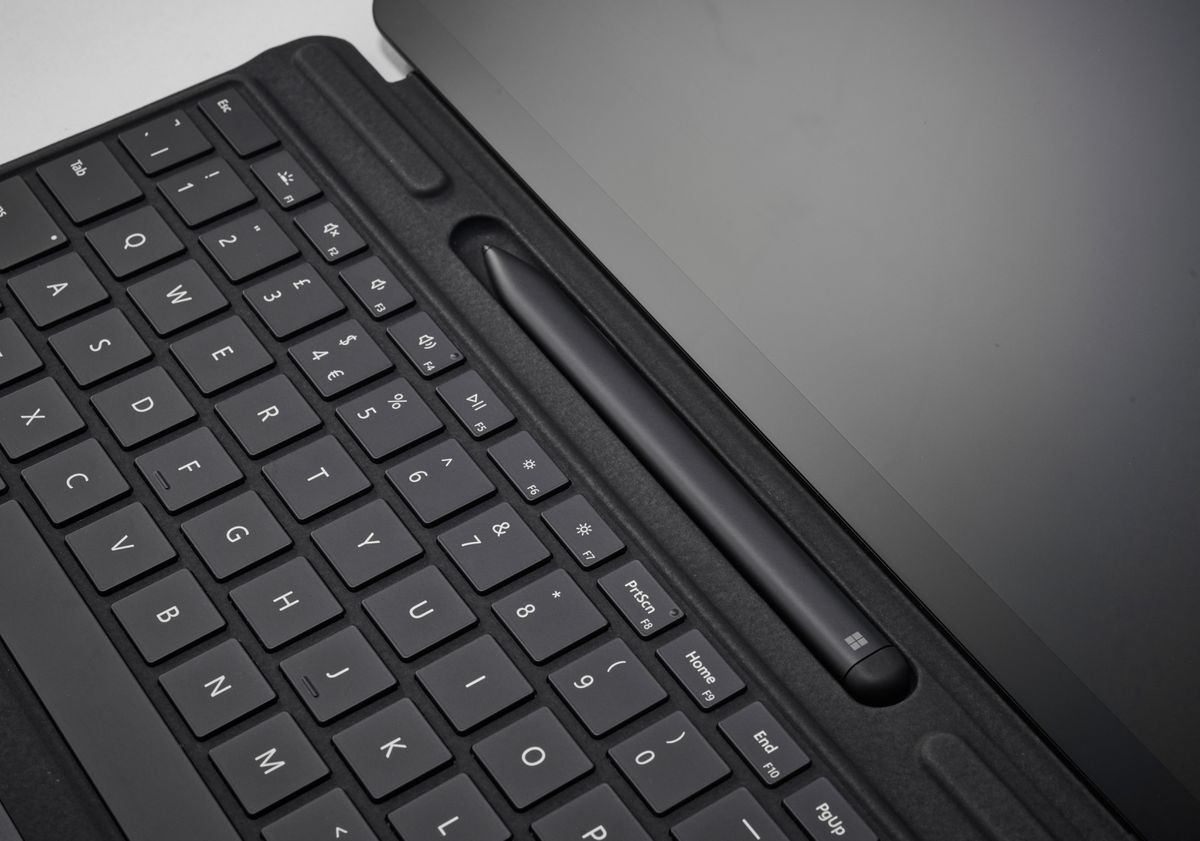 It’s rare that you see a Microsoft Surface device being promoted without its Surface Pen. It’s a key feature that is talked up regularly by the Surface team, and it’s one area ripe for innovation. The latest details show work continues to make a more intelligent Pen.

The details come from a patent titled “Stylus for Zero Force Activation” and details a system to improve the Surface Pen’s ability know when to switch to inking mode. Mayank Parmar reports:

“…Microsoft says the stylus still uses a vibrating tip to determine when the contact with a surface occurs. The patented Surface Pen also comes with a capsule that is designed to minimize the motion of the shaft and the shaft runs parallel to the length of the stylus.

“The tip has two antennas and one is connected to the shaft using a track made of metal material. There’s also a transmitter located in its tip and it can detect the position of the stylus tip, and then quickly switch to inking mode.”

Microsoft’s Surface vision has always been built around different modes of working. Think of the Surface Pro 2-in-1s with their detachable keyboards that allowed for a tablet experience with and without qwerty input. Think of the Surface Book’s outstanding feature of a laptop with a fully detachable screen? Even in the Surface Laptop, which doesn’t have a physical transformation you can still move between pen input and trackpad movements. Surface is about multiple modes, and switching between them quickly and easily.

That includes the Surface Pen. It has two modes of use. The first is the more traditional stylus-based approach to computing, replicating the ideas of a mouse or trackpad in operation. The second mode is inking mode, where your artistic flair can take over.

Allowing the Surface Pen to better understand when to switch modes, to decrease the delay in switching modes, and to create a ‘magical’ experience mixing stylus- and inking-modes, is a natural next step for Microsoft to address.

As always, a published patent does show the direction a company is taking with hardware development, but it does not guarantee that this technology will be seen on consumer devices. But some patents heel more likely to show up than others. This one feels like something we’ll be seeing in the near future.

100W wireless charging could be a thing next year