Microsoft is reportedly working on 2 new Xbox consoles for 2020, and one of them won't have a disc drive (MSFT)
Advertisement 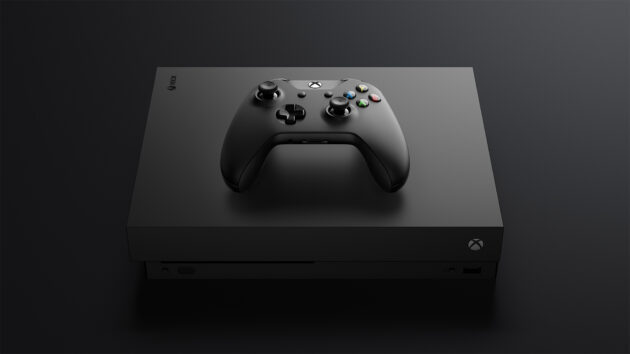 Microsoft is reportedly considering launching two versions of its next Xbox console, according to Kotaku.

Microsoft has promised a new Xbox for the 2020 holiday season, but according to a new report, the company is considering launching two different versions of the next-gen console.

The new Xbox has been codenamed Project Scarlett, but Kotaku’s Jason Schrier reports that Project Scarlett’s development has resulted in two different devices a more powerful console codenamed Anaconda and a disc-free console codenamed Lockhart. Anaconda would offer a premium gaming experience with the highest possible quality, while Lockhart would provide a more affordable price point for gamers looking to upgrade to the lastest console generation.

Microsoft is already employing a similar strategy with the Xbox One. The $500 Xbox One X is the most powerful console on the market, while the the $300 Xbox One S plays all the same games with a lower visual quality. Earlier this year Microsoft launched the $250 Xbox One S All-Digital Edition, which removes the console’s disc-drive.

Xbox games are all available digitally through the Microsoft Store, making the disc-drive optional for gaming. Microsoft’s Xbox Game Pass subscription also offers a digital library with more than 100 downloadable games for $10 per month. Removing the disc-drive lowers the final cost, and essentially guarantees long-term business for Microsoft’s online store.

Kotaku reports that Microsoft’s Lockhart would be cheaper and less powerful than Anaconda, but would still out-perform existing video game consoles. Sources told Kotaku that Microsoft wants Anaconda to be capable of 4K visuals at 60 frames per second, while Lockhart would run games at 1440p and 60 frames per second. Both consoles will benefit from a solid state hard drive that will drastically improve loading times compared to current consoles.

Since confirming the release window of Project Scarlett in June, Microsoft hasn’t shared much information on the new Xbox. In October Sony revealed that the PlayStation 5 will be launching during the 2020 holiday season as well, and the company has slowly been teasing new details.

Whether it’s picking Xbox versus PlayStation or choosing between two versions of Project Scarlett, it looks like gamers will have plenty of choices to make to next fall.

What Happens When You Uninstall Google Photos App